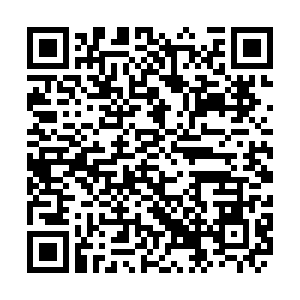 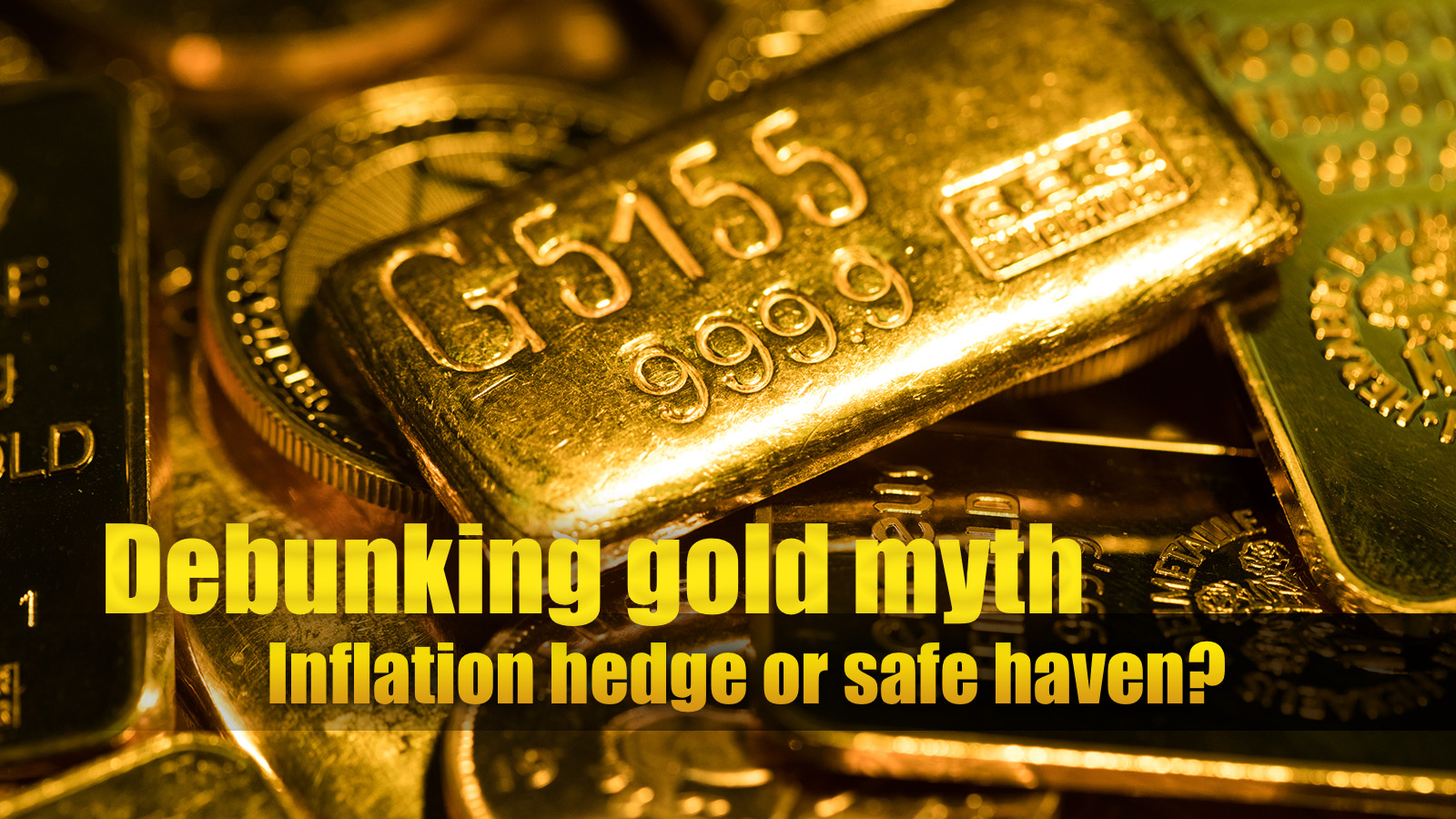 Editor's note: Gold is under the spotlight as one of the best-performing mainstream assets in recent times, with price rallying by more than a third this year. Given global policymakers' unprecedented stimulus packages to deal with the COVID-19 economic blow and going-down safe bonds yields, investors are racing to gold. But is it a wise thing to do? The following story will provide thought-provoking perspectives that may change the conventional perceptions of gold.

Campbell Harvey is a professor of finance at Duke University and former president of the American Finance Association. The article reflects the author's opinions, and not necessarily the views of CGTN.

Gold is unique in that it has been around for millennia. We can't say this for any stock, bond or currency. Claude Erb and I began our research in 2013 with the following question. Does gold hold its value over time?

We started with a fascinating example. 2,000 years ago the Romans kept very detailed records. We were able to figure out what Roman Centurions were paid – in gold. Their annual wage was 38.6 oz. of gold. Using today's gold price, that wage was very close to a U.S. army captain's wage. Hence, this is consistent with the idea that gold holds it value over the very long term. This implies that the long-term average of the inflation adjusted price is a good benchmark for valuation.

The exhibit shows the inflation-adjusted price over the modern period of gold trading. The inflation-adjusted price is sometimes above the average and sometimes below. Indeed, investors buying gold at the two previous highs, January 1980 and August 2011, would have lost 55 percent and 28 percent over the next five years. Investors buying at the lowest prices would have done well.

My current research with Claude Erb and Tadas Viskanta debunks the inflation hedging myth. Gold is just too volatile compared to inflation over shorter horizons (10-years). There are full decades where gold fails to hedge inflation. We also examined one-year horizons and looked at the correlation between gold price changes and surprises in inflation. Ideally, you want a positive correlation – when inflation surges you want gold to rise. We found no correlation. While gold is a good hedge over millennia, it is unreliable in the shorter horizons – and a "short" horizon could be a century.

Our earlier paper looked at the safe haven argument too. We documented numerous economic and currency crises and showed that, again, gold was an unreliable safe haven. Gold is just too volatile. Indeed, the volatility is not much different than the S&P 500 volatility.

It is also important to look at recent price movements. Expected inflation is a modest 1.6 percent over the next 10-years, yet gold has surged. That is inconsistent with the story that people are buying gold to hedge unexpected inflation. Is it the case that the investors in the bond market have one inflation expectation and gold investors another? I think that is unlikely. Also, the stock market is very sensitive to economic disasters. If investors are buying gold to hedge an economic disaster, why is the stock market at an all-time high?

This brings us to the third explanation. Gold is just a speculative asset. In March of 2020 in the midst of the worst month of the COVID-19 crisis, the stock market plunged. Simultaneously, gold fell sharply and other so-called safe haven assets like bitcoin, also plummeted. In a "risk off" situation, investors dump speculative risky assets and they dumped stocks, gold and bitcoin and sought safe assets like cash and U.S. government bonds. When the market turned to "risk on," investors shifted back to stocks driving stocks up. Gold and bitcoin followed. This behavior is consistent with gold being a speculative rather than a hedging asset.

However, there might be a reason to believe that "this time is different": the emergence of Exchange Traded Funds (ETFs). In the past, it was difficult for the average investor to hold gold. If you bought bullion, you would have to vault it. It was not easy to buy or sell or transport the gold. Now, you can buy a stock backed by gold. Our paper shows there is a close association between the gold holdings of the top ETFs and the price of gold. 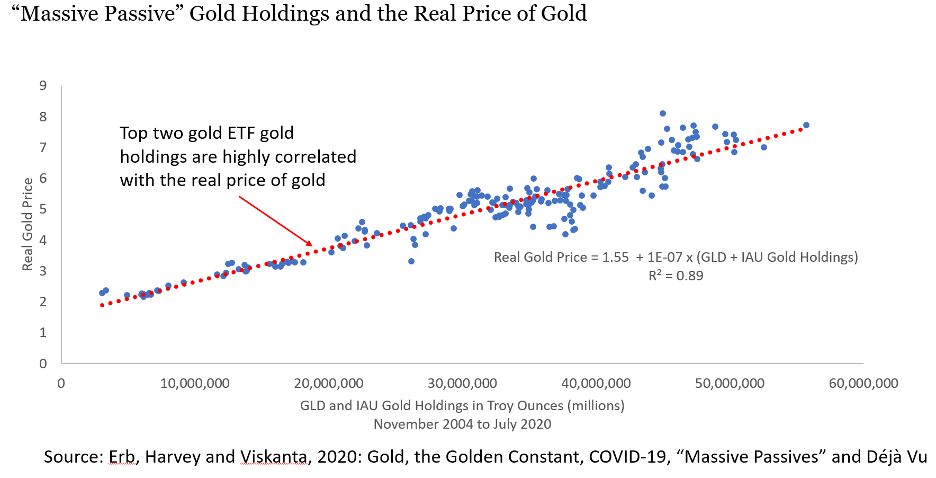 What does this mean? Essentially, investors are buying more as the price goes up. The investors appear to be "buy high – sell low" investors – the exact opposite of what I teach my students. Indeed, Warren Buffett famously called these investors "bandwagon" investors: "As 'bandwagon' investors join any party, they create their own truth – for a while."  So these investors that are buying "high" believe that the price will go even higher. As they buy, they "create their own truth" because the price increases – validating their investment thesis. However, at some point, the party ends. Selling ensues and many have to face the fact that they are selling "low."

As 'bandwagon' investors join any party, they create their own truth – for a while.
-  Warren Buffett

It is interesting that the two narratives in our research have similar implications. If the inflation adjusted price of gold reverts to the long-term average, then gold will fall. If investors are overwhelmed with "irrational exuberance" and continue to buy gold, there will eventually be a correction when the party ends.

Investors should take one important item into account. Do you want to be a buyer at all-time high prices?

(If you want to contribute to CGTN's business analysis and commentary section, please write to biz@cgtn.com)