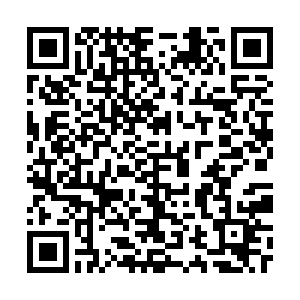 A hashtag with the handle "Terracotta Warriors on Shaanxi car license plates" has become a trending topic on Sina Weibo, where netizens usually discuss social issues and share internet memes. 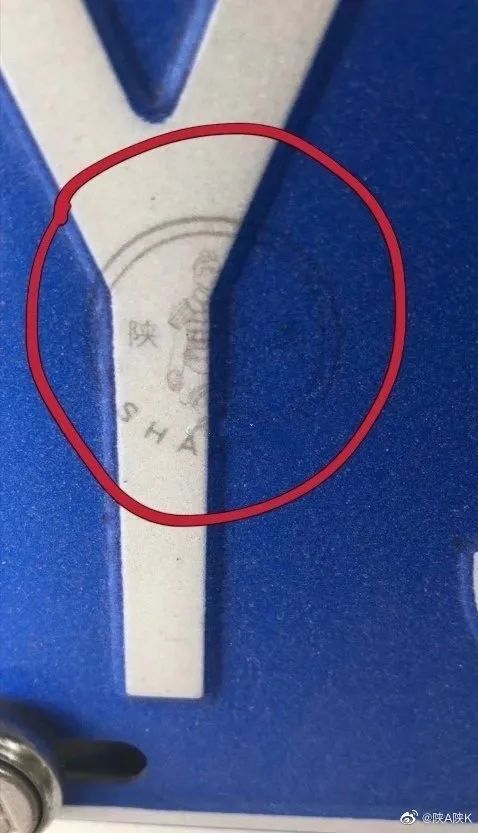 Netizens using the hashtag revealed a a small picture on their license plates. A terracotta warrior is clearly seen in the center of a round watermark with Shaanxi in Chinese characters on both sides while below are the English letters, Shaanxi. 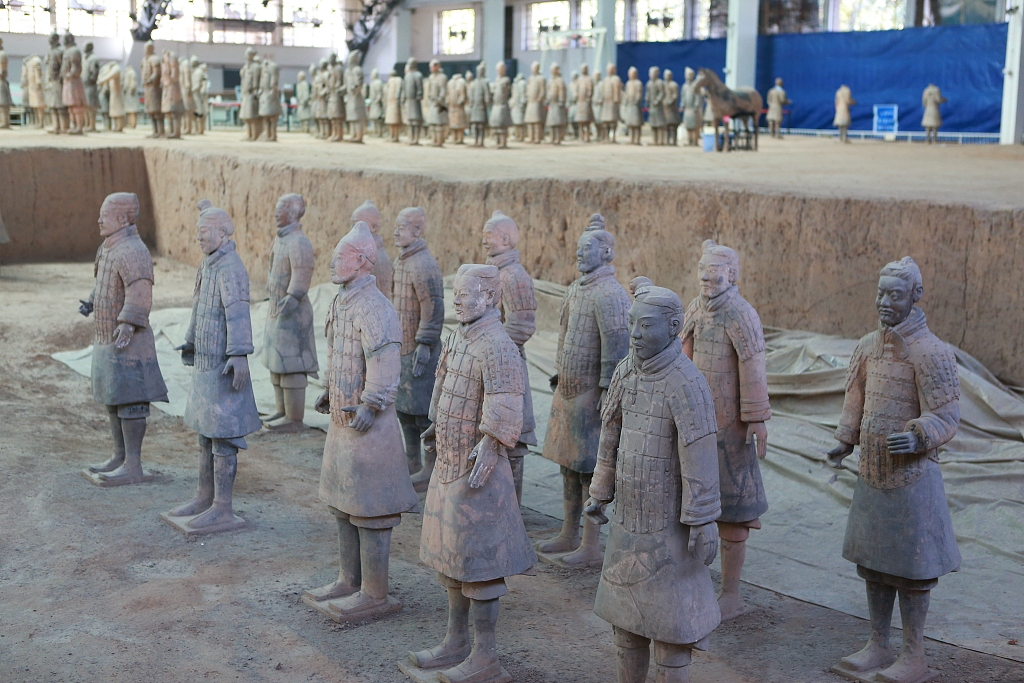 The terracotta warriors in the Emperor Qinshihuang's Mausoleum Site Museum in the provincial capital of Xi'an are a must-see for tourists and entered the World Heritage List in 1987.

Netizens from other regions have jumped on the bandwagon to show off the watermark on their plates. 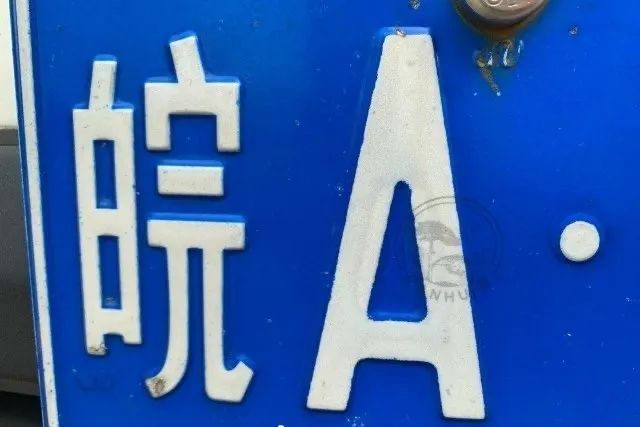 A Greeting Pine is printed on Anhui's license plates. /Weibo

A Greeting Pine is printed on Anhui's license plates. /Weibo

In the east China's Anhui Province, the Greeting Pine, a local symbol, is used as the watermark on the plate. The pine is well-known as the most famous tree growing up from rocks on Yuping Peak of Mount Huangshan, which is 1,680 meters above sea level. Mount Huangshan was inscribed on the World Heritage List in 1990. 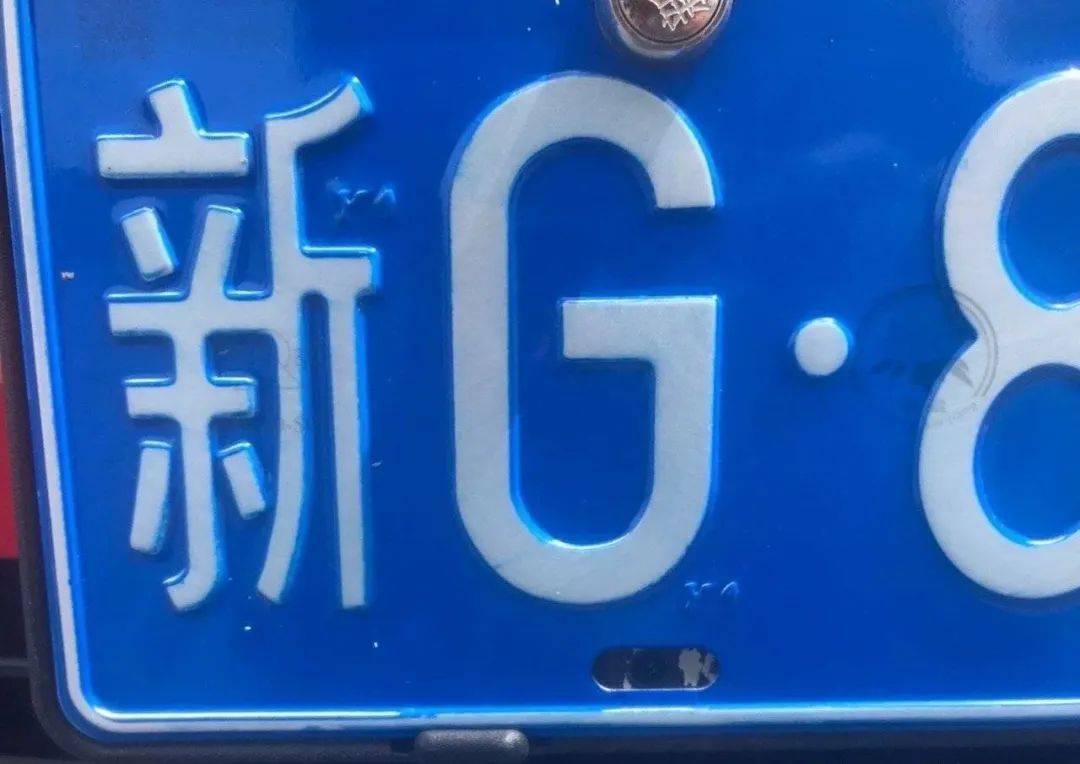 A snow lotus is printed on a license plate from Xinjiang Uygur Autonomous Region. /Weibo

A snow lotus is printed on a license plate from Xinjiang Uygur Autonomous Region. /Weibo

Xinjiang Uygur Autonomous Region also uses a local plant on its license plates. Printed on the plate is a snow lotus, which grows on the region's Tianshan Mountains and is able to blossom in winter. 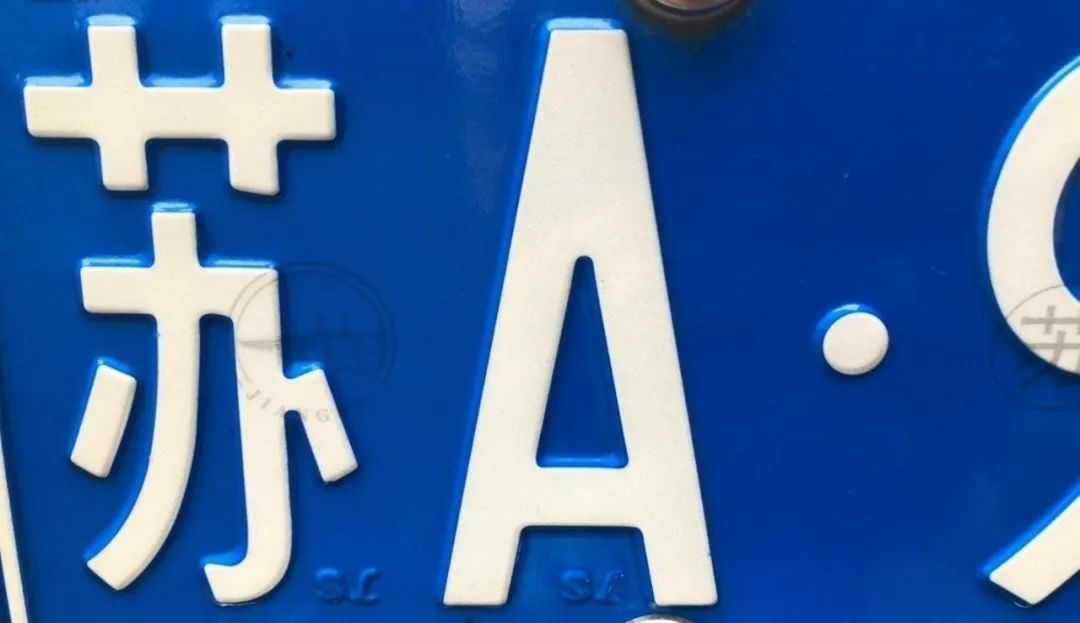 The Nanjing Yangtze River Bridge is seen on license plates issued by the east China's Jiangsu Province. Built in the 1960s, the bridge is famous for its double-decker design with cars on the upper level and railways on the lower level. The domestically-designed and built structure was the first road-cum-rail bridge over the Yangtze River. 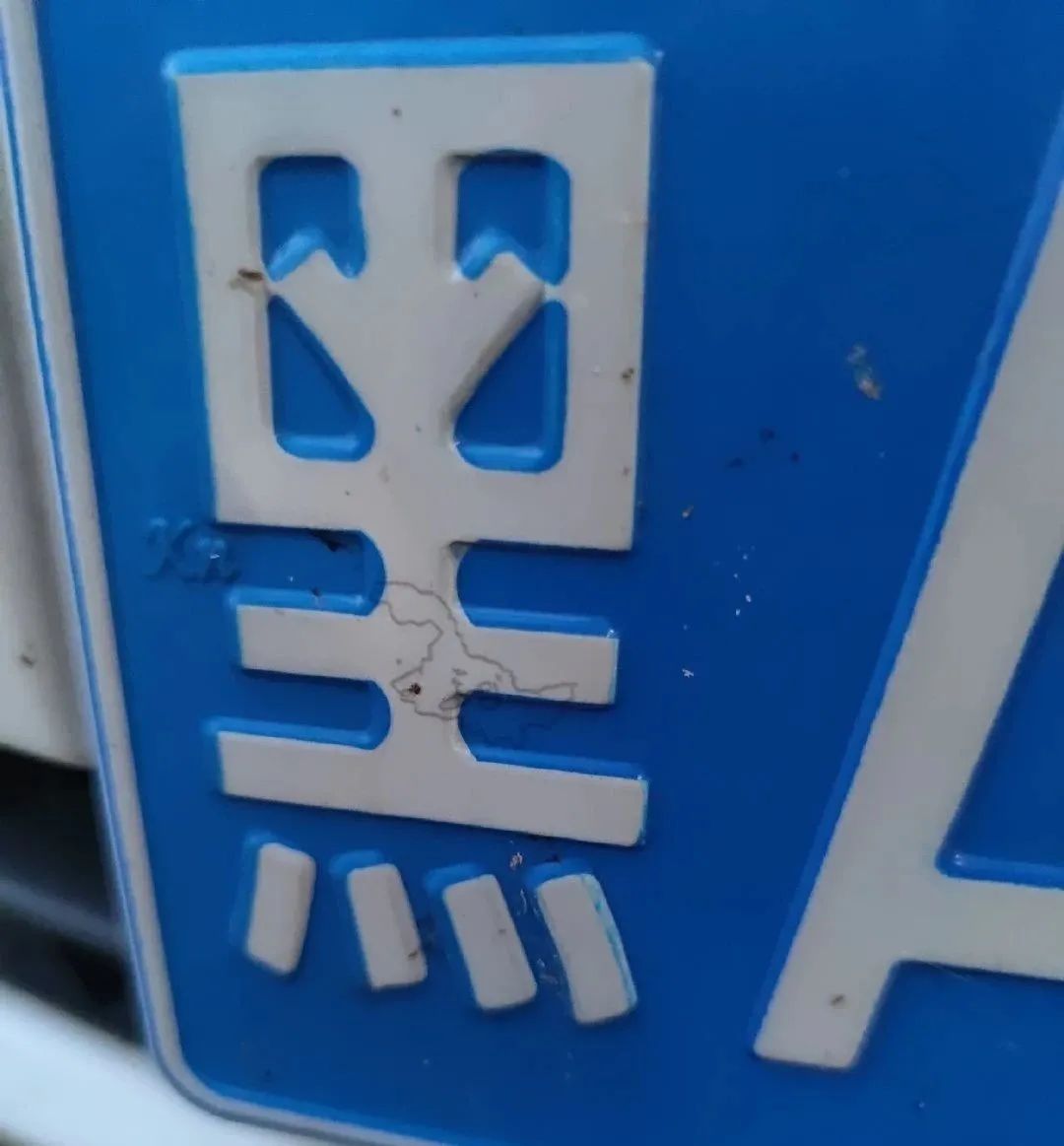 A map watermark is printed on a Chinese character. /Weibo

A map watermark is printed on a Chinese character. /Weibo

More straightforwardly, the northeastern province of Heilongjiang chose its provincial map as its watermark.

Some provinces use animals synomymous with the local area to be the watermarks on their license plates. An image of a giant panda is printed on Sichuan's license plates. /Weibo

An image of a giant panda is printed on Sichuan's license plates. /Weibo

On the license plate issued by Sichuan Province, a giant panda is printed. The southwestern basin is home of the highly endangered giant pandas. Wolong, Mt. Siguniang and Jiajin Mountains make up the Sichuan Giant Panda Sanctuaries, which were included on the World Heritage List in 2006 and are home to more than 30 percent of the world's pandas. 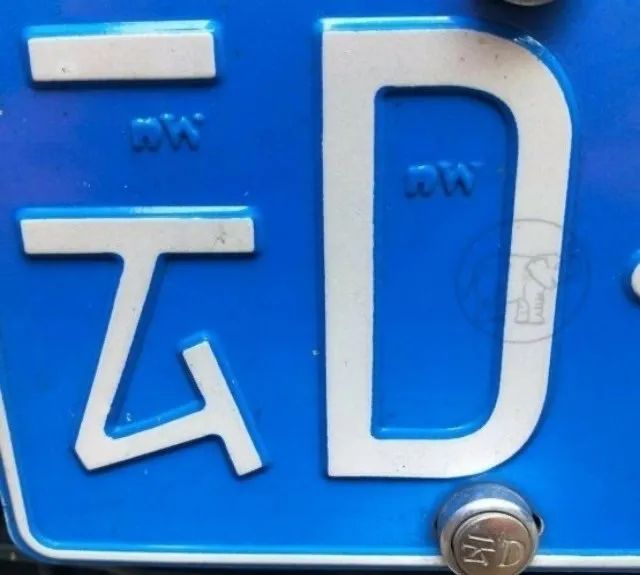 Yunnan Province, the only elephant habitat in the country, uses an elephant on its plates. The wild elephant population has reached over 300 in China, up from around 100 in the 1990s. 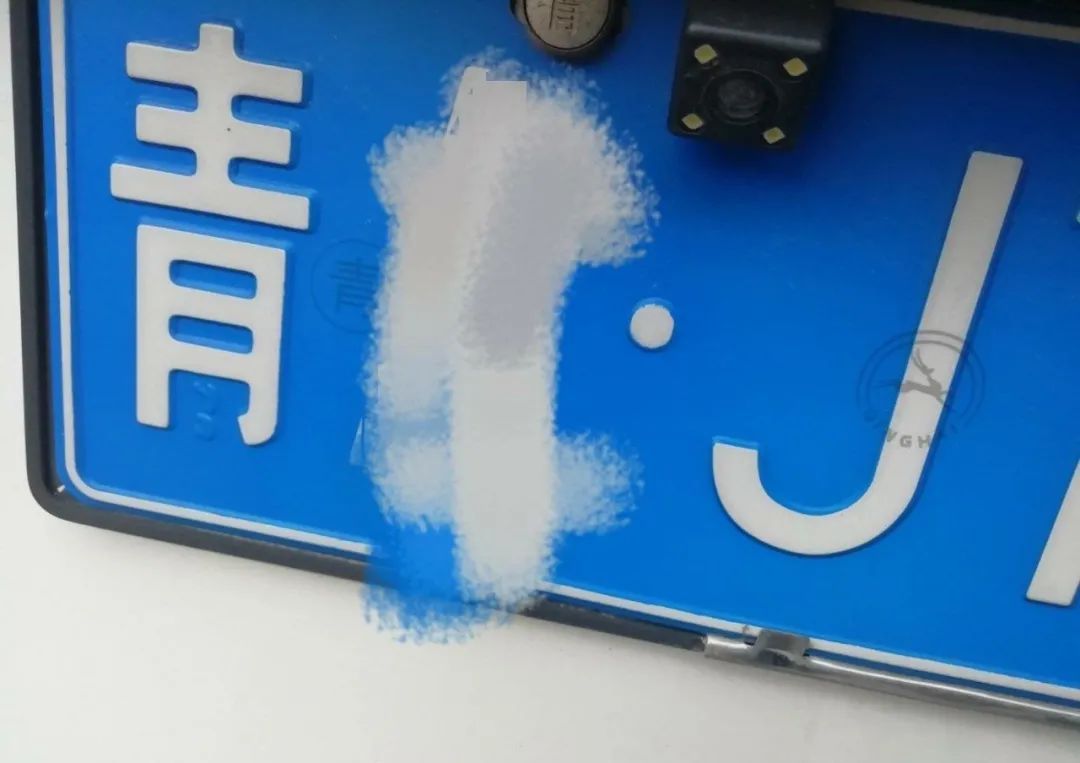 A leaping Tibetan antelope is marked on the license plate of Qinghai Province as Qinghai Hol Xil is the main habitat of the threatened species. 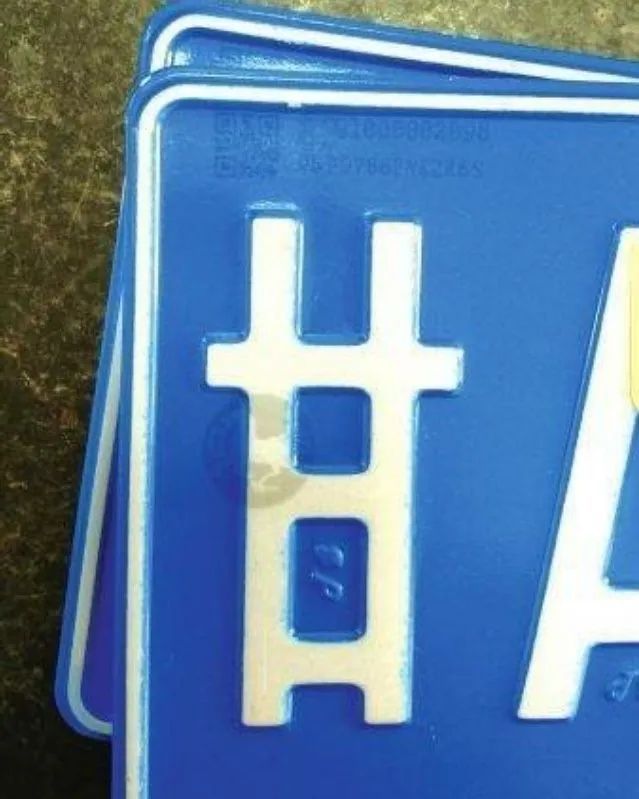 A galloping bronze horse is the watermark on license plates from Gansu Province. /Weibo

A galloping bronze horse is the watermark on license plates from Gansu Province. /Weibo

On the license plate of Gansu Province, a galloping horse is marked, inspired by the province's cultural relic, the bronze horse. It was unearthed in 1969 in the Leitai Tomb of the Eastern Han Dynasty (25-220) and is also used in the logo of China Tourism.

"How about Tianjin? Jianbing, the Chinese pancakes, should be on the license plate of Tianjian," @Saiyanliumomo said on Weibo.

A Chinese car license plate is usually issued by municipalities, like Beijing, Shanghai, Tianjin and Chongqing, or provinces and are made up of a Chinese character, English letters and numbers.

The Chinese character and English letters before an embossed dot cannot be decided by car owners as they represent the province or the city. Numbers and letters after the dot can be selected by car owners or are randomly selected.