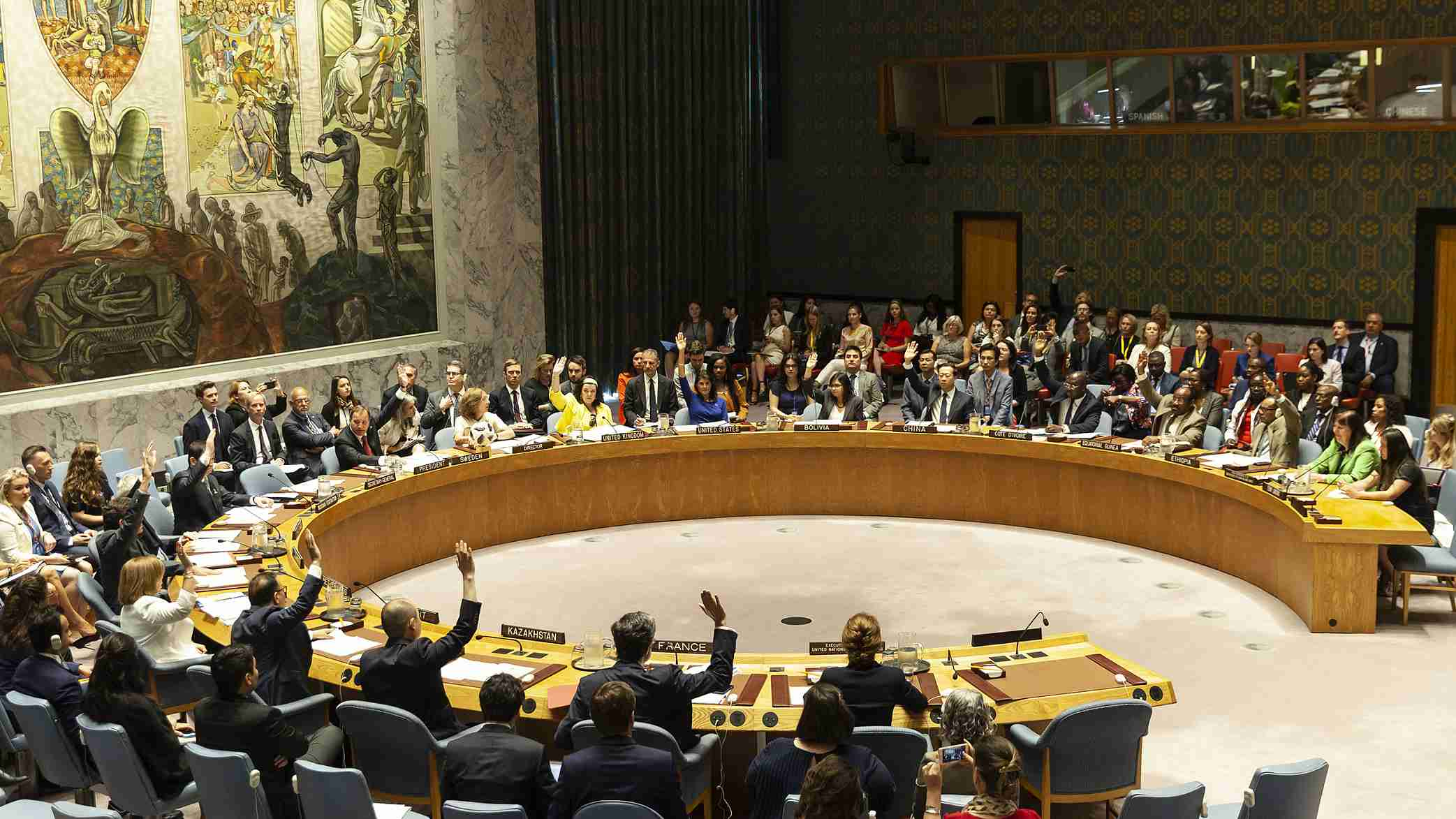 The United Nations Security Council on Friday rejected a resolution tabled by the United States that would extend the current arms embargo against Iran.

The draft resolution failed to get the required nine votes in favor of adoption. China and Russia opposed and eleven members abstained, including France, Germany and the United Kingdom. The U.S. and the Dominican Republic were the only votes in favor.

China's Ambassador to the UN Zhang Jun said in a statement after the vote that the result "once again shows that unilateralism receives no support and bullying will fail."

The U.S. has become increasingly isolated over Iran at the Security Council since President Donald Trump pulled it out of the Iranian nuclear deal in May 2018. "The Security Council's failure to act decisively in defense of international peace and security is inexcusable," U.S. Secretary of State Mike Pompeo said in a statement ahead of the council announcing the results of the vote.

France, Germany and the United Kingdom – who, along with China and Russia, signed the deal with Iran – have voiced support for extending the conventional arms embargo but their priority is to preserve the Joint Comprehensive Plan of Action.

The United States may now trigger a return of all UN sanctions on Iran using a provision in the nuclear deal, known as snapback, even though the U.S. abandoned the accord in 2018.

"In the coming days, the United States will follow through on that promise to stop at nothing to extend the arms embargo," U.S. Ambassador to the UN Kelly Craft said in a statement, suggesting the move could start as early as next week.

Diplomats have said such a move would put the fragile nuclear deal further at risk because Iran would lose a major incentive for limiting its nuclear activities and plunge the Council into one of its greatest ever diplomatic crises.

"Imposition of any sanctions or restrictions on Iran by the Security Council will be met severely by Iran and our options are not limited," he said in a statement. "And the United States and any entity which may assist it or acquiesce in its illegal behavior will bear the full responsibility."

Under Security Council Resolution 2231, which endorsed the July 2015 nuclear deal, the arms embargo against Iran expires on October 18. 2020. The U.S. draft resolution sought to extend the embargo indefinitely.