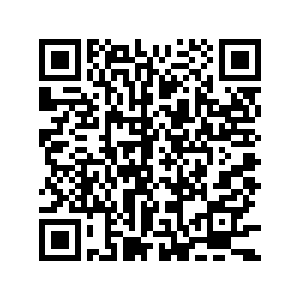 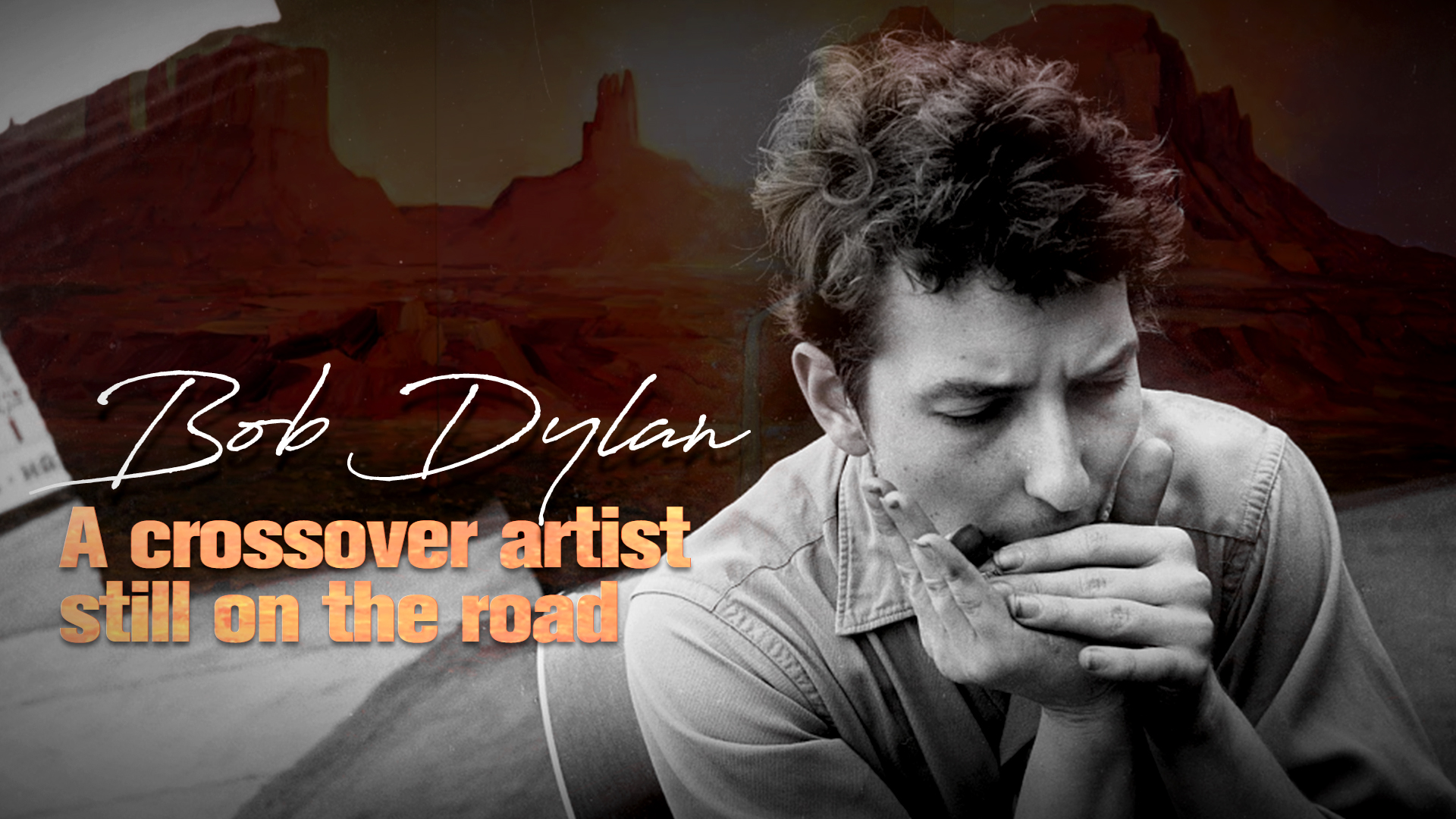 At the age of 79, Bob Dylan is still producing new works and making breakthroughs. His latest global exhibition resonated with audiences from different generations, especially during the pandemic period.

A forum themed on Bob Dylan and his latest exhibition was held at Today Art Museum in Beijing on August 13. The curator of Today Art Museum and Modern Art Museum spoke at the forum. Musician Yang Haisong, subeditor from "Life Week" Zeng Yan and other guests were invited to share their perspectives on Dylan's literary attainment, music and poetic expressions.

After the forum, a live concert was held at the venue. Band "The Face" performed onstage and said they wanted to show their respect and understanding of Dylan through music. 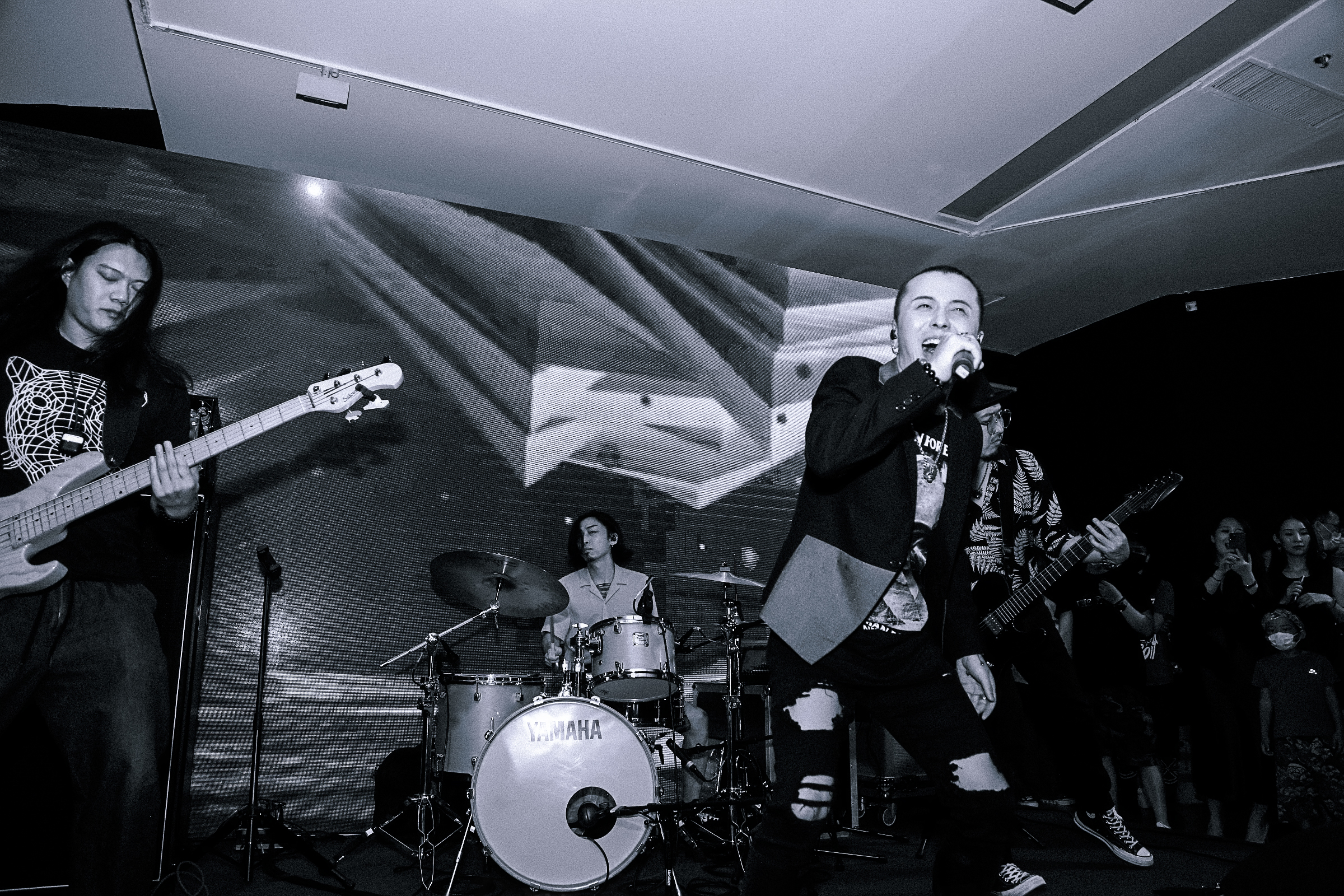 Bob Dylan is one of the most influential and groundbreaking crossover artists around the world.

He has released 39 studio albums, 94 singles, 50 music videos and 12 live albums since 1961. His worldwide best-selling memoir, "Chronicles Vol. 1," spent 19 weeks on the New York Times Best Seller List in 2004. In 2016, he was awarded the Nobel Prize for Literature by the Swedish Academy "for having created new poetic expressions within the great American song tradition." 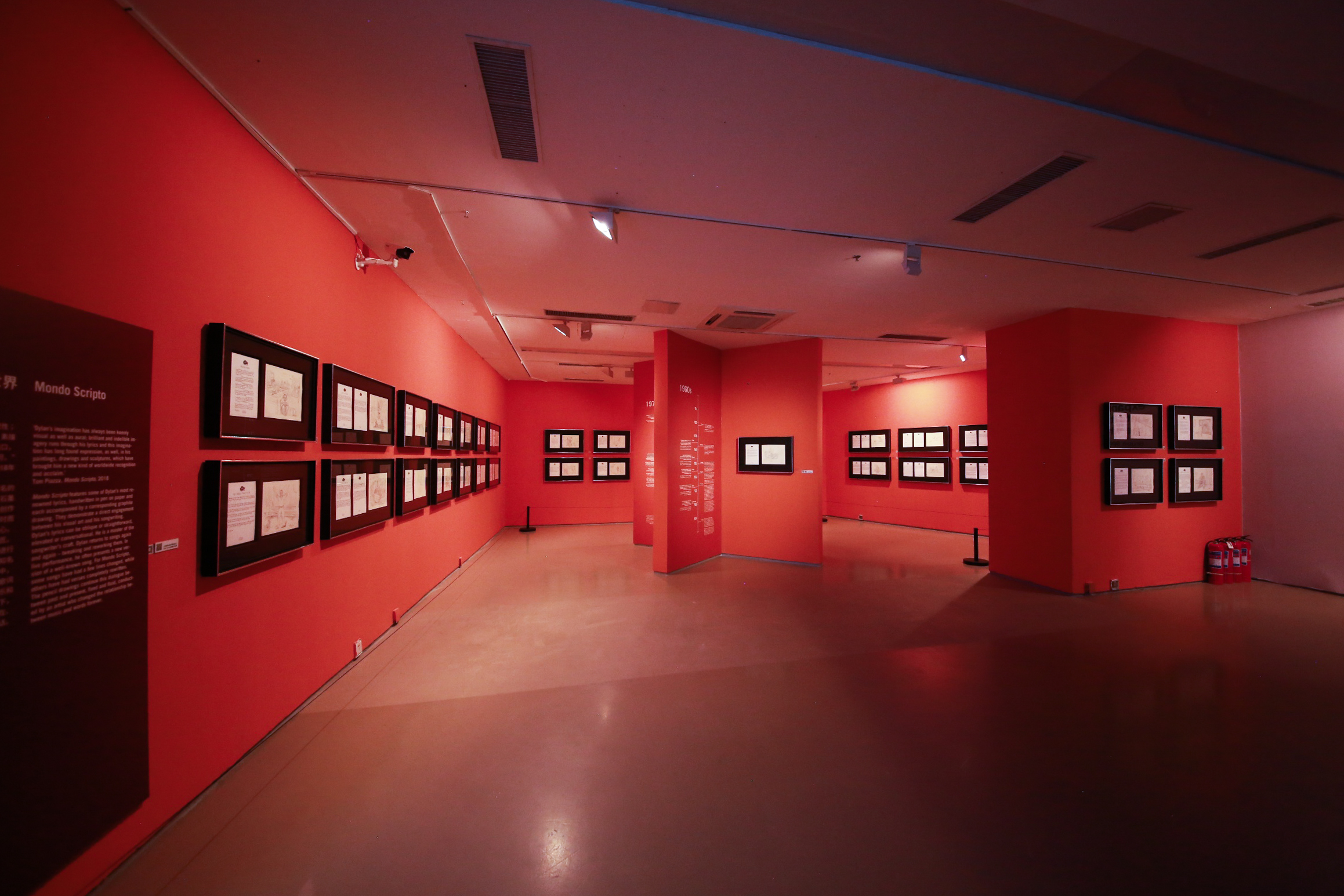 Apart from his music and literature talents, his visual artworks have further burnished his popularity and acclaim in recent years. His first gallery exhibition, The Drawn Blank Series, was held in 2007 at Kunstsammlungen Chemnitz in Germany. 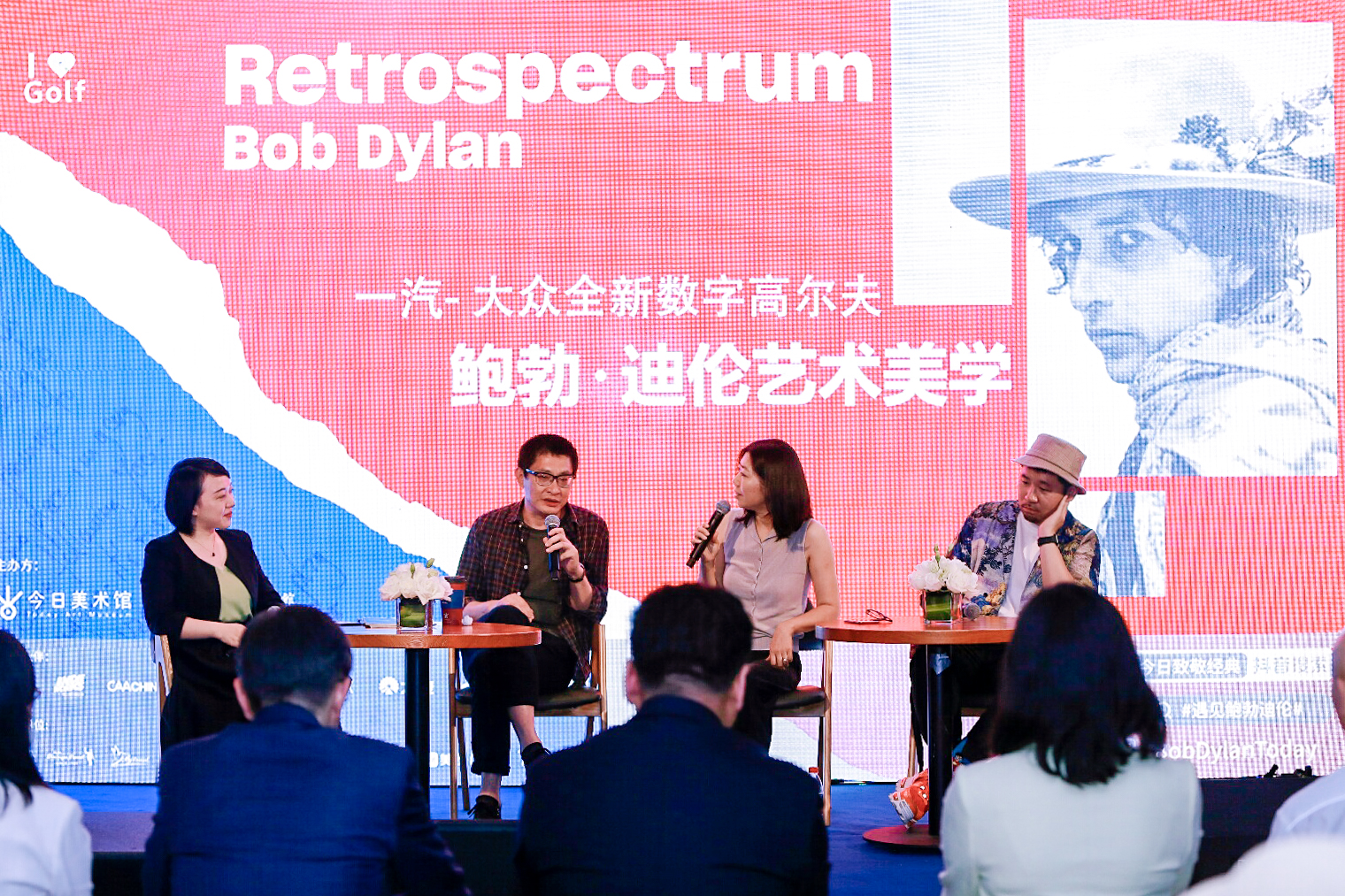 Always on the road

"Forever young, like a rolling stone, this state of being young is a positive message that Bob Dylan is sending to us today. The exhibition has become a platform for topics," Yan Yan, the associate curator of Today Art Museum, told CGTN.

"At the age of 79, he is still on the road," Yan said, adding that Dylan's 2019 painting "Sunset Monument Valley" left a deep impression on her. 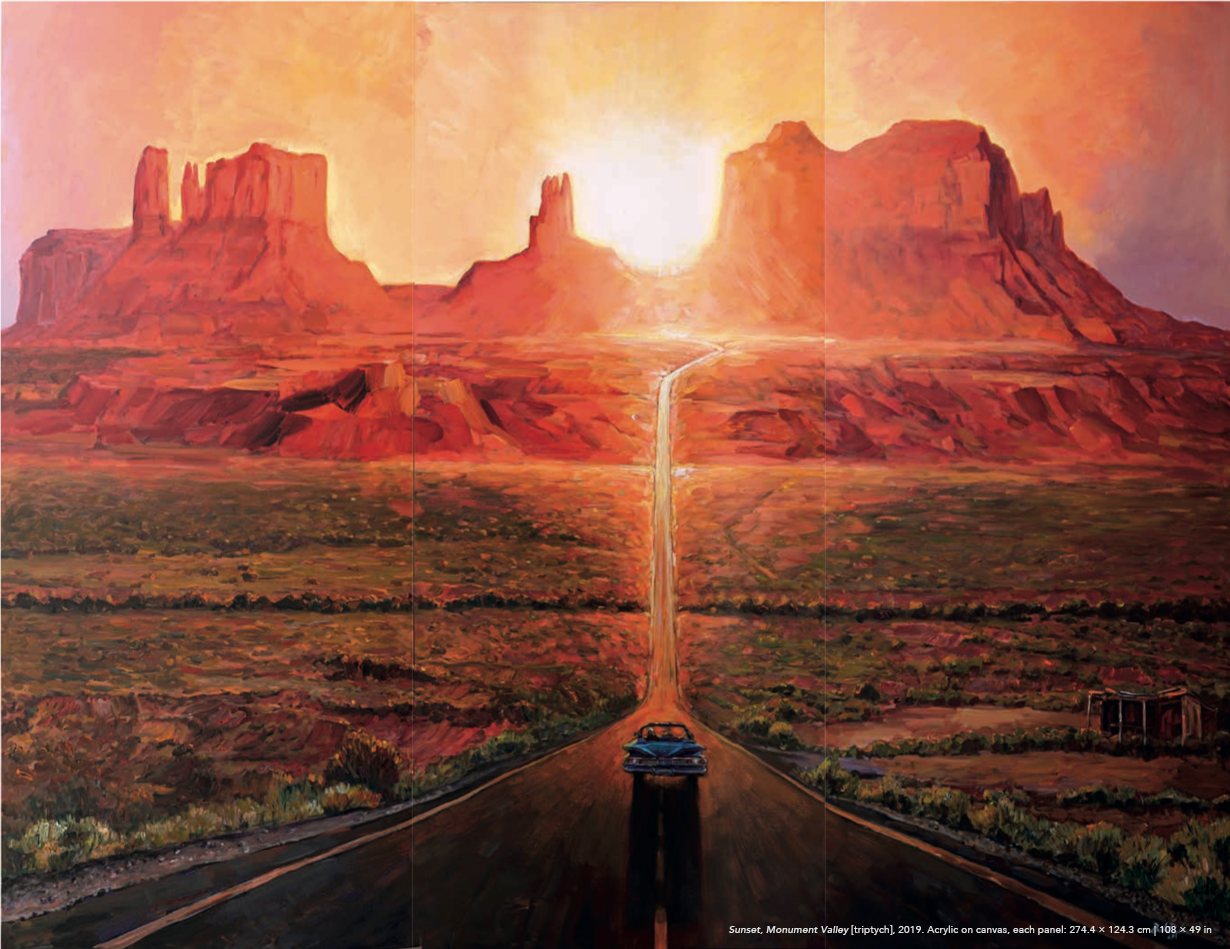 "This work represents Bob Dylan's 60 years of continuous innovation on the road. All his spiritual energy and action are continued ceaselessly through such a task," according to Yan, this also brings up more reflections about our own roles in times of adversity.

The painting also resonated with visitor Liu Jing. "Under the current pandemic situation, we are restricted from traveling on the highway," Liu said. "So When I come to this exhibition and see so many huge paintings of the American countryside, I feel very calm and healing."