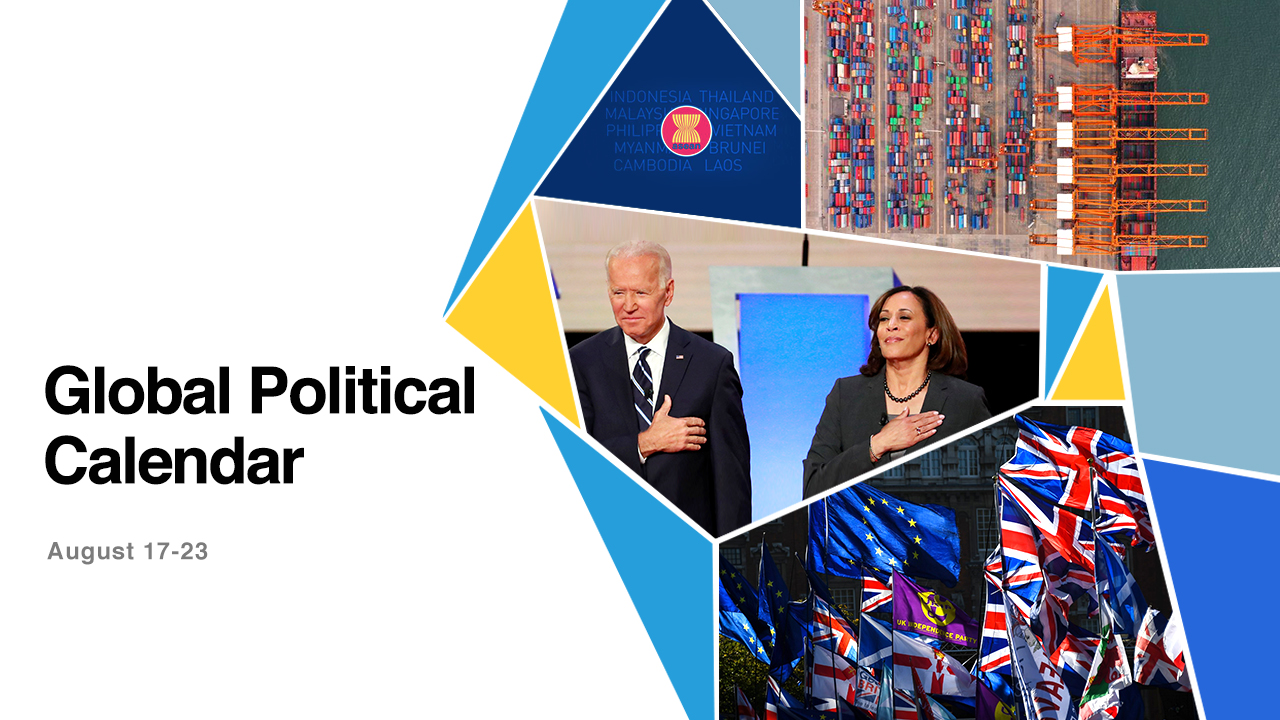 The U.S. Democratic National Convention will be held on Monday, August 17 (to August 20) and the seventh round of Brexit negotiations will also start on Monday (to August 21).

The Democratic National Convention, a convention for the U.S. Democratic Party to formally nominate candidates for president and vice president, begins on Monday, August 17, and runs through Thursday, August 20, in Milwaukee, Wisconsin.

Because of the COVID-19 epidemic, the quadrennial event this year will have most party delegates and party speakers cast the roll call vote and deliver speeches from remote locations. Former President Barack Obama and former Democratic nominee Hillary Clinton are scheduled to speak.

Former Vice President Joe Biden and California Sen. Kamala Harris are set to accept the nomination for president and vice president on Wednesday and Thursday.

Seventh round of post-Brexit talks

A new round of Brexit negotiations will start on Monday, August 17, for the UK and EU to continue discussing their future trade and relations as the UK's EU membership will expire by the end of 2020.

The previous talks haven't seen much major breakthrough as the two sides saw significant differences on some fundamental issues such as fair competition. This round of talks will probably serve as a foundation for future major achievements as some experts have predicted.

Monday: Democratic National Convention (to August 20); seventh round of Brexit negotiations (to August 21).

Wednesday: World Humanitarian Day; 28th anniversary of the failed Soviet coup against Mikhail Gorbachev, which accelerated the collapse of the Soviet Union.

Friday: 7th anniversary of nerve gas attack that killed hundreds of people in rebel-held neighborhoods on the edge of Damascus.

Sunday: 31st anniversary of the Baltic Way, a human chain of people in 1989 stretching from Vilnius to Tallinn to mark solidarity in the struggle for independence from the former Soviet Union.