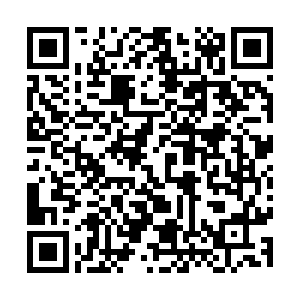 Pakistan and India both won independence from British colonial rule in August 1947.

But the Kashmir issue, a dispute rooted in the region's colonial history, remains a flashpoint 70 years on.

Due to the COVID-19 pandemic, both countries scaled down their independence festivals this year – August 14 for Pakistan and August 15 for India – but the respective leaders still raised Kashmir in their messages to citizens. 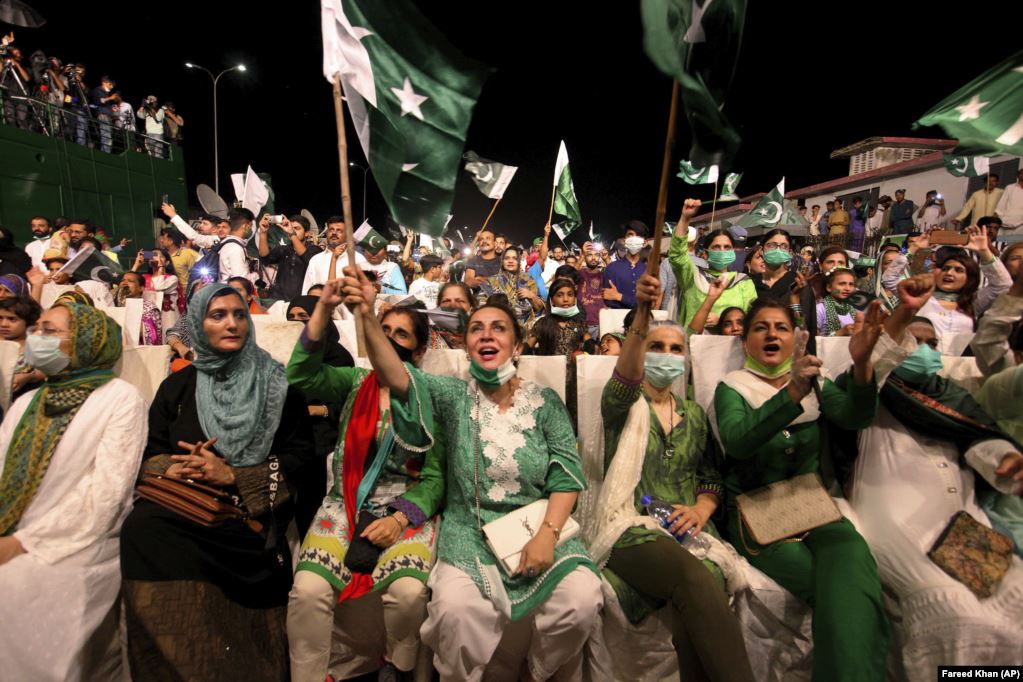 "This one year is a year of the new journey of development for Jammu and Kashmir," Modi said at the Red Fort in Delhi on Saturday, adding that refugees, women and the Dalit in the region now receive more rights and enjoyed more dignity.

Pakistan's Prime Minister Imran Khan, in his televised speech on Friday, expressed solidarity with the people of Indian-occupied Kashmir and pledged that Pakistan would continue to call for international support and extend diplomatic and moral support to the Kashmiris' struggle for their right to self-determination.

One day before India celebrated the first anniversary of revocation of Indian-controlled Kashmir, Pakistan side published a new map which claims all of Kashmir as its own territory. 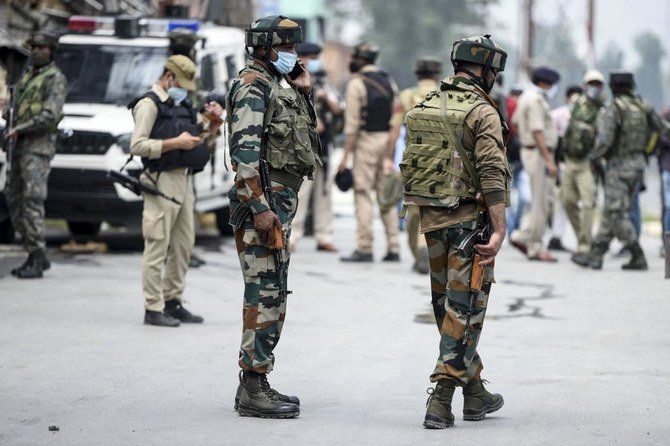 Security personnel stand guard near the site where suspected militants fired at police near Nowgam bypass in Srinagar, August 14, 2020. /AFP

Security personnel stand guard near the site where suspected militants fired at police near Nowgam bypass in Srinagar, August 14, 2020. /AFP

Since June, four high-ranking politicians from Modi's Bharatiya Janata Party (BJP) have been killed by militants in Indian-controlled Kashmir, showing how tense the situation still is in the region.

According to the Indian Defense Ministry, from April to June, India and Pakistan have exchanged heavy fire and targeted each other's positions almost every day across the Line of Control (LoC) dividing Kashmir, despite an agreement in 2003 to observe a ceasefire.

The Coalition of Civil Society said at least 229 people, including 32 civilians, have been killed in Indian-administered Kashmir in the first half of the year. 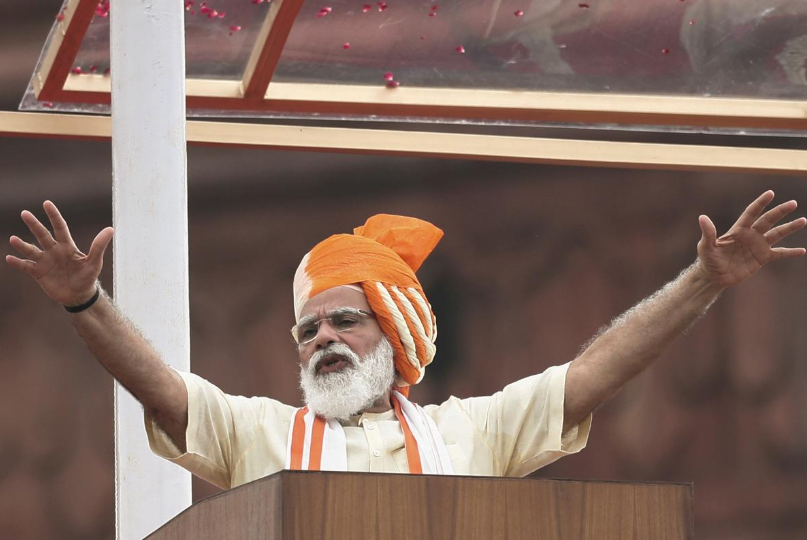 The Kashmir dispute has raised particular concern because India and Pakistan crossed the nuclear threshold in 1998. As the two nuclear powers spar, there are fears the situation could spiral out of control.

"Nine countries have nuclear weapons, but Pakistan and India are the only ones rapidly increasing their arsenals," said Professor Alan Robock of Rutgers University-New Brunswick.

Pakistan and India currently each have about 150 nuclear warheads at their disposal, with the number expected to climb to more than 200 by 2025.

"Such a war would threaten not only the locations where bombs might be targeted but the entire world," Robock warned. 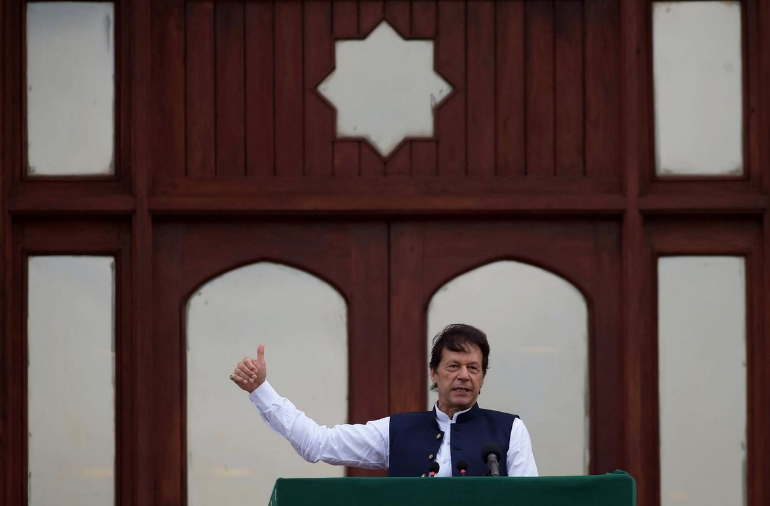 Pakistan's Prime Minister Imran Khan speaks during a countrywide "Kashmir Hour" demonstration to express solidarity with the people of Kashmir, at the Prime Minister's House in Islamabad, Pakistan, August 30, 2019. /Reuters

Pakistan's Prime Minister Imran Khan speaks during a countrywide "Kashmir Hour" demonstration to express solidarity with the people of Kashmir, at the Prime Minister's House in Islamabad, Pakistan, August 30, 2019. /Reuters

Observers believe India-Pakistan relations have further deteriorated since last year, reaching their lowest point in more than a decade. The Hindu newspaper argued the reality was that relations could get even worse.

In late June, the countries expelled half of each other's embassy officials in tit-for-tat moves. Anti-Pakistan sentiments in India have been running high as Modi has frequently used anti-Pakistan rhetoric to please his political base.

The Economist in a special report authored by Max Rodenbeck, the Economist South Asia bureau chief, pointed out that the long mutual animosity has distorted the two countries' domestic politics and damaged their development dividend.

The neighbors both have populations of more than 100 million people, but annual trade only reached 2.06 billion U.S. dollars in 2018, barely 0.1 percent of India's total trade.

The escalation of tensions in 2019 have further reduced the already low bilateral volume of trade to near zero. 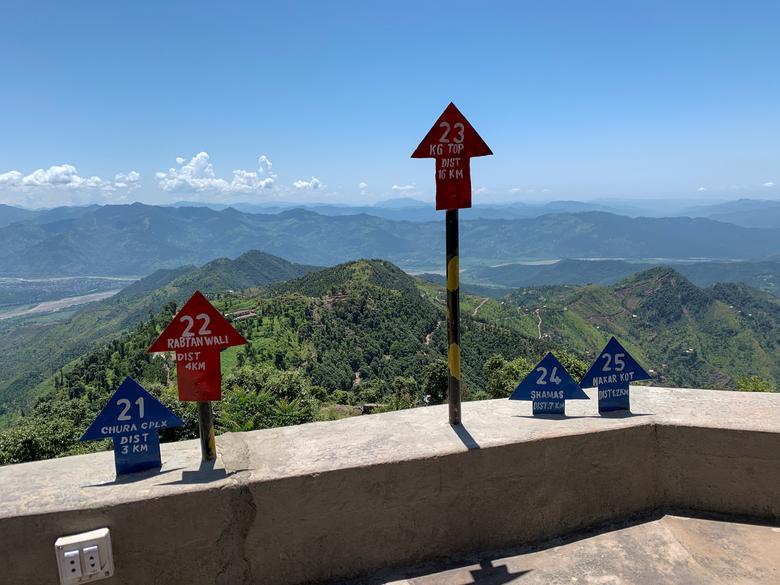 A hilltop post near the Line of Control. /Reuters

A hilltop post near the Line of Control. /Reuters

Rodenbeck said both sides should be more rational to think about the pain and costs caused by Kashmir-related issues.

COVID-19 cases are still climbing in both two countries and local authorities on Friday reported that one in five prisoners at the largest jail in Indian-controlled Kashmir has tested positive for the coronavirus.

Nobody can turn the clock back and rewrite the history, but observers hope both sides refrain from unilateral action that may complicate the current critical situation in the region.