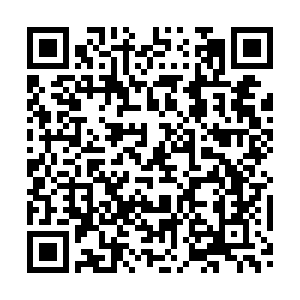 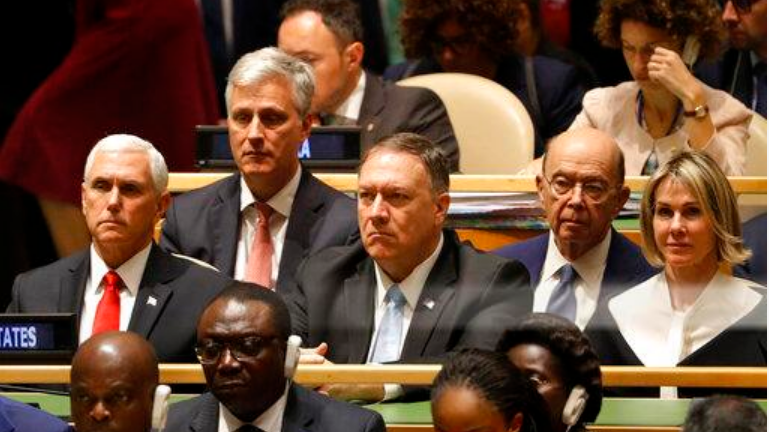 On August 14, a United States' bid to extend an arms embargo over Iran at the United Nations Security Council (UNSC) was defeated overwhelmingly. With only the non-permanent member the Dominican Republic supporting the U.S. resolution, Russia and China vetoed the motion while 11 other states (including the permanent members of the UK and France) abstained. With the extension voided, Iran will be allowed to purchase new weaponry from October.

U.S. Secretary of State Mike Pompeo, who had lobbied aggressively for the extension of the 14-year prohibition and repeatedly sought to affiliate Tehran with terrorism, said the outcome was a "mistake" and will likely attempt to trigger "snapback" sanctions against Iran, arguing it is not complying with the Joint Comprehensive Plan of Action (JCPOA). As the Guardian subheading styled it, the defeat is "highlighting Washington's isolation as it seeks more drastic action against Iran" while one senior diplomat stated of the U.S. "you can't have your cake and eat it."

Once again, the limits of the Trump administration's highly unilateral and aggressive foreign policy are being exposed. The White House believes that it has a right to simply ignore the rest of the international community when it is in the interests of America to do so and impose its will on others. This has been the pinnacle of its entire Iran policy for the past two years now. However, no matter how much Pompeo aims to demonize and smear the country, it simply remains in the broader interest of the world to sustain the JCPOA for the greater cause of peace and stability, and to uphold the deal than to destroy it, which ironically would make the path to a nuclear Iran an absolute certainty. As a result, Pompeo's attempt to push for "snapback sanctions" will again end in humiliation. 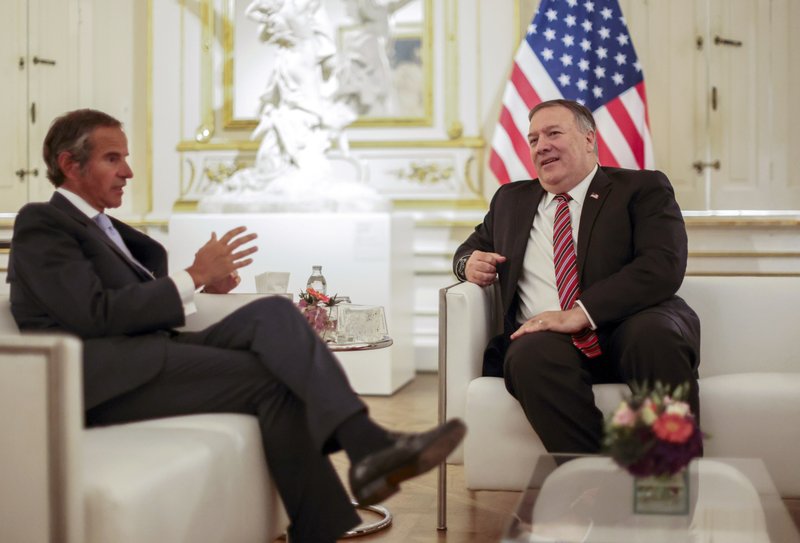 In 2018, the Trump administration unilaterally withdrew from the JCPOA, claiming that Iran was violating it. As per most things which come from this White House, the move was void of any empirical evidence and was, as again is typical, more floated on a total demonization and vilification of a country, false accusations and the demand that other countries follow suit by applying pressure on it. Thus, Washington imposed sweeping unilateral sanctions on Tehran and bullied other countries into complying, even though it was against international law to do so. The world, however, has been reluctantly pulled along, at best. Many countries, including the U.S. allies in Europe, continue to support the deal in principle and are worried that Trump's dismissal of it will bring about its total collapse, and thus produce a nuclear Iran.

As a result, when the U.S. demanded an extension of its arms embargo at the United Nations, it found little support. Pompeo seemed to believe that by repeatedly decrying Iran as a threat to the free world and associating it with terrorism (his typical style in approach to everything), other countries would heed Washington's call, yet they have not. This produced a bitter response. Yet not content with that failure, the U.S. representative to the UN Kelly Craft has now announced Washington will be seeking to impose "snapback sanctions" on Tehran. In doing so, the U.S. is aiming to use the terms and conditions of the JCPOA against Iran while refusing to be a party to it themselves. Again, this is almost inevitably doomed to fail. Humiliation beckons again.

This ultimately shines a light on the limits of a foreign policy based exclusively on unilateral bullying, as well as its blatant disregard for international law and organizations. The defeat shows that the attempt to force others to follow its will on the Iran issue clearly has obvious limitations, and that Pompeo's use of chauvinism to justify others into following America's position is not convincing as a means of diplomacy.

Ultimately, the failure lies in the administration's obsession with zero-sum outcomes and its unwillingness to compromise, accommodate or respect the will of others if it contravenes what they deem to be the national interest. As I also noted in "The collapse of WHO reform talks shows the failure of U.S. diplomacy," this approach is effectively alienating and undermining U.S. objectives, which is resulting in the country's isolation even from its closest allies.

Pompeo is ultimately running up a score and the record doesn't lie; his record is proving to be disastrous. As a whole, bullying, subduing and smearing other countries ultimately cannot compensate for skillful and reasoned diplomacy, thus on Iran the White House faces defeat.