Why U.S.' anti-China campaign will fail in Central and Eastern Europe
Ken Moak 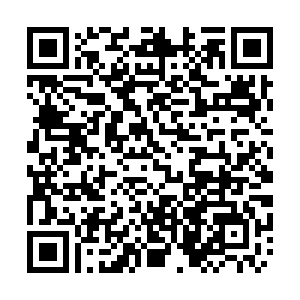 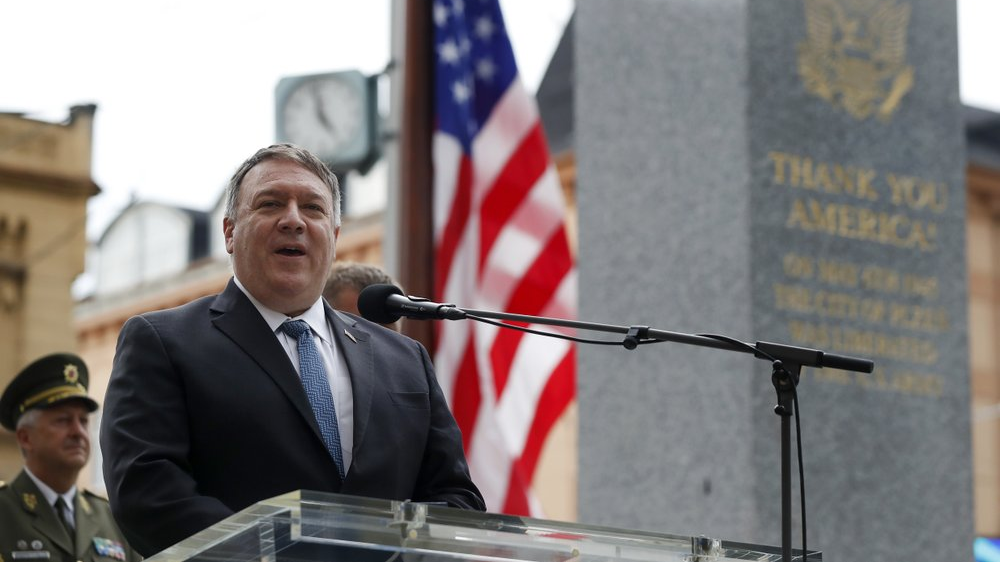 U.S. Secretary of State Mike Pompeo delivers a speech during a ceremony at the General Patton memorial in Pilsen near Prague, Czech Republic, August 11, 2020. /AP

U.S. Secretary of State Mike Pompeo delivers a speech during a ceremony at the General Patton memorial in Pilsen near Prague, Czech Republic, August 11, 2020. /AP

Editor's note: Ken Moak taught economic theory, public policy and globalization at the university level for 33 years. He co-authored a book titled "China's Economic Rise and Its Global Impact" in 2015. The article reflects the author's opinion, and not necessarily the views of CGTN.

A few days ago, U.S. Secretary of State Mike Pompeo kicked off his "crusade" against China in the Czech Republic and other Central and Eastern European Countries (CEECs) to stifle China's rise, claiming China is "a greater threat" to democracy (read U.S.-imposed world order) than the former Soviet Union because the Asian giant has economic prowess. He started in Prague probably thinking the government leaders are as anti-China as the capital city's mayor, having replaced a Chinese mainland city by Taipei as its "sister city."

However, Pompeo was probably shocked and more than disappointed when he found the central government of the Czech Republic is not on the same page as that of Prague. Prime Minister Andrej Babis told Pompeo to mind his own business, saying that the Czech Republic can decide on whether Chinese investment or tech giant Huawei will hurt its national interests.

The Czech prime minister, for example, refused to ban Huawei from the country's 5G rollout and wanted more Chinese investment for good reasons. Increased trade and investment with China were major reasons why the Czech economy fared better than those of the EU – estimated by the World Bank at 2.6 percent and 1.4 percent, respectively. Other CEECs too fared better than their Western European counterparts, in part because of the Chinese trade and investment.

Huawei's telecom equipment is more advanced and less expensive than those of Ericsson, Nokia and Samsung. The Chinese company could bring 5G network to the country sooner. And the government probably doesn't believe that Huawei or any Chinese telecom equipment would pose a national security threat to the country. After all, what reason does China have to spy on the Czech Republic and its people? They are neither enemies nor threatening each other.

Pompeo could find similar "snubs" in other CEECs where he planned to preach his "anti-China" gospel. Established in 2012 as 16+1, it became 17+1 when Greece joined the club to push for cooperation between the European countries and China. The 17+1 organization has met annually since then, primarily to focus on expanding the Belt and Road Initiative in the region.

The close collaboration between China and the 17 CEECs resulted in rapid trade and investment expansion between the two sides. Total accumulative Chinese investment reached around 10 billion U.S. dollars, with the two-way trade approaching 90 billion U.S. dollars in 2019. China also helped some CEECs in controlling COVID-19, sending medical equipment and personnel to Serbia and others. While China was sending medical aid, the EU and the U.S. did nothing but talk about helping. 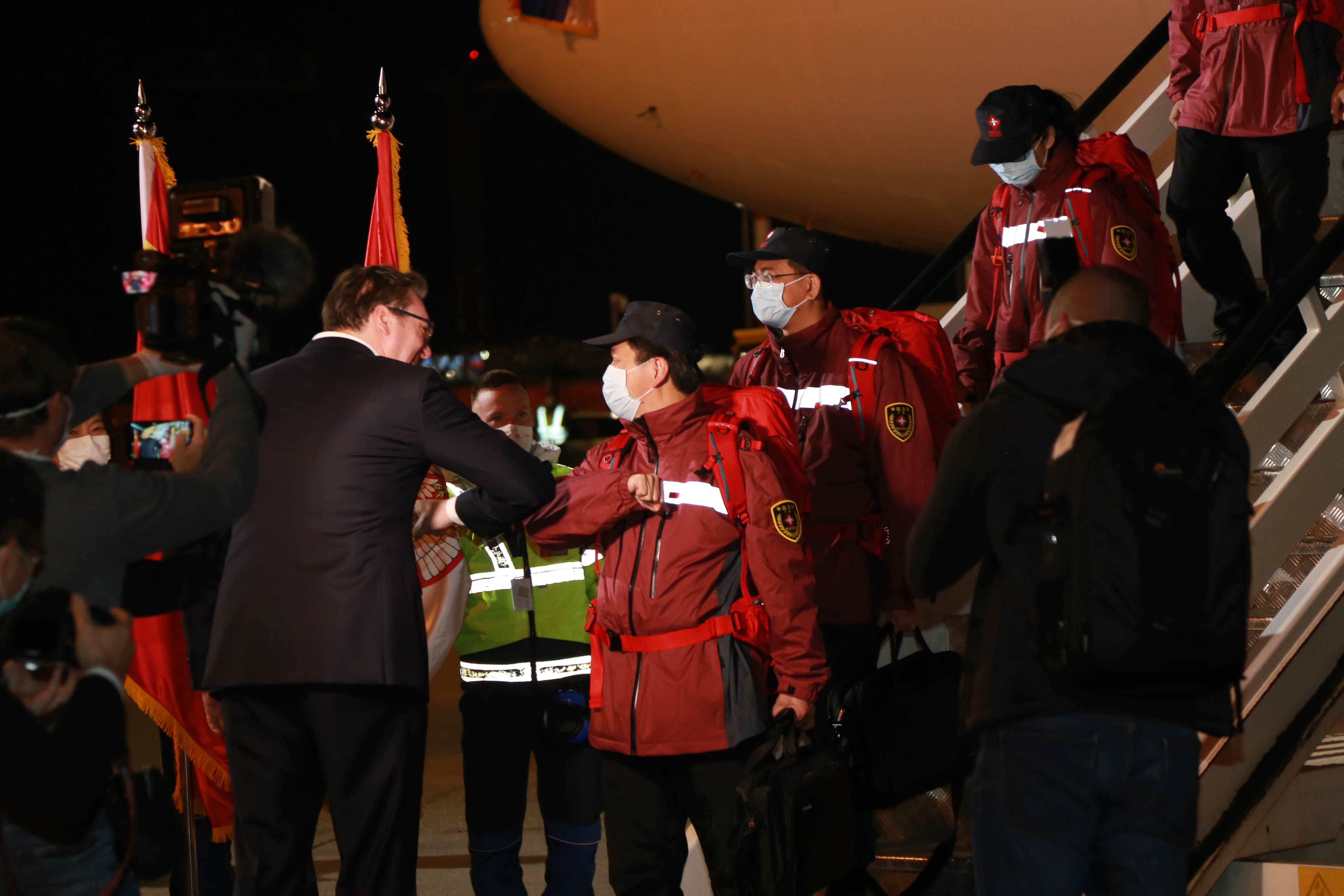 However, Pompeo was right to say that China is a "bigger threat" than the former Soviet Union because it is chipping away the U.S. influence in the world. Its willingness to use its huge financial toolkit to increase the socioeconomic prospects of the CEECs has gained China many friends at the expense of the U.S.

Truth be told, China is not threatening any country. The Asian power's primary motive in promoting international cooperation or globalization is to "build a community with a shared future," benefiting recipient countries as well as itself. Host nations receive new capital and expertise to expand their economies, affording them to buy more Chinese goods and services, a truly "win-win" proposition.

Pompeo's accusations, on the other hand, are based on "subjective information" or even lies. Labeling China's BRI-related infrastructure investment as "debt traps" is false because it accounted for less than 20 percent of the recipient countries' total foreign debt.

Besides, trapping countries into perpetual indebtedness is not in anyone's interest, including China's. Writing off the debt means drawing down on the country's financial assets or exposing it to payment default risk. Increasing the borrower's financial burden would lead to fewer purchases of Chinese exports.

But these are exactly the consequences of debts owned to Western countries or U.S.-controlled financial institutions, such as the IMF or the World Bank. Requiring borrowing nations to repay debts before spending on economic development reduces revenue generation, culminating in perpetual indebtedness and underdevelopment and putting the world on a "slippery slope."

Increased debt burden distorts allocation of resources while paying off debts instead of spending on socioeconomic projects leads to economic downturns, disabling the debtor nations to buy goods and services from creditor countries. This in turn increases unemployment in all countries, causing populism and protectionism to raise their ugly heads.

Furthermore, Pompeo's "disinformation" is as arrogant as it is insulting. To suggest Chinese loans are "debt traps" and still accept them infers that governments of recipient countries are either incompetent or corrupt.

Against this backdrop, there is no reason to believe that Pompeo will succeed in convincing CEECs, at least most of them, to join the U.S. in stifling China's rise, as doing so would be against their national interests.