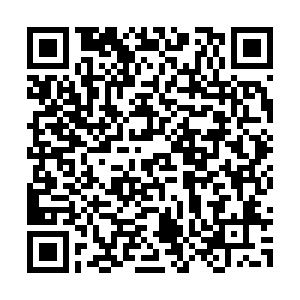 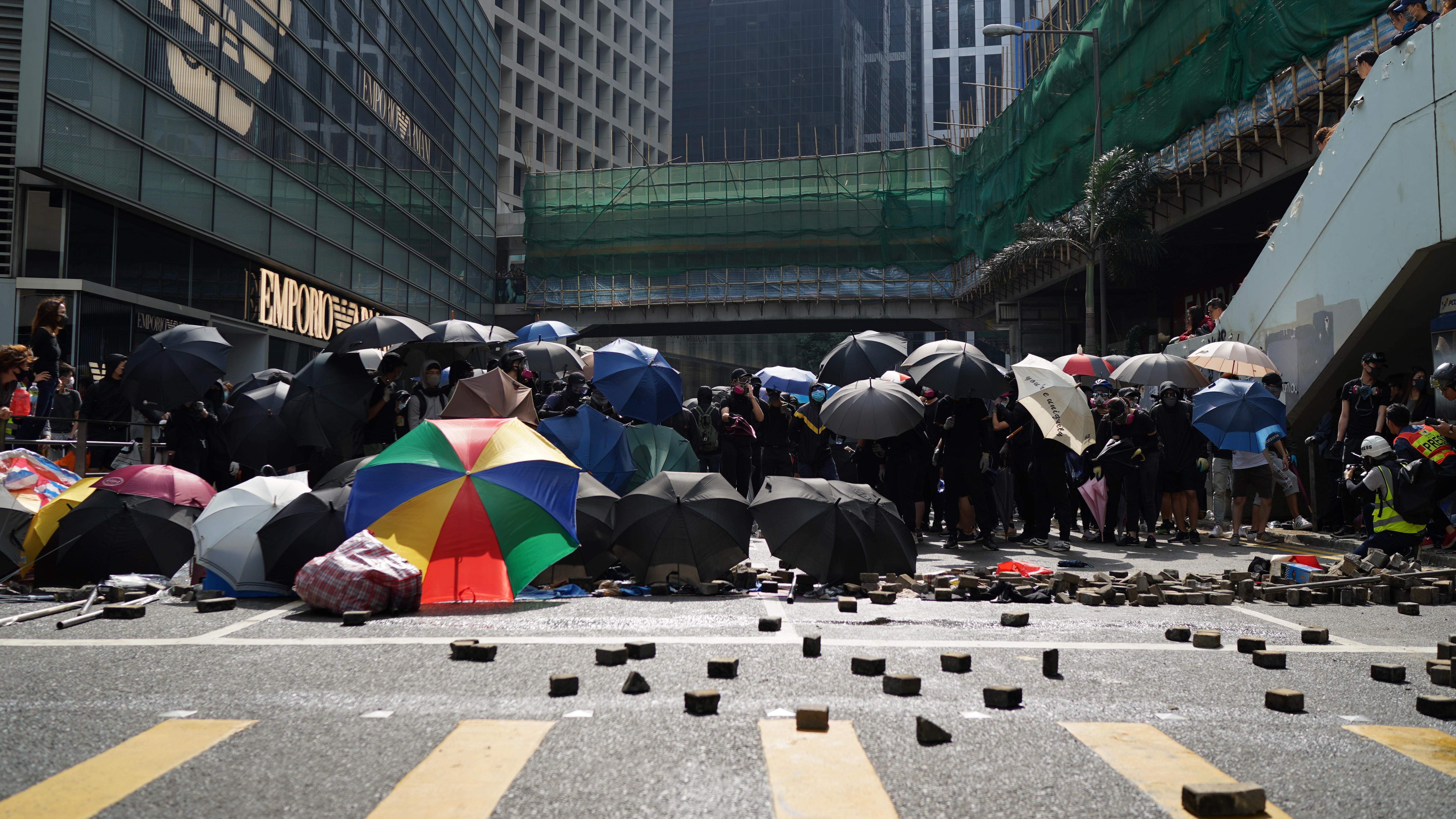 On August 8, it was revealed by the news website The Grayzone and then confirmed by the South China Morning Post, that a frontline contributor for news stories and information on Hong Kong protests who went by the Cantonese name of "Kong Tsung-gan" was in fact an American activist known as Brian Kern posing under a false Chinese identity for five years.

This identity was utilized by CNN, The New York Times, The Washington Post, The Los Angeles Times and more, all of whom presented him as an authentic Hong Kong activist. This was not just the use of a fancy name, The Grayzone report even notes he claimed he went to school in the city.

The news has caused considerable controversy. Those who have exposed the predicament accuse him of deceptively posing as an authentic local voice on behalf of Western interests in the city (the media having played along with this façade), whilst his defenders have attempted to argue that his ethnic identity is ultimately irrelevant and claim anyone can "identify" as a "Hong Konger," accusing critics of promoting "ethno-nationalism" and pointing toward the city's multicultural roots.

This of course is a straw man argument which overlooks the point that an ongoing deception has been utilized over a long-term period, for journalistic gain, and is not a simple zero-sum question of ethnic belonging.

Whilst the individual in question has defended the anonymous identity for his own personal safety, the utilization of a specific Chinese identity and how it was marketed in numerous mainstream media outlets, without any clarification whatsoever was calculated and dishonest.

It would not be tolerated at all if this kind of behavior was being utilized to support the other side of the argument, but denounced for what it is: pure propaganda. 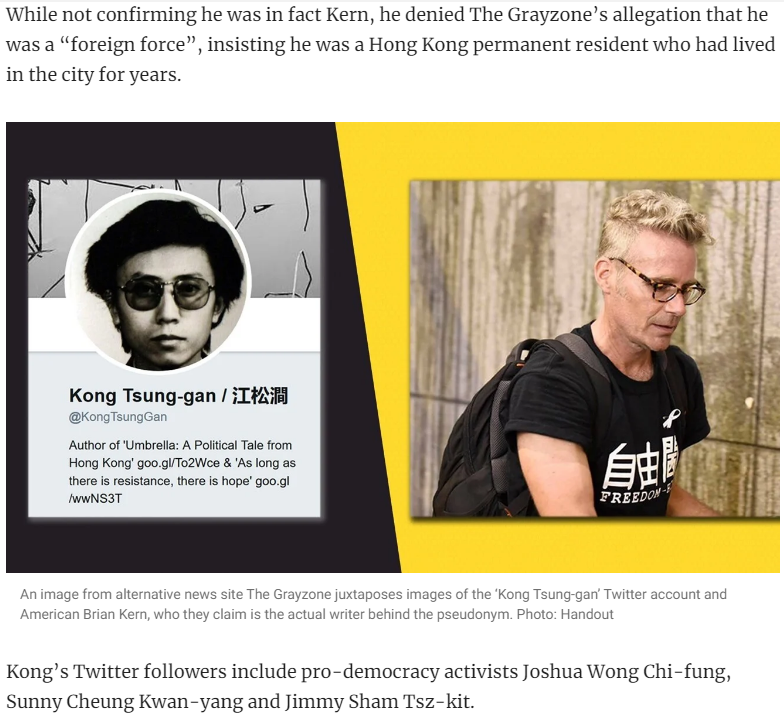 A screenshot of the South China Morning Post report about Brian Kern.

A screenshot of the South China Morning Post report about Brian Kern.

There are many Westerners in Hong Kong who have supported, or of course influenced the protests. This of course is an inevitable output of the West's ideological disposition, as well as the city's colonial roots and history as being a hub for the commercial interests of Westerners in general.

These individuals tend to be absorbed by the idea that Hong Kong ought to be "differential" to what is referred as "China mainland" and is subsequently "better than it" and thus advocate the discourses of Hong Kong exceptionalism, which of course some locals themselves advocate.

They tend to play down the historical background and reality of the country of which Hong Kong legally and rightfully is a part of.

Given this, these expats affirm themselves as "Hong Kongers" citing the city's multicultural and international status. Having lived in the city myself, I am aware from experience that many locals do not buy into this idea and even if they feel alienated to the Chinese mainland, they stick strongly to their cultural roots and heritage.

Even if we are mindful locals born in the city of different ethnic origins (of which Brian is not), this hardly justifies the premise of an American former Amnesty International staffer who has used the façade of a Chinese identity in order to gain added legitimacy for protest activities in the international media and called, as well as praised, American sanctions against the area.

Whilst his supporters have responded to this development by parroting the claim his critics are supporting "ethno-nationalism" – they cannot seem to answer the charge as to how this false identity has been orientated for obvious political gain.

Why couldn't he use a false Western name, if this was purely about safety and privacy? The burden of proof is on his defenders, because there is an undeniable difference between the impressions of a local calling for sanctions, and a foreign national doing so.

To pretend that he is completely equal to local voices is misleading, for obvious reasons.

But ultimately, this is not so much a question of who belongs in Hong Kong or who identifies with it, as it is first and foremost a question of honesty, journalistic integrity and deception.

The SCMP report even notes that the cofounder of Hong Kong Free Press, Tom Grundy "threatened legal action" against Hong Kong newspaper The Standard for exposing Kong's American background, this goes far beyond a question of privacy.

Given this, one should brush aside the straw man deflections; an American has been caught using a false identity posing as a Chinese local in order to garnish legitimacy for pro-protest reporting which was deliberately presented in an inherently misleading way.

No matter how they dress it up, a U.S. national is not a "Hong Konger" and quite clearly in pretending to be one, his enablers knew that too. But this isn't as much as about identity as it is deception.