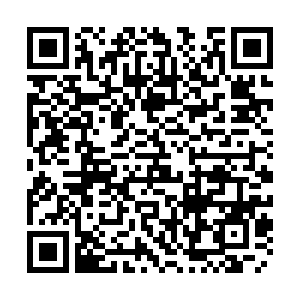 One month after China's movie theaters reopened their doors and resumed business, more than 8,500 movie theaters have gradually resumed operation. They were greenlighted to reopen from July 20 in parts of China deemed to be low-risk areas after months-long closures due to the COVID-19 outbreak.

Total box office for the latest weekend registered a new high since July reopening – boosted by the rerelease of "Harry Potter and the Sorcerer's Stone" and cinemas' relaxed social distancing restrictions. 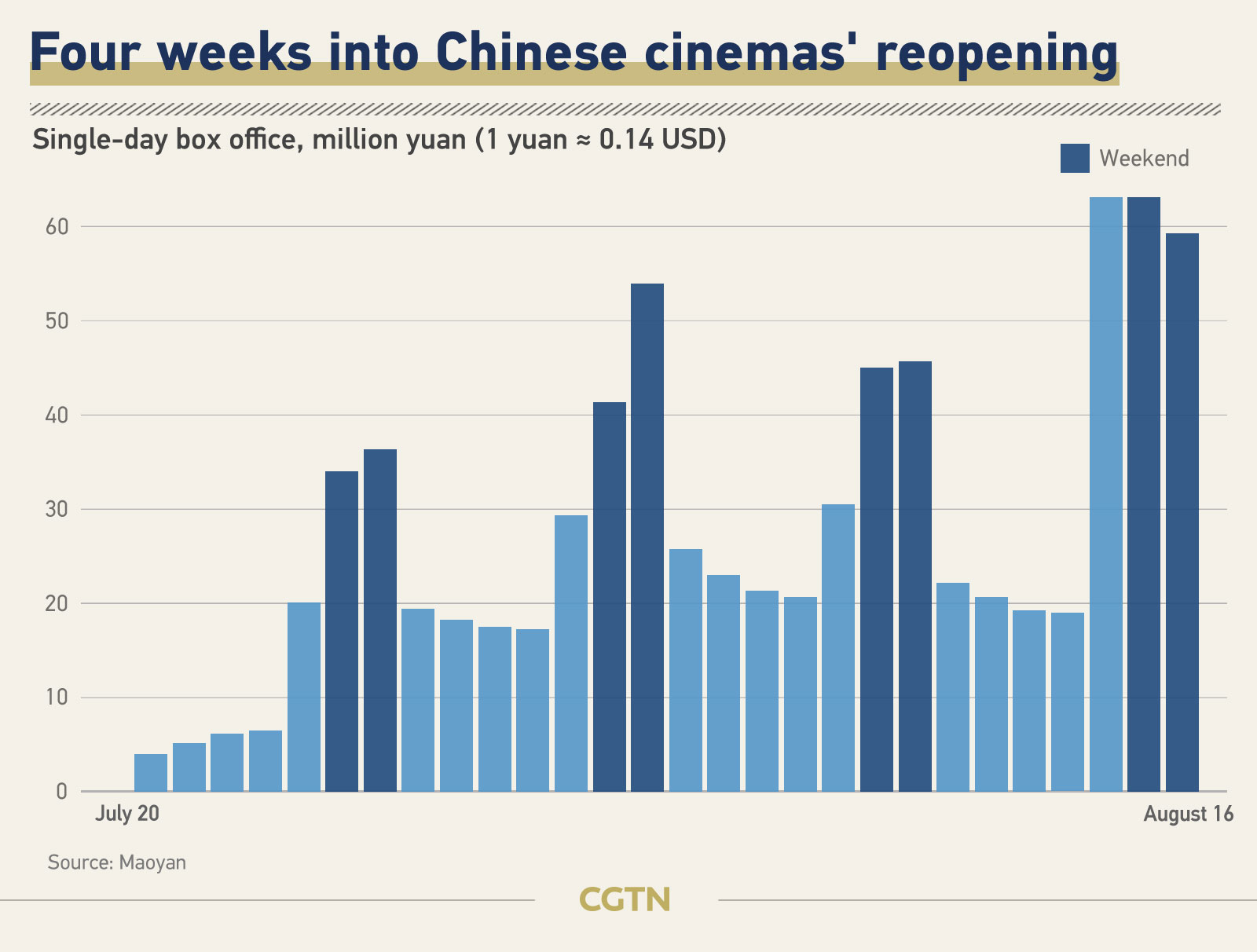 The momentum is expected to continue, though the industry's overall performance is eclipsed by the past records.

After years of development and expansion, the Chinese movie industry has become the second biggest in the world behind the United States. 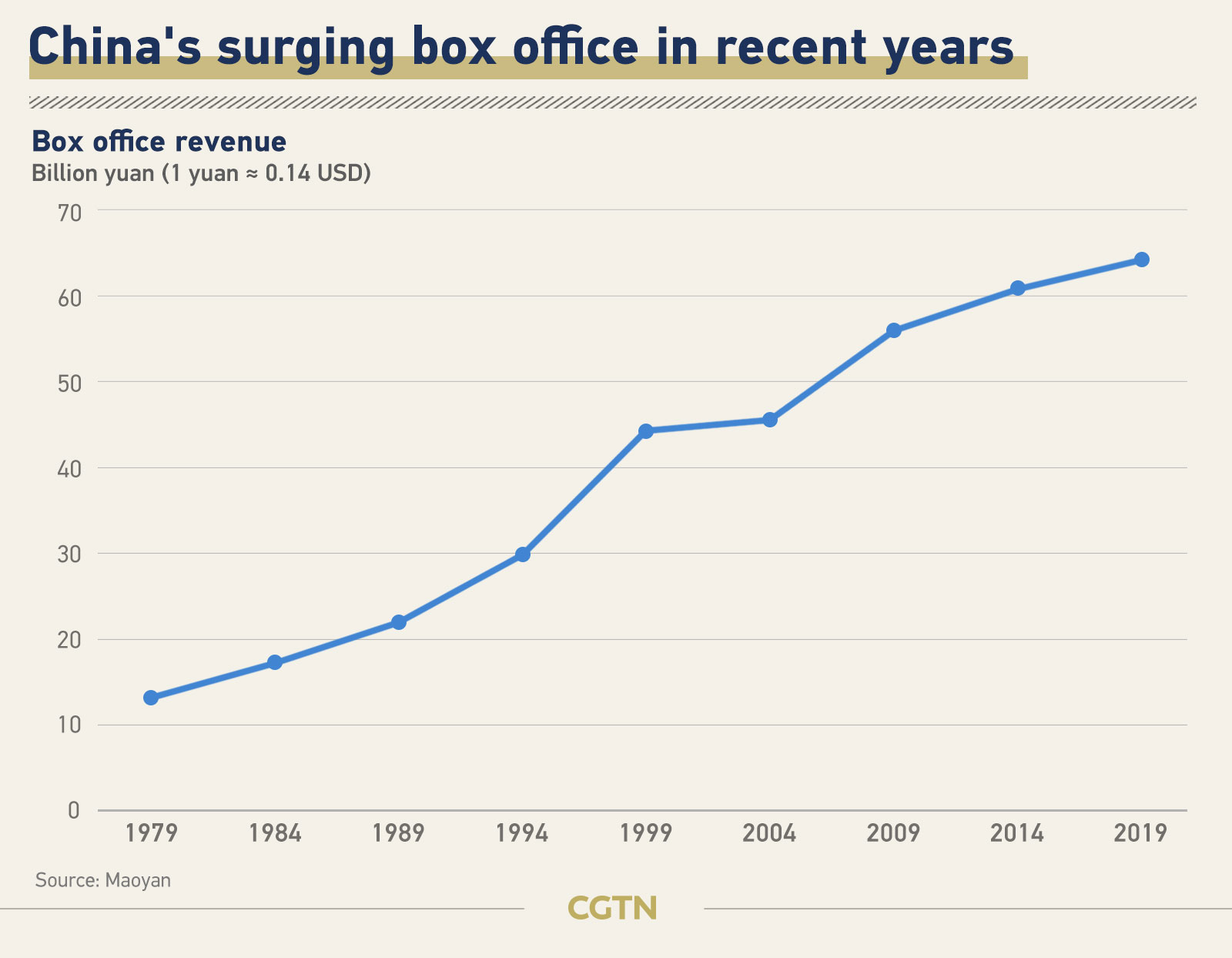 The industry was hit hard by the COVID-19 shutdown that started during the the Spring Festival in late January, which meant China's cinemas missed out on sales from the country's busiest moviegoing time of the year.

In February 2019, last year's Lunar New Year month, film-goers splashed more than 11 billion yuan (1.6 billion U.S. dollars) on tickets, a record for a single month anywhere in the world. The contrast could not be starker. 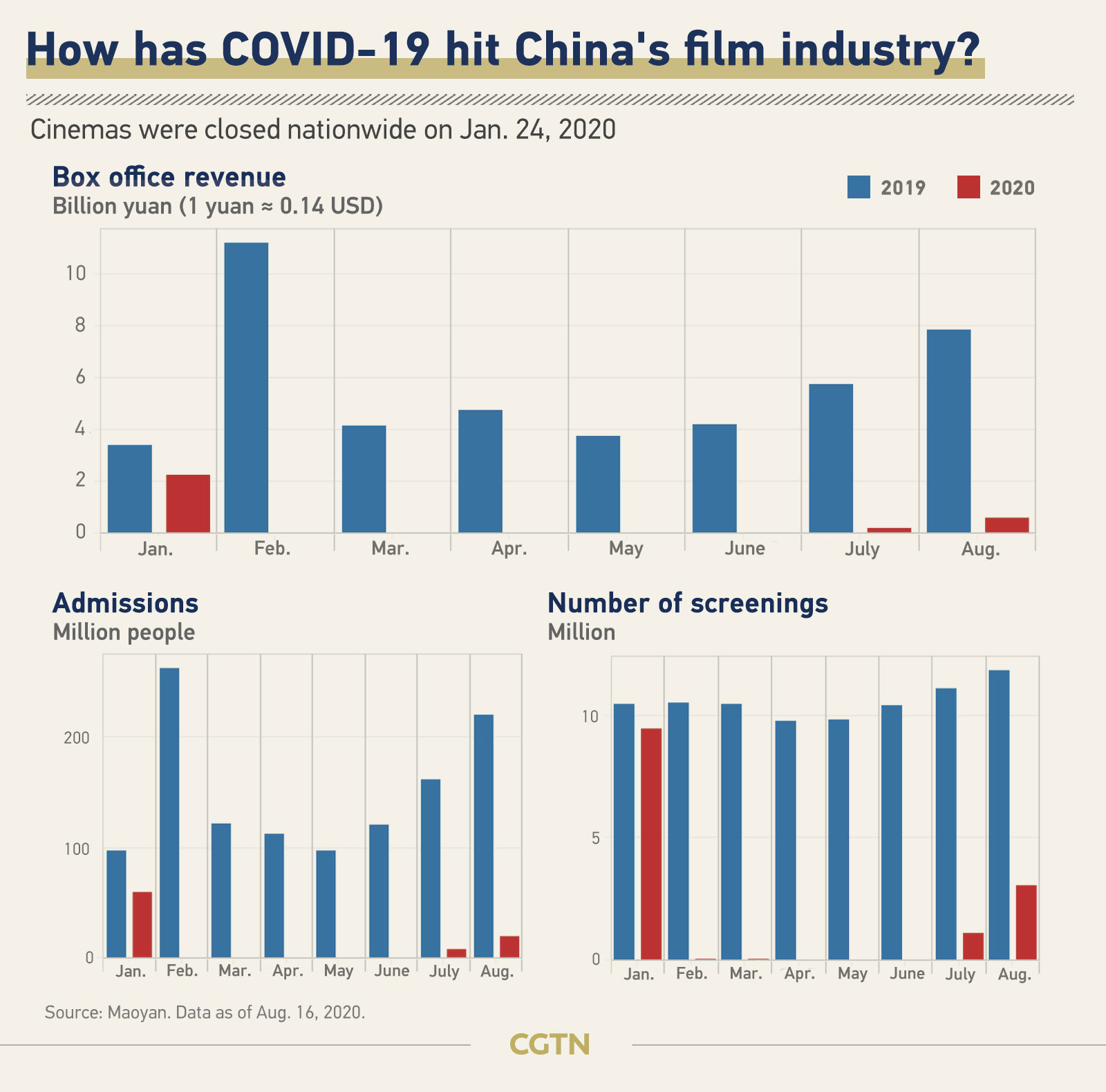 Since the reopening, cinemas have been subject to a strict set of rules, including audience attendance per show being limited to 30 percent capacity and the number of movies shown at a venue was also halved.

Moviegoers need make real-name reservations online, wear masks and those who do not know each other should stay at least one meter apart.

Under the rules, food and drink selling is also not allowed, which is yet another huge blow as it has long been a significant part of the industry's revenues. 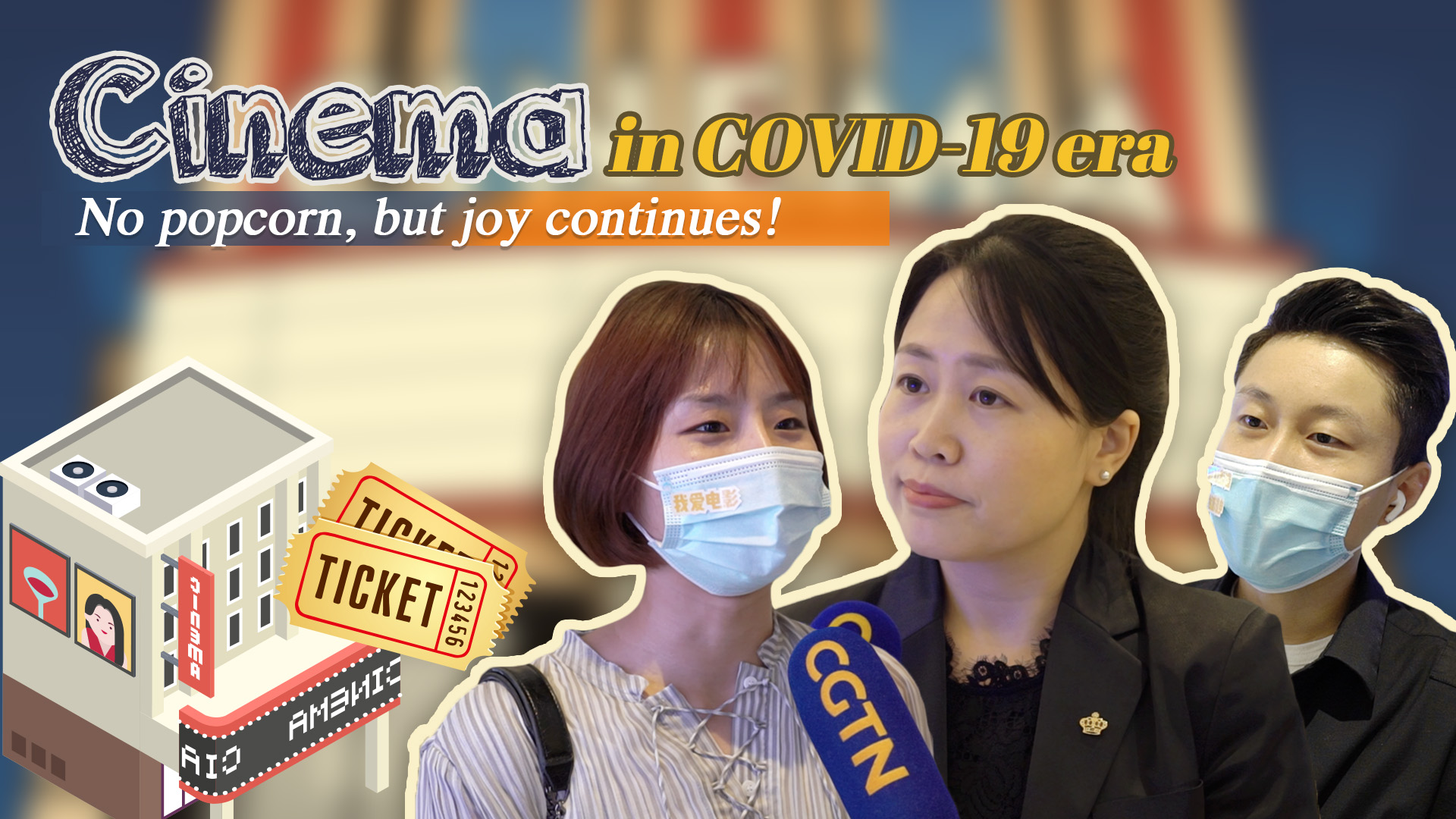 Read more: Chinese cinemas are back in business, but it's not business as usual

But the good news is that as the epidemic is largely controlled in China and strict anti-epidemic restrictions were gradually relaxed.

Since Friday, movie theaters in Beijing, Shanghai and Chengdu have been allowed to raise their cap on maximum seating capacity from 30 percent to 50 percent. 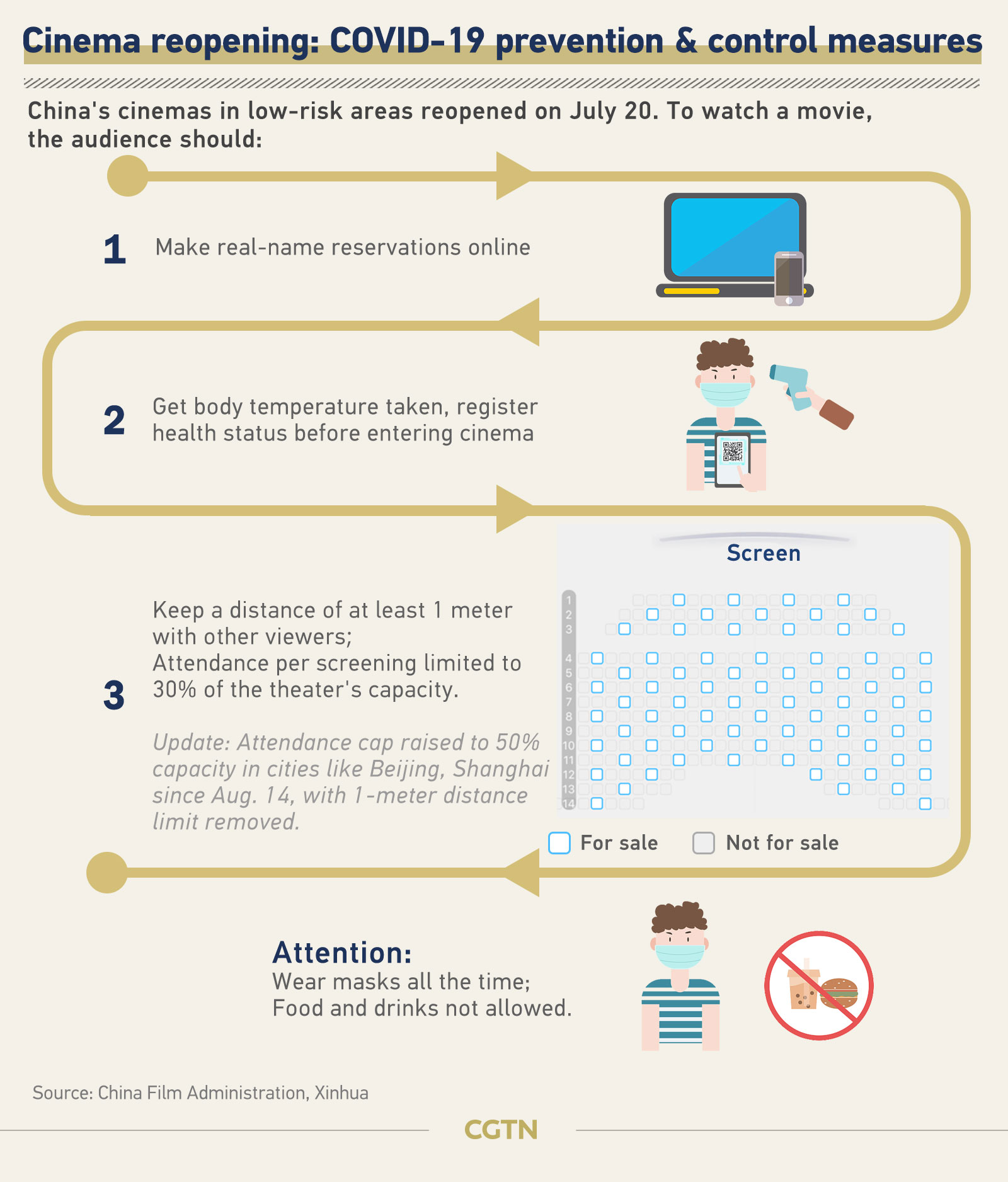 To moviegoers' delight, more good news came their way on the past couple of days with an increasing number of movies announcing theatrical release dates.

The war epic "The Eight Hundred," the first major Chinese film to land in theaters since the epidemic, has won huge applause following its August 14 preview screening, and will be formally released on Friday.

Other highly-anticipated films such as "Leap," based on stories from the Chinese women's national volleyball team, and animation film "Legend of Deification," a follow-up to 2019 blockbuster "Ne Zha," will hit theaters for China's National Day holiday in October – another box office peak season. Both films were first scheduled to premiere during the Spring Festival back in January.

Analysts predicted that the overall box office for August and September will be 20 to 30 percent of the same period last year, while the National Day holiday could see a huge boost in attendance rate.