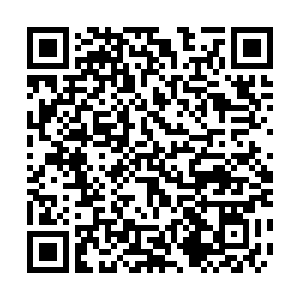 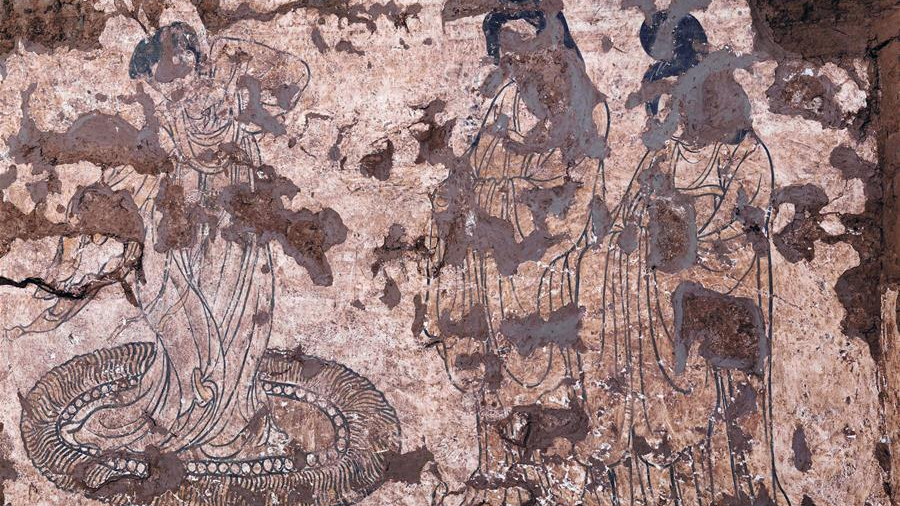 Archeologists have completed the first-stage restoration of the murals in a noble tomb of the Tang Dynasty (618-907) with high technology and new materials, reviving daily life scenes from more than 1,000 years ago.

The tomb belongs to Li Daojian, the great-grandson of the founder and first emperor of the Tang Dynasty Li Yuan. Located in Fuping County of northwest China's Shaanxi Province, it is a satellite tomb of Emperor Li Yuan's mausoleum.

The Shaanxi Archaeology Research Institute started the salvage excavation of the badly-robbed tomb in 2017. The tomb murals were damaged by robbers and water.

The murals on the corridor of the tomb were painted with images of civil officials and maids. Some of the murals were dislocated or fractured, making it difficult to repair. 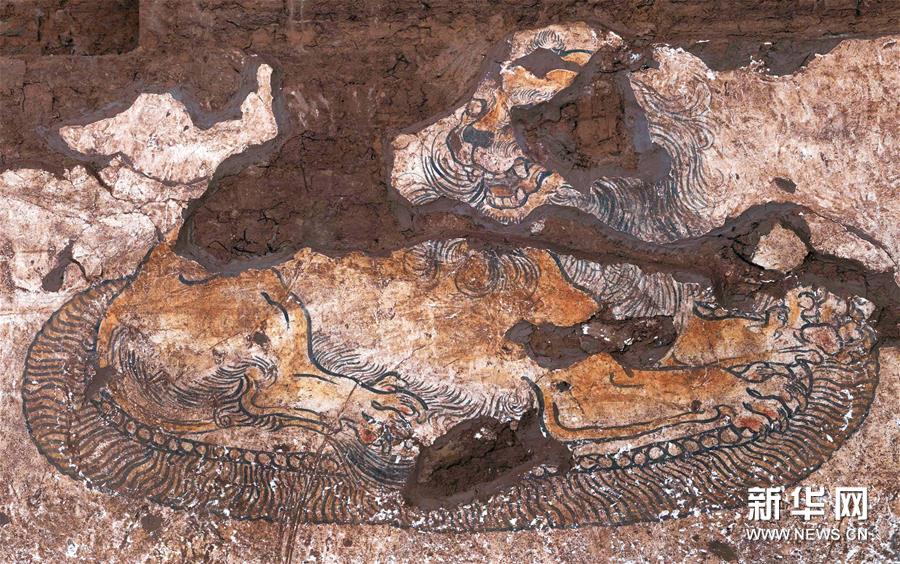 A crouching lion painted in the mural of the Li Daojian tomb. /Xinhua News Agency

A crouching lion painted in the mural of the Li Daojian tomb. /Xinhua News Agency

Yan Jing, an associate researcher with the Shaanxi Archaeology Research Institute, said that the nano calcium hydroxide material was used in strengthening the mural debris.

"We selected some small debris samples and tried to use and test the nano calcium hydroxide material before conducting follow-up studies. It has been proved that this material has a certain effect on the reinforcement of murals," said Yan.

"We have worked in cooperation with computer science professors to restore the missing parts of the murals by using computer simulation restoration technology. This is good for the aesthetic appreciation of the cultural relics and subsequent exhibitions," Yan added.

The restored murals in Li Daojian tomb facilitate the further studies of politics, art, and culture in the Tang Dynasty, and provide material and technical support for the protection and restoration of the tomb murals in the future.

(Cover image: Maids are painted in the mural of the Li Daojian tomb. /Xinhua News Agency)