Two weeks of Beirut blast: A crisis on top of a crisis
CGTN 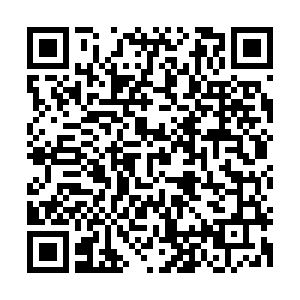 Two weeks ago, the cataclysmic explosion, which killed nearly 180 people and injured 6,000, ripped Beirut apart. It opened a Pandora's box with a humanitarian crisis coming on top of a pre-existing political and economic crisis and added another grievous wound to an already scarred Lebanon.

The catastrophe came at a difficult time for Lebanon as the country was already embroiled in an unprecedented economic crisis and was suffering from the COVID-19 pandemic.

Authorities said the blast appeared to have been caused by a fire igniting 2,750 tons of ammonium nitrate left unsecured in a warehouse for six years.

The furious public believed that it was the government's negligence that led to the disaster and called for the ousting of the political elite. 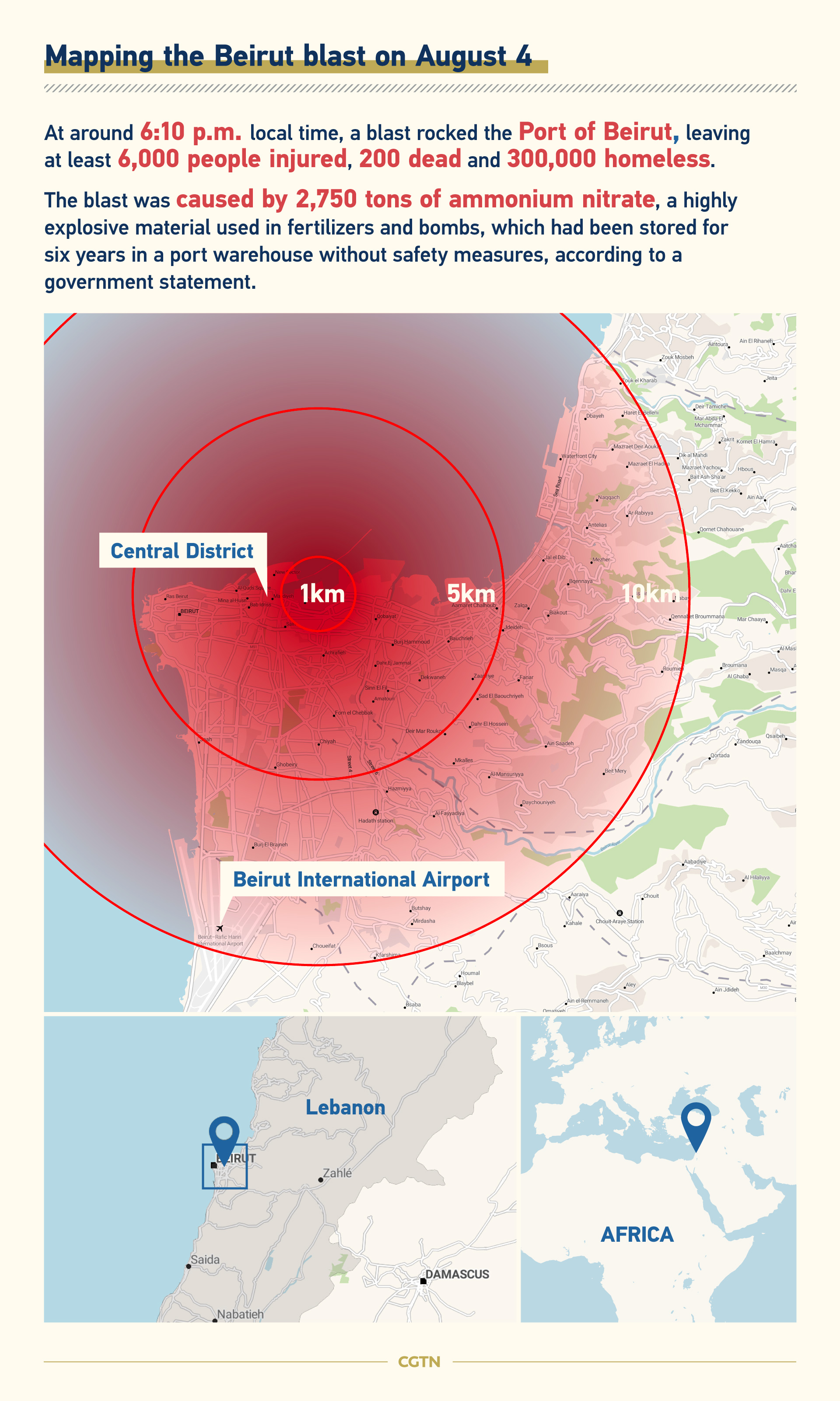 For now, former Prime Minister Hassan Diab's team will continue in a caretaker capacity, as negotiations were underway for a successor. 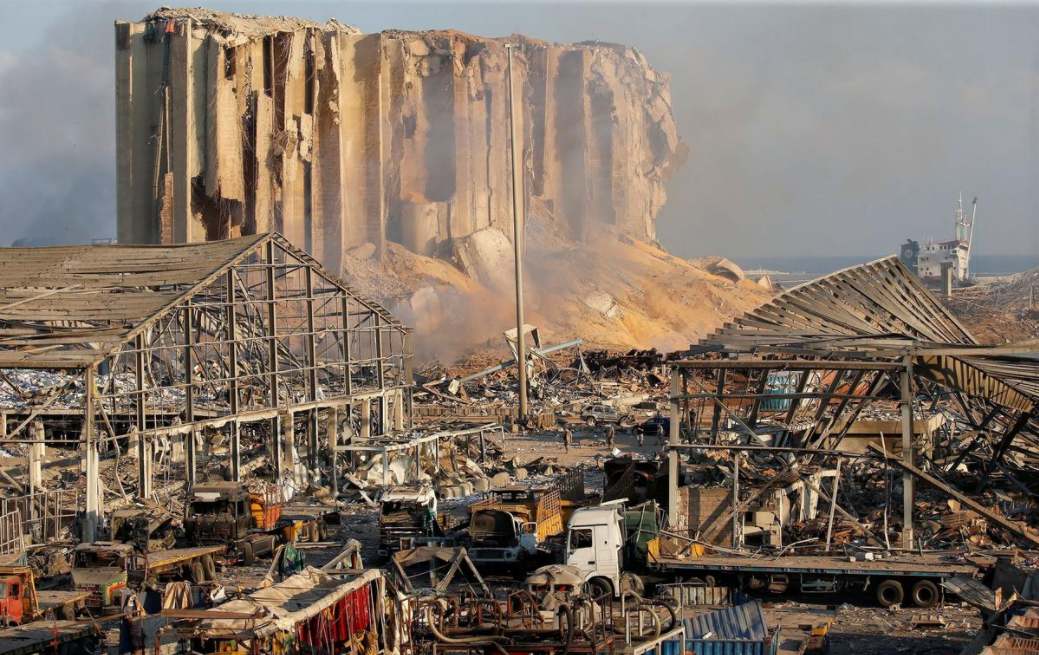 A drone picture shows the scene of an explosion at the seaport of Beirut, Lebanon, August 5, 2020. /AP

A drone picture shows the scene of an explosion at the seaport of Beirut, Lebanon, August 5, 2020. /AP

Hilal Khashan, a political science professor at the American University of Beirut, said the fallout from the blast was a potential "game changer" because the protesters would accept nothing less than a radical change.

He told AFP that the resentment towards established parties could finally create a space for the emergence of "new political formations."

Before the explosion, the country was living through one of its worst economic cycles in history. The Lebanese pound deflated 80 percent against the U.S. dollar since October. And the pandemic ignited the further collapse of the Lebanese economy. Food prices have tripled compared to last year.

Economists, like Patrick Curran from UK research firm Tellimer and Jawad Anani, economic consultant and former Jordanian minister, said to Reuters that the blast, which also damaged large parts of commercial Beirut, could lead to a GDP contraction of around 20-25 percent this year – far beyond the International Monetary Fund (IMF)'s recent forecast of a 12 percent decline due to a deepening economic and political crisis.

A financial crisis had already led Lebanon to enter negotiations with the IMF in May, this year, after it defaulted on its foreign currency debt, but those talks were put on hold in the absence of reforms.

Lebanon reported a one-day record of 456 new infections on Monday, bringing the total number of infections to 9,337, including 105 deaths since the start of the outbreak in February. The minister said at a press conference that the situation was exacerbated after several Beirut hospitals were hit by the colossal port explosion and left "out of service."

The World Health Organization said last week more than half of 55 healthcare facilities evaluated by the agency were "non-functional," three major hospitals were out of operation, and another three were running at well below normal capacity.

"Lebanon has reached the brink of an abyss," said Hassan, calling on all citizens "to respect the preventive measures."

The interior ministry Tuesday ordered businesses across the country to shut down for two weeks and enforced an overnight curfew from Friday after a rise in infections.

The explosion has left hundreds of thousands of people homeless. Dr. Alessandro Arduino from the National University of Singapore (NUS) is worried that a humanitarian crisis in Lebanon will become a reality.

WHO to ship $1.7 mln worth of PPE, humanitarian aid to Lebanon

"We can say that the negative ripple effects related to the explosion are not only about the severity of the casualties but also about the 300,000 displaced that are without shelter and without food," Arduino shared with CGTN.

"Hyperinflation, Lebanese currency collapse, and the fact that Lebanon needs to import construction material … it's creating a dramatic situation that is going to compound with the food emergency," he added.

Lebanon is a heavily import-dependent economy with the bulk of food imports coming through the Port of Beirut. Arduino noted that almost 80 percent of Lebanese needs are imported, and more than half arrive at the Beirut port, which now has been destroyed.

In a country hit by famines, economic crises, and a 15-year civil war, no family is without at least one relative who has left for the Gulf, Europe, or the Americas, adding to a diaspora estimated at nearly three times the size of Lebanon's population of around four million, according to AFP. 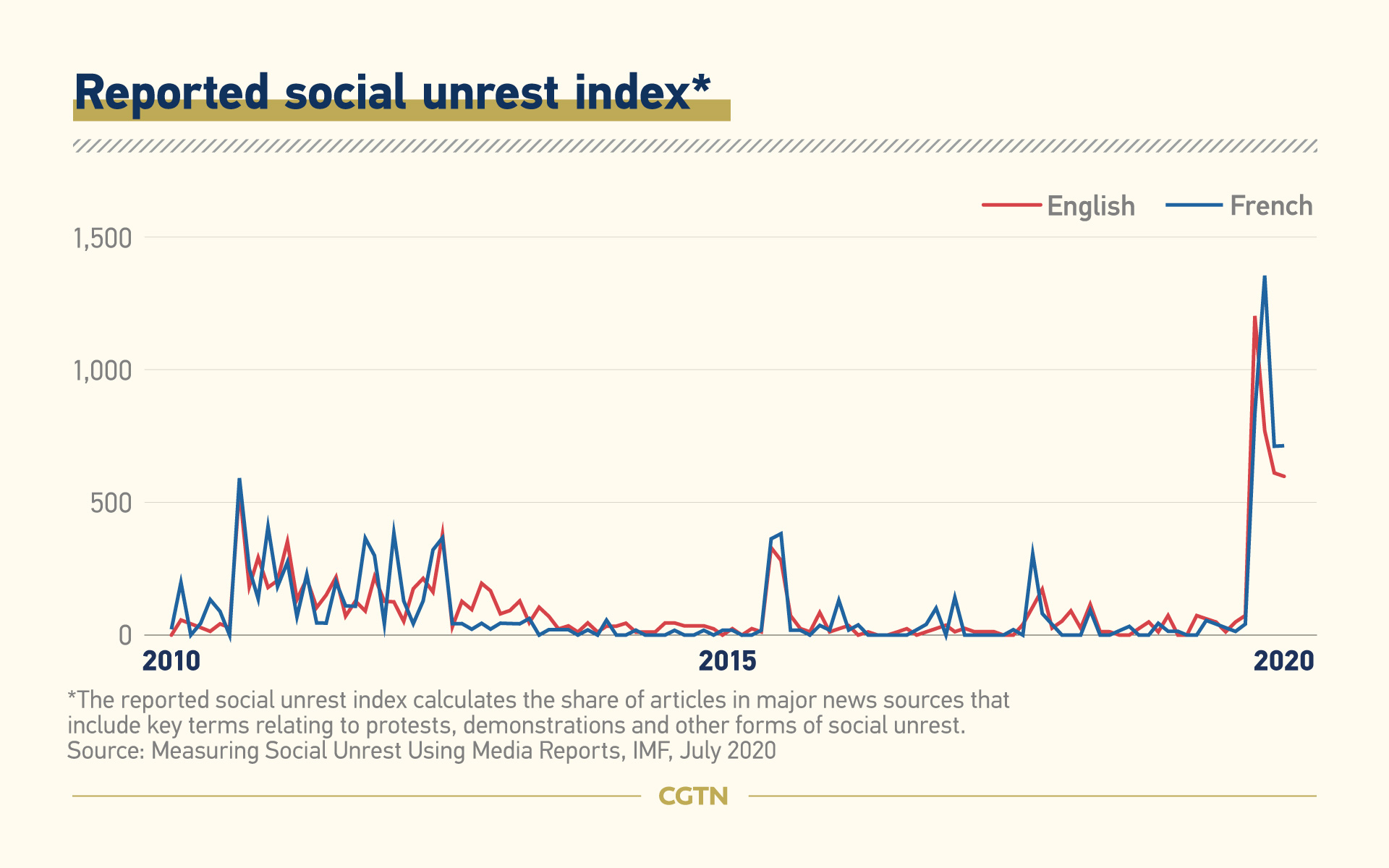 In recent months, as Lebanon has sunk deeper into its worst economic crisis since the civil war, thousands of Lebanese have again bought one-way tickets out of the country to escape mass layoffs and wage cuts.

"The country may very well lose a generation it needs to rebuild and to achieve the political change that is necessary," he told AFP.