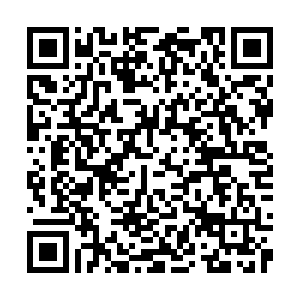 American David Moser loves the Chinese language. In a comedy sketch that aired on Chinese TV in the 2000s, Moser played a foreigner auditioning for a movie. The director was satisfied with his good Chinese speaking, and asked, "What do you intend to do here in China?" Moser's character said "whatever comes my way."

The fictional plot may as well be describing Moser's multifaceted life in China since his arrival in the 1980s. The PhD of Chinese Studies was a translator and professor, a regular on Chinese television, and steeped himself in the crosstalk circle and Beijing's music scene.

Now, sitting in a rented Airbnb in America, as his own apartment is in fact in Beijing, he told CGTN's Tian Wei that he feels very distressed by the recent worsening of ties between his home country the United States and his second home China.

"I'm someone who has devoted much, much of his life to trying to be a bridge between the two cultures," said Moser, who these days works on university campuses in Beijing, teaching foreign students about China and explaining America to Chinese.

Having come to China at a time when the country was a decade into its reform and opening up, Moser saw how fast things were moving. He said he knew China would soon be a big player on the international stage, so he thought helping the outside world to understand this giant from the East would be of tremendous value and importance. It's a mission he has taken on ever since.

In the decades since, troves of Chinese studied abroad and became familiar with Western, and particularly American, culture over the internet. But the flow was one directional and resulted in what Moser called "a fearful asymmetry" in an article he recently wrote.

While the U.S. president seems obsessed with China's trade surplus with America, Moser is concerned with America's information deficit with China.

He argues that misunderstanding of Chinese motivations could lead America to escalate its conflicts with China, particularly when exacerbated by a crisis like the pandemic.

For his part, Moser says he is committed to explaining the Chinese viewpoint to people, but it is getting very difficult to do so on social media, as Americans' view of China is becoming increasingly negative.

The polarizing environment against China worries Moser in the short term. "Merely by trying to understand the mindset of the Chinese leadership and also the people themselves, that you're somehow betraying your country, or going over to the other side or something like that."

Despite the pushbacks, Moser said it's important to continue working on mutual understanding, because "nobody wants a real cold war."

Moser recognizes that there are real deep value differences between China and the U.S. which cannot be ignored and need to be discussed. However, he believes the two sides could build ties despite conflicts.

Moser thinks Obama enlightened China experts while "Trump is someone who has surrounded himself with 'dragon slayers' – that means people who are very much antagonistic to China. They fear China and see China as the next big world threat," said Moser.

That theme of China fear was prominent in Trump's recent speech. He warned voters that if he loses the presidency, China would take over the U.S. and "you're going to have to learn to speak Chinese."

One can only assume that Trump's message did not have its intended effect on Moser. The linguist said: "Maybe we can understand China a little bit better if we all spend a little time learning Chinese, or any foreign language, for that matter."