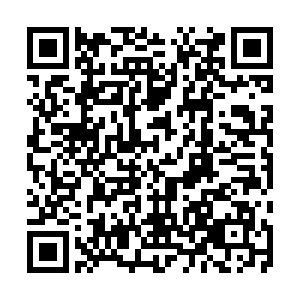 Citizens in Shanghai have been sharing their run-ins with hearing-impaired delivery men in a blog.

"I received a call the other day, and the person hung up before I picked it up. Then I received a text message saying 'Hi, I'm deaf, I'm delivering at your door.'"

Wusheng Express, which means "delivering with my own voice," is a newly established express company in Shanghai, specializing in hiring people with a hearing impairment. They wear a red vest with the company's name on it while working. 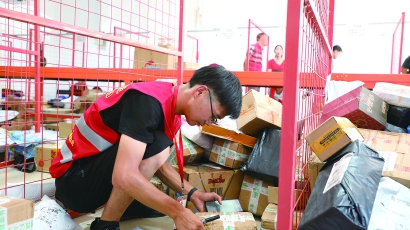 Every day at 2:30 in the afternoon, a truck drives into the station, and all packages are piled on a conveyor belt leading to the warehouse. When they pass the code scanning machine, there will be a "beep" sound. Other couriers are familiar with this sound, which means that logistics information has been recorded, but these workers can't hear it. This doesn't mean anything, because they can still finish the sorting process as quickly and efficiently.

Xu Shengliang, a 27-year-old, was among the first employees to join the company. "I haven't done delivery work before, and I started from scratch when I came here, learning with practice," he said to Xinhua.

Coupled with his hard-working temperament, he was promoted to team leader after three months in the company. Xu doesn't want special treatment but he admits that naturally he will encounter difficulties while working.

In order to avoid these situations, Xu and his colleagues carry a recording of the announcement with them to communicate with their customers. 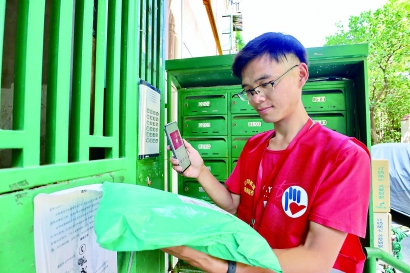 A deaf-mute delivery man plays a recorded message to the customer through the answering machine at the doorstep. /Xinhua

A deaf-mute delivery man plays a recorded message to the customer through the answering machine at the doorstep. /Xinhua

The average workload for Wusheng Express members varies between 180 and 200 orders per day. Although it is slightly less than ordinary couriers, they can still earn more than 6,000 yuan (about 857 U.S. dollars) each month.

"This is the highest salary I have ever got," Xu, a former graphic designer with a college degree, said.

The head of the station told Xinhua that although employees from Wusheng Express face many challenges, they manage to finish their job with essentially the same complaining rate as other couriers.

When Xu gets complaints from customers, his salary will be deducted proportionally as others. He can tell when a customer is saying something unpleasant from the expression and the shape of the mouth. When this happens, Xu and his colleagues lower their heads and don't look at each other.

They use sign language or written messages to comfort each other. "Pay attention next time," they say.

Wusheng Express is the first delivery company in Shanghai that specializes in recruiting and training hearing-impaired people. Based on the "charity plus express" model operated by a charity supermarket in Hong Kou district, the company has hired 40 people in collaboration with large delivery companies like Yuantong and Shentong.

Gu Zhong, the person in charge of Wusheng Express, told Xinhua that the company also provides all kinds of safety nets for disabled employees.

In fact, before the establishment of Wusheng Express, larger courier companies already had "open" policies in terms of hiring disabled people. However, due to the lack of recruitment channels, the proportion of hearing-impaired in the delivery industry was low.

In China, there are over 85 million disabled people, according to numbers from China's population census in 2006.

Only in Shanghai, there are currently an estimated 10,000 mentally handicapped people of working age, said Chen Dongyuan, head of education and employment at the Shanghai Disabled Persons' Federation.

The municipal government is giving subsidies and other incentives to companies to incentivize them to hire people with disabilities. Charity foundations and social organizations are also offering help.

"Shanghai is developing faster than other cities in China in this respect," Chen said. "We are making progress here, step by step."