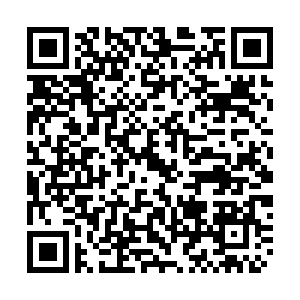 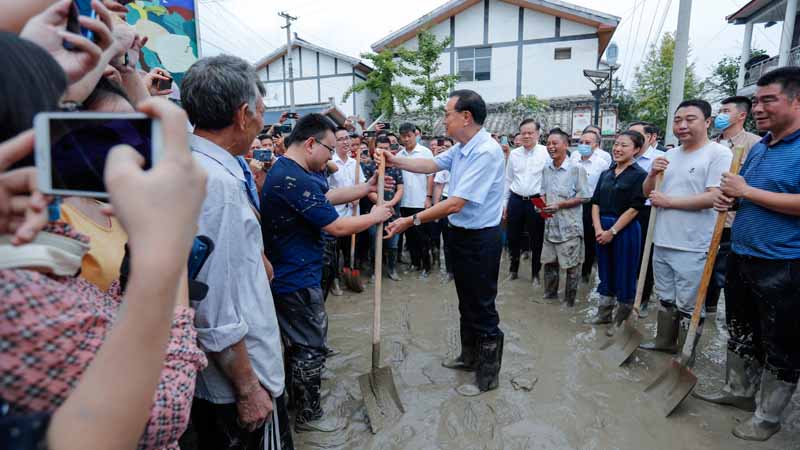 Premier Li arrived in Chongqing on Thursday morning to evaluate conditions in the flood-stricken Shuangba Village in Tongnan District, where more than 8,000 people have been affected.

The Party and the government will assist everyone in this hard time, the premier told locals, according to official news release. "Everyone needs to fight this disaster hand in hand. Having no casualties will be our biggest victory," he said.

The premier called on people to work together as a "family" to rebuild the village. 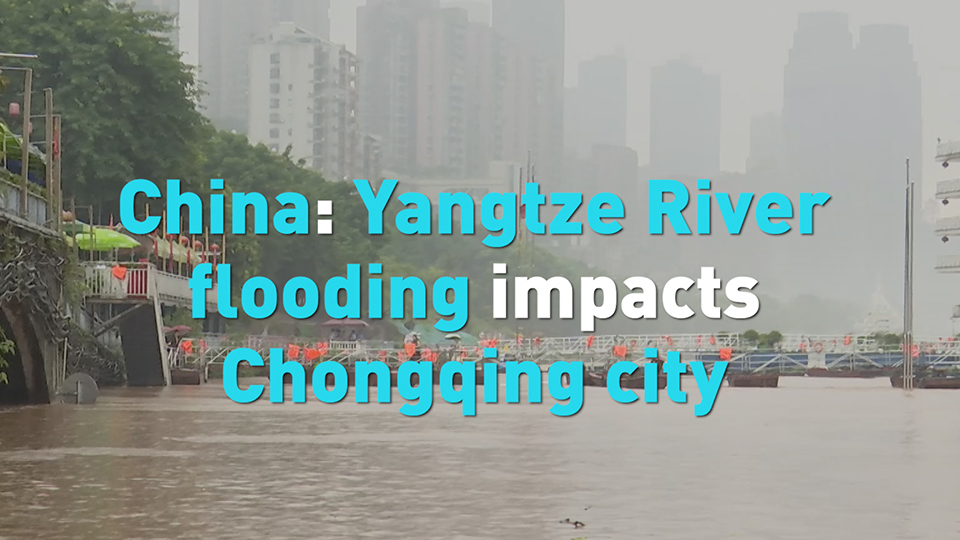 Later on the day, Li went to Ciqikou, a busy commercial and tourist spot that was hard-hit in the flood, and talked with local businessmen. He said the government will provide more support to help revive local businesses. 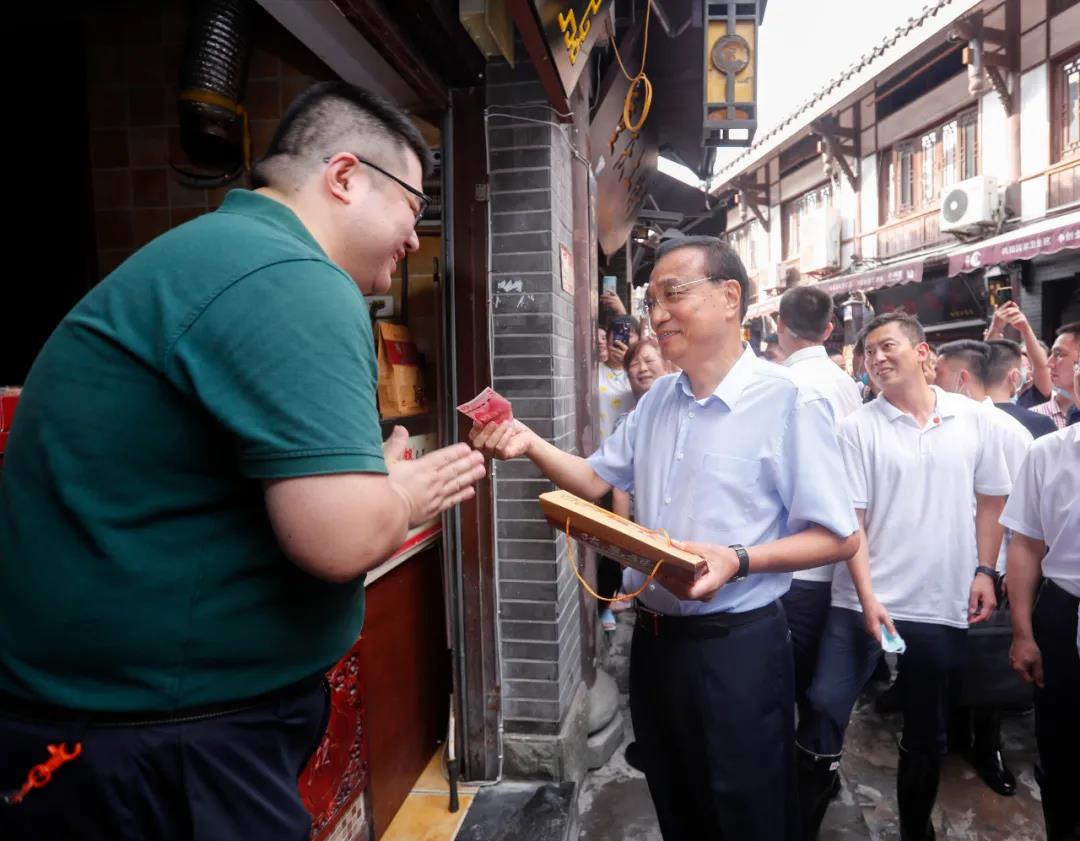 On August 18, the Ministry of Finance and Ministry of Emergency Management allocated 460 million yuan (around 66.6 million U.S. dollars) to four provincial-level regions, including Sichuan, Shaanxi, Gansu, and Chongqing, as part of the disaster relief effort.