Pursuit of Federer's record 'one of reason' for Djokovic to play U.S. Open
CGTN 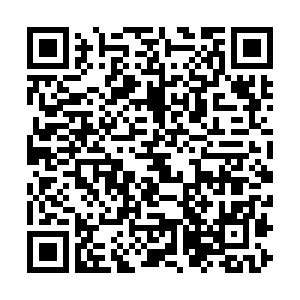 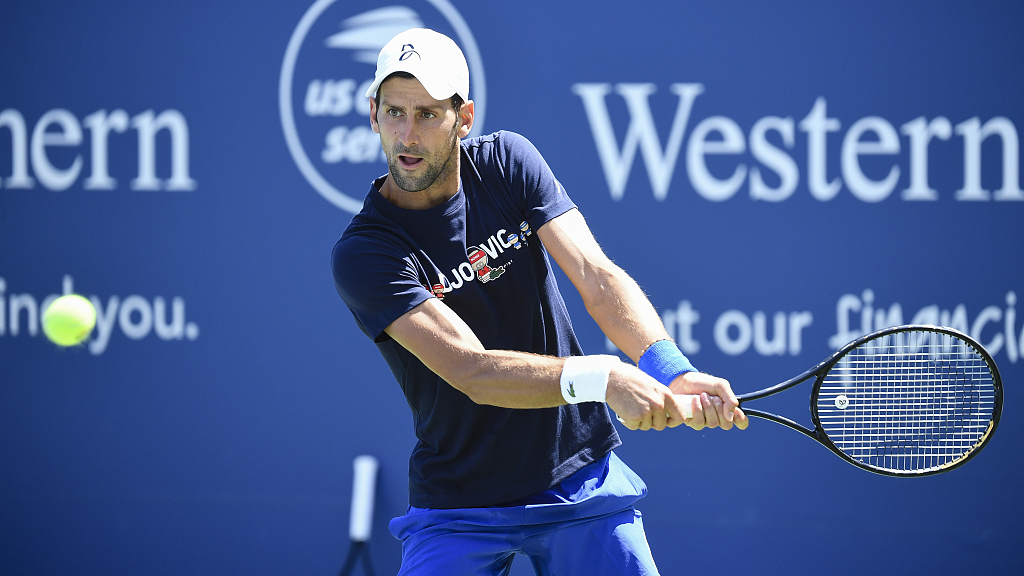 Novak Djokovic decided to travel to New York for the U.S. Open amid the COVID-19 pandemic because the 17-times Grand Slam champion did not want to pass up on the opportunity to close in on Roger Federer's record tally of 20.

Federer will not be at Flushing Meadows this year after he took the year off to recover from a knee surgery while defending champion Rafael Nadal joined a number of top seeds in refusing to travel to the U.S. due to COVID-19 concerns.

"I cannot say it's the main reason why I'm here, but it's one of the reasons," Djokovic told The New York Times as he is preparing for the Western & Southern Open in New York, adding that he came very close to skipping the tournament as well.

"I have to think about myself and my health and my fitness and whether my team is OK to be here. Once that was checked, then I, of course, also felt responsible as a top player to be here, it's important for our sport to keep going."

"I want to play... That's why I'm here. I'm personally not afraid of being in a risky, dangerous health situation for myself. If I felt that way, I most likely would not be here." 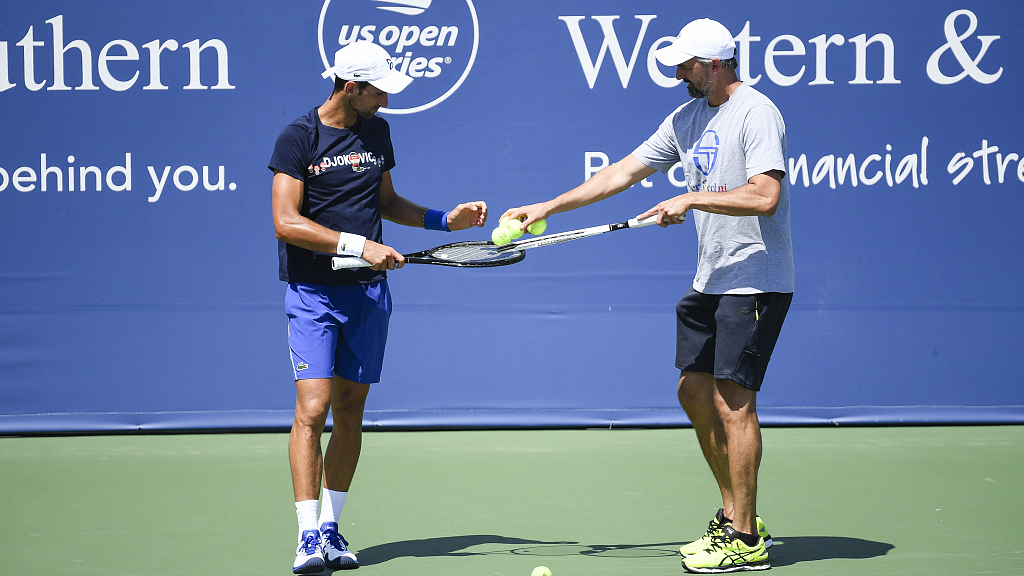 Novak Djokovic of Serbia with coach and former player Goran Ivanisevic of Croatia at practice at the 2020 Western & Southern Open in New York, August 18, 2020. /VCG

Novak Djokovic of Serbia with coach and former player Goran Ivanisevic of Croatia at practice at the 2020 Western & Southern Open in New York, August 18, 2020. /VCG

Djokovic came under scrutiny in June when he hosted the ill-fated Adria Tour in Serbia and Croatia, which was scrapped when many players and staff, including himself, tested positive for COVID-19.

The 33-year-old Serbian said he felt the criticism had turned into a "witch hunt".

"I don't think I've done anything bad to be honest," Djokovic said. "I do feel sorry for people that were infected."

"Do I feel guilty for anybody that was infected from that point onward in Serbia, Croatia and the region? Of course not. How can you blame one individual for everything?"

Djokovic will first play in the Western & Southern Open, a warm-up tournament which began in New York on Thursday, before the U.S. Open begins on August 31.