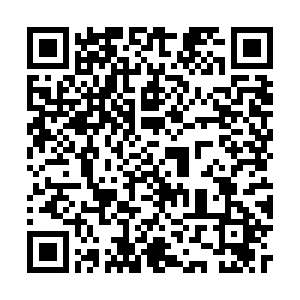 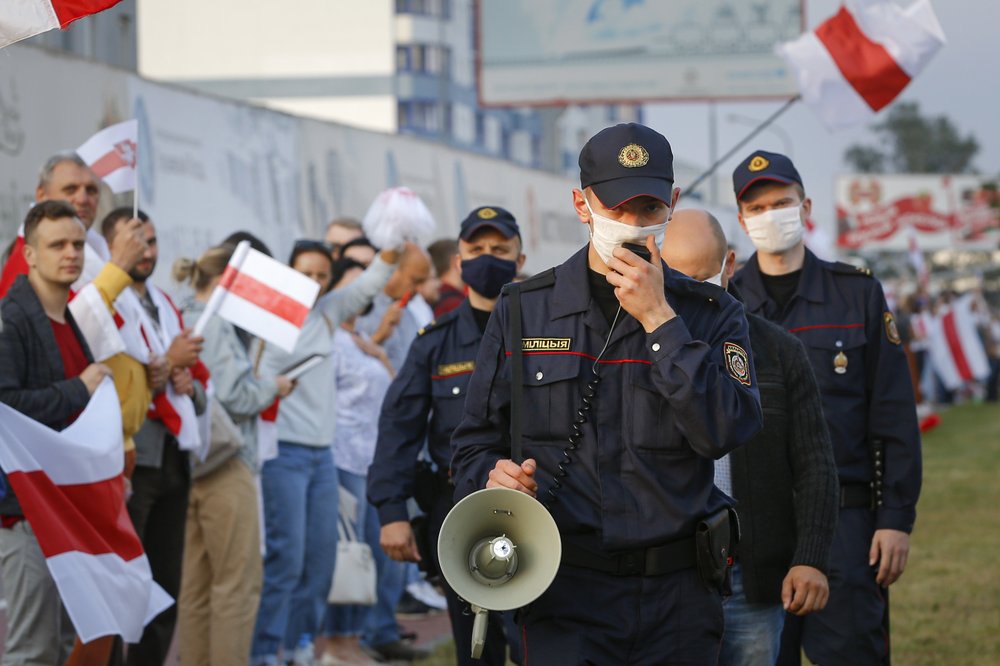 Supporters of the opposition flash victory signs as a police patrol walks by warning people that the protest is not authorized and asking them to leave in Minsk, Belarus, August 21, 2020. /AP

Supporters of the opposition flash victory signs as a police patrol walks by warning people that the protest is not authorized and asking them to leave in Minsk, Belarus, August 21, 2020. /AP

Authorities in Belarus accused the U.S. of fomenting unrest, and asked them to stay out of its domestic issues.

A leader of striking factory workers was arrested on Friday and the government threatened demonstrators with criminal charges in a bid to stop the massive post-election protests challenging the country's president.

Investigators also summoned several opposition activists for questioning as part of a criminal probe into a council they created with the goal of coordinating a transition of power for the President Alexander Lukashenko, whose legitimacy is questioned by protesters after the re-election on August 9.

Lukashenko blamed the U.S. for instigating the protests that started on election night and intensified after officials declared him the winner with 80 percent of the vote. He also derided the opposition as Western puppets and vowed to take action quickly.

"The U.S. is planning and directing everything, and the Europeans are playing up to it," Lukashenko said while visiting a state farm Friday.

"You shouldn't worry about that. It's my problem that I must solve. And believe me, we will solve it in the nearest days," he said.

Friday, Russian President Vladimir Putin reiterated its position on the situation in Belarus. "Meddling in the internal affairs of a sovereign state and attempting to exert external pressure on the legitimate authorities are unacceptable," said Putin in a statement of his phone call with his Finnish counterpart Sauli Niinisto.

The United States on Thursday described the Belarus presidential election as neither free nor fair, and urged authorities to engage in a dialogue with the opposition council. Meanwhile, European Union leaders are preparing sanctions against Belarusian officials.

The opposition Coordination Council has called for a new presidential election organized by a newly formed election commission, as well as for an investigation into the protest crackdown and compensation for victims of police violence.

On Friday, the state Investigative Committee opened an inquiry into the claims that police raped women in custody. To counter the opposition pressure, thousands of Lukashenko's supporters have rallied in Minsk and other cities over the past days.

"The country needs stability and peace, and they are trying to enforce a revolution on us," said 46-year-old electrician Dmitry Shparzh who attended Friday's rally in Minsk. "How should Lukashenko react? Naturally, he is moving to restore order."

U.S. Deputy Secretary of State Stephen Biegun will visit Russia and Lithuania soon for talks on Belarus, reported by the Reuters, as Washington seeks a peaceful resolution to that country's election crisis that averts Russian intervention.

The United States and the European Union have condemned the election as marred by irregularities. U.S. Secretary of State Mike Pompeo on Thursday urged Lukashenko to accept international help in opening talks with the opposition and implicitly warned Russia, Belarus' massive neighbor, not to intervene.

Biegun's mission signals a greater U.S. rifle in trying to settle the strife in Belarus. But Lukashenko rejected Western offers to mediate between his government and the opposition earlier, telling the U.S. and the EU to mind their own business.

"They should sort out their own affairs first," he said.