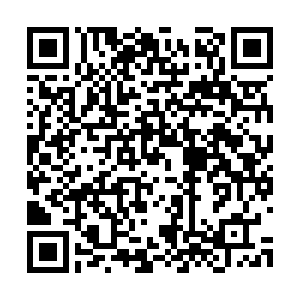 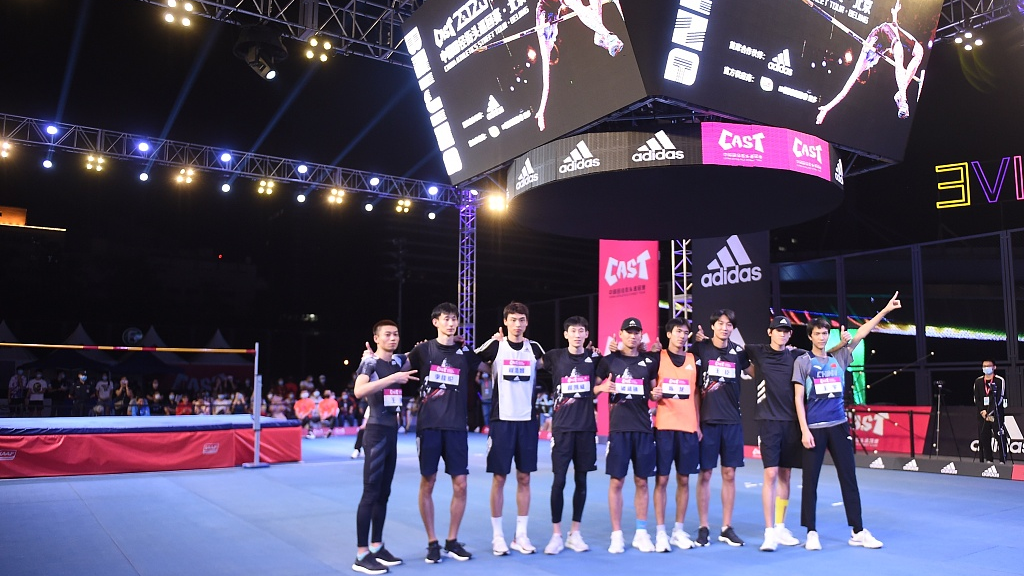 The high jump event is the Beijing stop for the yearly China Athletics Street Tour (CAST) and in many senses, indicates an exciting comeback for the country's athletics industry which was forced to a long-stretching hiatus due to the coronavirus.

High jumpers competed under the starry sky in a fancy complex crowded with exciting fans who would burst into cheers after every perfect clearance of the jumpers. 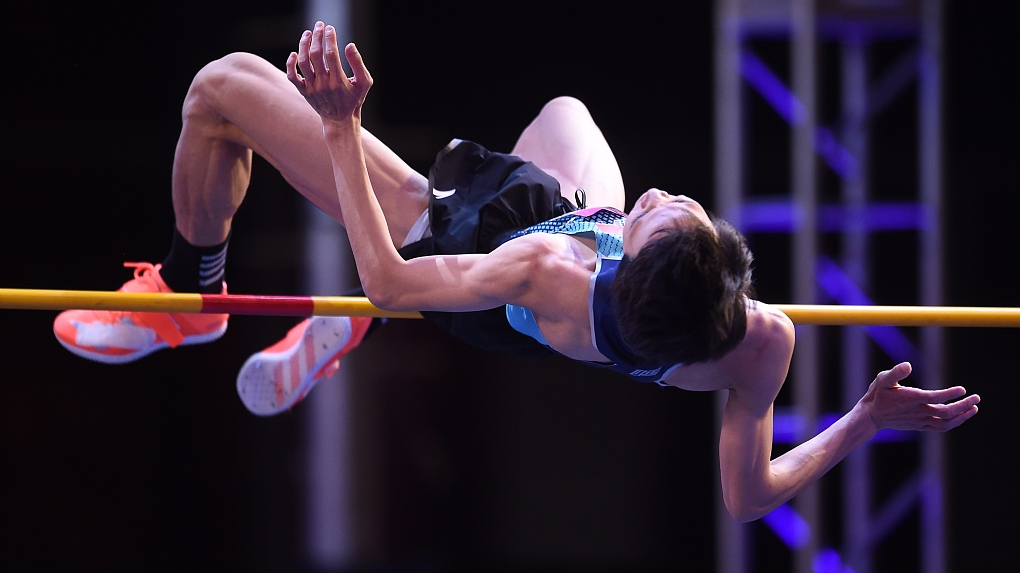 Asian Games champion Wang Yu jumps over the bar at the CAST at Wukesong Stadium in Beijing, China, August 23, 2020. /VCG

Asian Games champion Wang Yu jumps over the bar at the CAST at Wukesong Stadium in Beijing, China, August 23, 2020. /VCG

Perhaps the CAST is the best way to kick off the athletics comeback in China as the tour, which made its debut back in 2015 and was held annually in different Chinese big cities ever since, has been successful in its attempt to approach the wider public so that new fans will experience the excitement of the track and field.

"It is a long-awaited competition," Wang Yu expressed his yearning for competing after the event. "It has been long time since I competed last time. It has been a really long time."

"It was the first time for me to compete outside the stadium. I was a little nervous at the beginning but managed to relax and find my rhythm soon," said Chen, who cleared 2.22 meters to win his Youth Olympic gold in Buenos Aires in 2018. 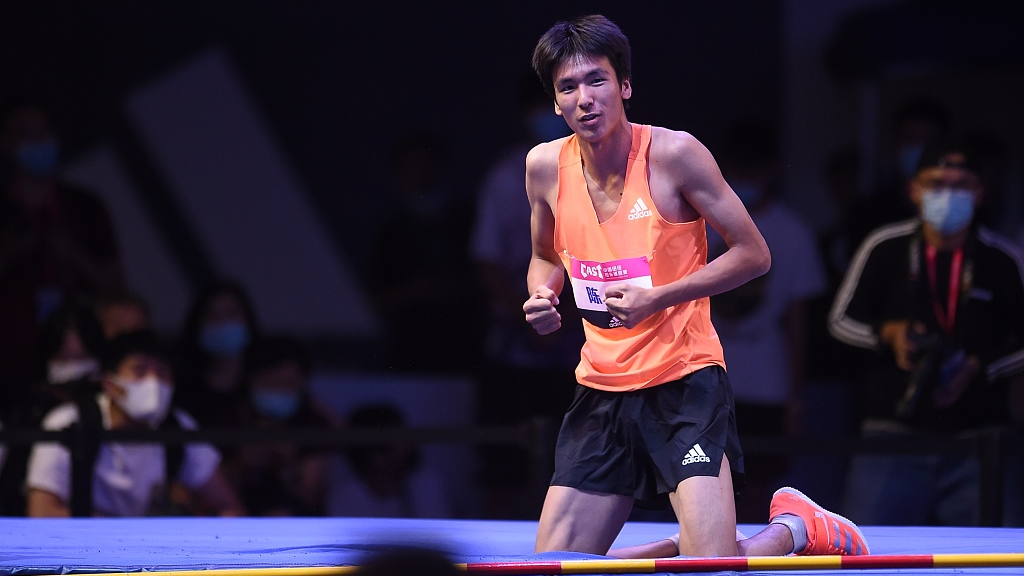 Chen won the street meet with 2.19-meter clearance but he was not quite content as he had set a higher goal before the event.

"My expectation for the competition was to clear 2.24 meters. Although I took the victory, I am not quite satisfied with my results," said Chen.

The young talent modeled his path after his father, who was also a professional high jumper.

"I began practicing high jump with my father since I was very little. I want to win the glory for my dad as he failed to continue his sports career due to the injury," said Chen.

Having the Youth Olympic record in his pocket, the 18-year-old said he will work harder to win the ticket for the Tokyo Olympic Games.