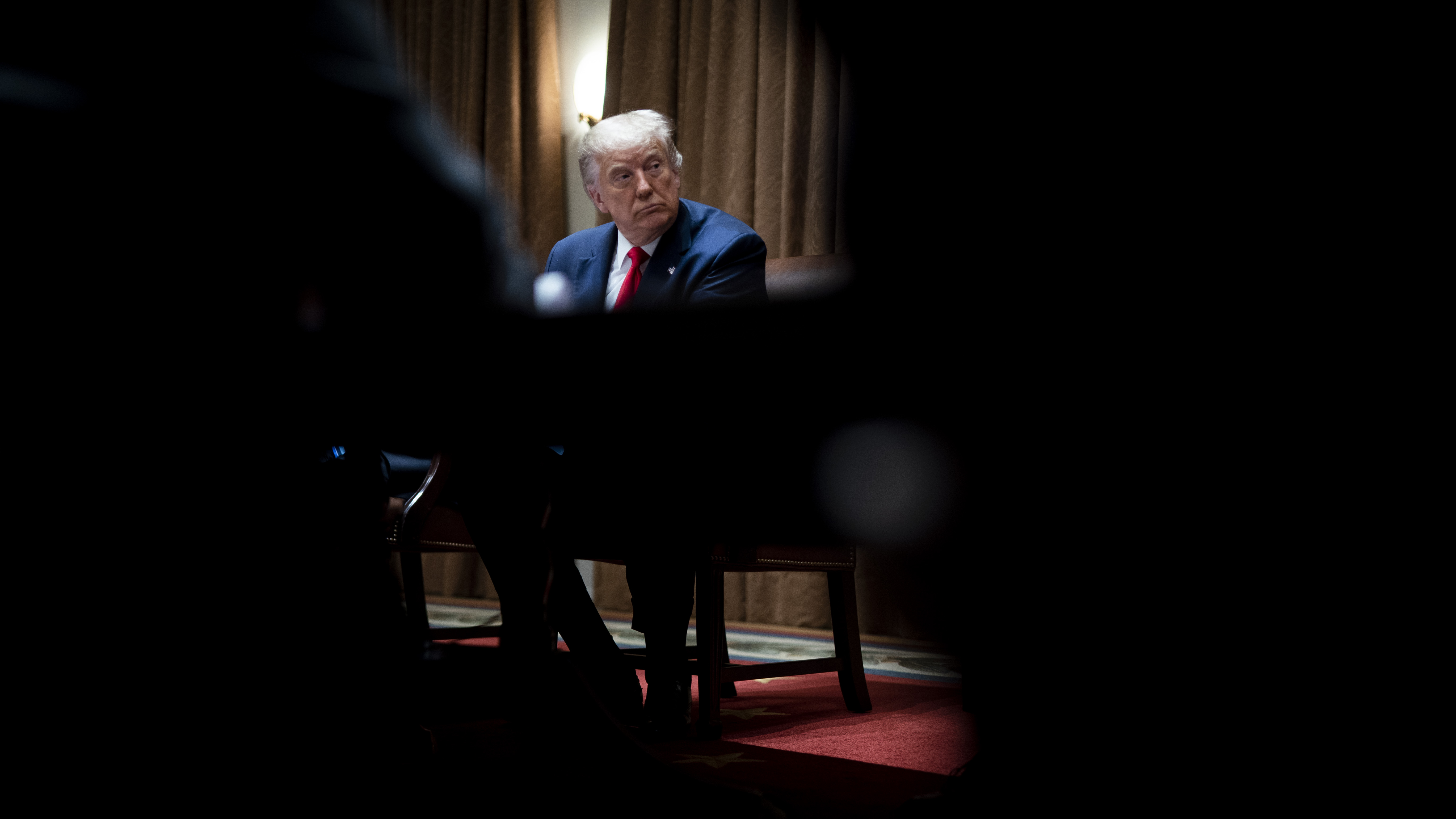 U.S. President Donald Trump sits during a meeting in the Cabinet Room of the White House in Washington D.C., U.S., August 3, 2020. / Getty Images

U.S. President Donald Trump sits during a meeting in the Cabinet Room of the White House in Washington D.C., U.S., August 3, 2020. / Getty Images

Editor's note: Daryl Guppy is an international financial technical analysis expert. He has provided weekly Shanghai Index analysis for the Chinese media for more than a decade. Guppy appears regularly on CNBC Asia and is known as "The Chart Man." He is a national board member of the Australia China Business Council. The views expressed here are his own and do not necessarily reflect those of CGTN.

Today I hold in the palm of my hand a threat so powerful that the entire might of the United States has been gathered to take it away from me. It's my Huawei phone running WeChat. It is such a threat that President Trump is apparently totally unconcerned about the deleterious impact of his sanction decisions on American companies with businesses in China, dismissing these concerns with a lazy "whatever."

As an investor in American stocks I cannot afford to be so sanguine. Part of my investment strategy is to include companies which have substantial and expanding business in China. Apple generated 40 billion U.S. dollars of its revenue in China. I have bundled together positions in Apple, McDonalds, Nike, Walmart and Starbucks.

This gives my investment portfolio exposure to the Chinese market without taking a direct risk with Chinese companies.

Now all of these investment positions are under threat. Secretary of State Pompeo has made it clear that his preference is for these transactions to be off limits to any U.S. resident, citizen or entity organized under the laws of the United States. This is the same policy approach that was used to bully Cuba into submission since 1958.

The external muscle behind this threat is the SWIFT settlement system. President Trump can try to force SWIFT, the Belgium-based messaging system which 11,000 banks worldwide use to make cross-border payments, to expel members from the offending state. More particularly, he can refuse access by a bank to CHIPS, the New York-based clearing house through which 95 percent of all dollar transactions are routed.

He can place an embargo on China's financial system by threatening to punish any foreign or domestic financial institution that uses dollars but continues to transact with the embargoed firms. This could stop Bank of China doing business with any American bank.

China is increasingly protected from this muscle with the rapid deployment of the Chinese sovereign Digital Currency Electronic Payment (DCEP). This provides some protection against the need to settle in U.S. dollars and we expect to see this alternative rapidly enhanced for trade partners and particularly the Belt and Road partners.

My growing concern is the collateral damage inflicted on innocent bystanders. In addition to these U.S. companies I also have a number of Australian companies in my investment portfolio. These are iron ore miners, manufacturers of infant milk powder, and agricultural exporters. Unlike Apple and Starbucks, they do not have business in China. Exports to China are their most important market. The demand for their products will not diminish, but the ability to get paid for their products may be under threat.

Typically, they are paid in U.S. dollars by their Chinese counterparts. These are electronic transfers facilitated by the SWIFT and CHIPS dollar settlement systems using a mixture of Chinese and U.S. co-respondent banks. 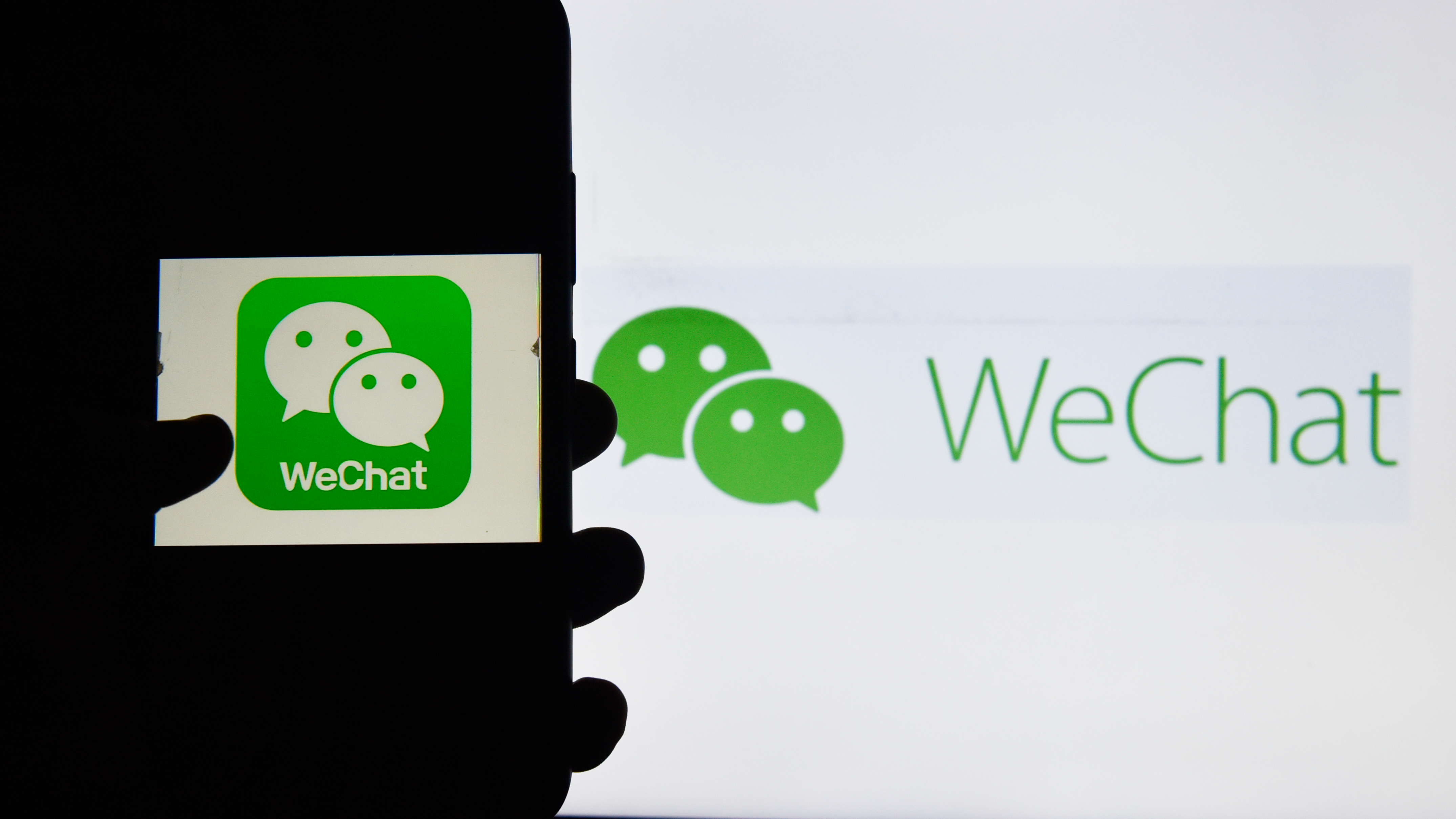 This cross-border settlement chain is now under threat as Pompeo has indicated. As yet, that threat has not been implemented but the intention and the possibility is clear. If exporters cannot get paid in U.S. dollars because the transactions are blocked by unilateral policy decisions, then their value as an investment is negligible.

My investment portfolio also includes Singapore listed CaiptalLand which operates many shopping malls in China as well as landmark malls in Singapore. Their balance sheet relies on being able to convert mall rental fees from Beijing, Shanghai and elsewhere into U.S. dollars for remittance to Singapore. CapitalLand is not a U.S. company but the funds transfer chain does include U.S. companies which may be prohibited from transactions because they are off limits to any U.S. resident, citizen or entity organized under the laws of the United States. These U.S. registered co-respondent banks and enablers become the weak link in the chain because they can be directly sanctioned by the United States.

There is a solution and it's hoped that it can be deployed quickly enough to preserve at least some of my portfolio investment in China business. The combination of the COVID-19 crisis and the increasingly hysterical pre-election anti-China rhetoric in the United States has accelerated the implementation of China's sovereign digital currency. Parallel to this is an acceleration in access to China's capital markets and the use of block chain distributed ledgers to expedite cross border transactions.

The remaining question is to establish the degree and speed to which U.S. pressure will destabilize the dollar-based settlement system. It may be too late to save the value of the American companies in my investment portfolio. Their fate is sealed by their government. However, if others are agile enough, they may be able to switch to the alternatives and preserve their value and the value of my investments.

But one thing is for sure: my Huawei and WeChat will become even more essential tools for China engagement.