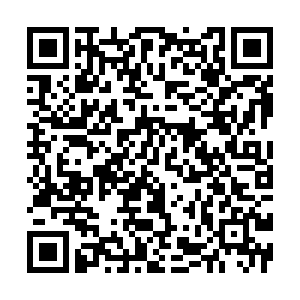 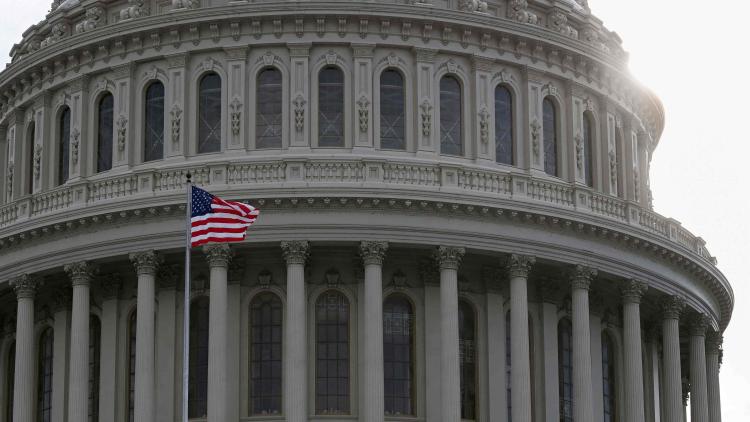 The Democratic-led U.S. House of Representatives on Saturday approved a 25-billion-U.S.-dollar funding bill to the U.S. Postal Service and blocked changes that could slow mail-in services, including mail-in ballots.

The 257-150 vote sent the legislation dubbed the "Delivering for America Act" on to the Republican-controlled Senate. But Senate Majority Leader Mitch McConnell said in a statement that the Senate would "absolutely not pass" the stand-alone bill.

The White House also strongly opposes the legislation and has said it would recommend that U.S. President Donald Trump veto the measure.

But more than two-dozen House Republicans broke ranks to join Democrats in approving the bill, during a rare Saturday session called by House Speaker Nancy Pelosi in the middle of the congressional August recess.

With mail-in voting expected to surge during the coronavirus pandemic, Trump has alarmed Democrats by repeatedly denouncing mail-in ballots as a possible source of fraud. Postmaster General Louis DeJoy recently suspended cost-cutting measures that have slowed deliveries in recent weeks.

Democrats, who accuse Trump of trying to discourage mail-in balloting to gain an electoral advantage over Democratic presidential nominee Joe Biden, cast themselves as defenders of a public that relies on the Postal Service for vital deliveries, including prescription drugs. 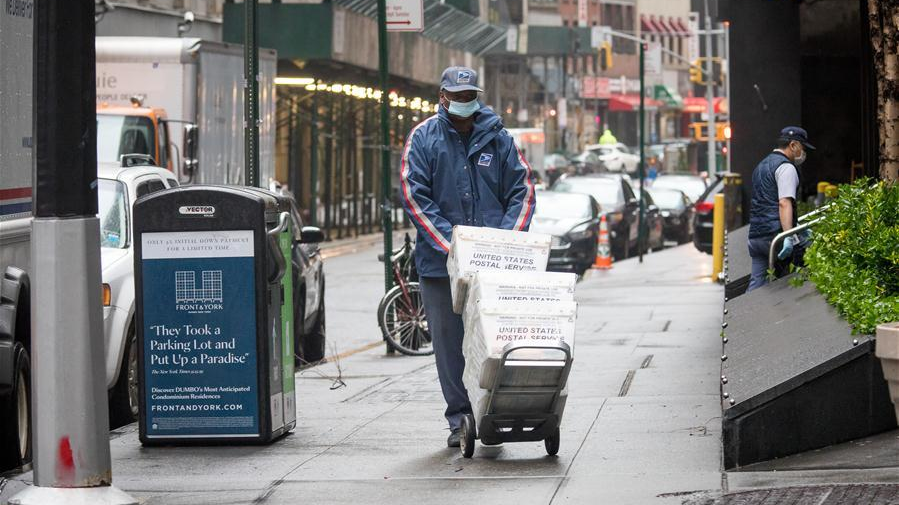 Maloney also released a Postal Service document showing an 8 percent slowdown in the processing of first class mail, most of it occurring after DeJoy became postmaster in June.

Republican leaders denied that the Postal Service was in any danger and criticized Democrats for moving legislation forward before DeJoy could testify at a House hearing slated for Monday.

"This is the result of a legislative process only slightly less absurd than the conspiracies, insinuations and fabrications that gave rise to the purported need for it," said Republican Representative James Comer.

The 26 Republicans who supported the measure represented more than one in 10 House Republican members. Another 23 Republicans did not vote. 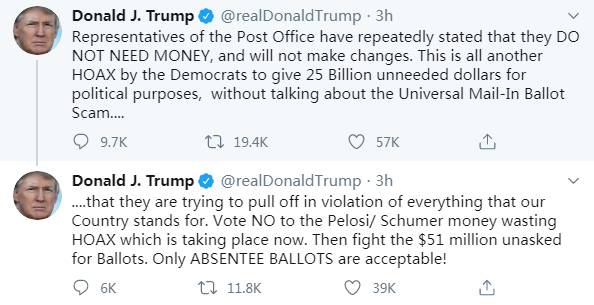 As lawmakers prepared to vote, Trump took to Twitter to accuse Pelosi and Senate Democratic leader Chuck Schumer of seeking unnecessary funding for the Postal Service and trying to pull off a "Universal Mail-In Ballot Scam."

"Vote NO to the Pelosi/Schumer money wasting HOAX which is taking place now," the president wrote.

DeJoy told a Senate committee on Friday that the Postal Service would deliver ballots "securely and on time" in the November election but said bigger changes could come after that.

In fact, the House bill would prevent DeJoy from taking any action that would impede service until after next January or the end of the coronavirus health emergency, whichever comes later.

"Our legislation is not just about the election. It's about - surprise, surprise, Mr. Postmaster General - the coronavirus!" Pelosi told a news conference.

"His comments are one thing. His actions will be another. And that's why we have this legislation," she said.

She said Trump's attacks on mail-in voting were part of a larger effort to suppress voting that also includes his recent call for law enforcement officers to monitor voting at polling places.

(Cover: The U.S. Capitol dome is seen as the House of Representatives meets to vote on the "Delivering for America Act" legislation, prohibiting changes to the U.S. Postal Service, in Washington, DC, U.S., August 22, 2020. /Reuters)