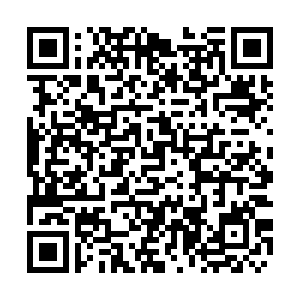 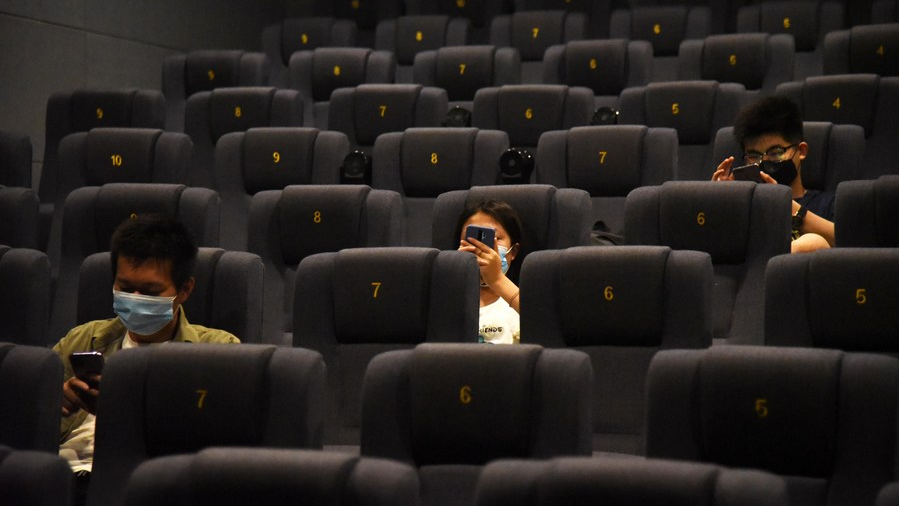 Seat distancing is applied at a movie theater which has recently reopened in Jinan, east China's Shandong Province, July 20, 2020. /Xinhua

Seat distancing is applied at a movie theater which has recently reopened in Jinan, east China's Shandong Province, July 20, 2020. /Xinhua

The 10th Beijing International Film Festival (BJIFF) opened on August 22. As the first large-scale film-related event held in Beijing since the coronavirus outbreak, the festival has taken an "online and offline" form to meet the needs of the audience. Meanwhile, the film market sections are all transformed into online exhibitions.

This year, the theme of BJIFF is "In Pursuit of a Shared Dream." The day before the festival opened, the movie "The Eight Hundred" hit nationwide cinemas. It is the first domestic blockbuster debut since the cinemas' reboot. At a time when there are many subtle uncertainties in the Chinese film market, this film is under great pressure to release. The bright side is, under a 50-percent attendance limit, the film broke 600 million yuan in box office in just two days. This performance has given the entire Chinese film industry a shot in the arm. And it sends a signal that the Chinese film industry could be reawakening.

As of August 22, the country's single-day box office exceeded 200 million yuan, and 85 percent of the cinemas across the country have resumed work. There are seven movies scheduled for the upcoming National Day holiday, including blockbusters such as "Leap," "My People My Homeland," "Mulan," and the highly anticipated animated movie "Legend of Deification." In the film studios in Hengdian and Qingdao, hundreds of film crews are back to work, and everything was as busy as before the epidemic.

The revival of the film industry is obvious. The government has taken measures to consolidate the effect.

First, many cities raised the ceiling on cinema attendance from 30 to 50 percent, and it is not hard to expect that the cinemas will eventually open fully as the epidemic is under control. Second, the government has introduced subsidies. These subsidies are mainly used in two aspects, either to subsidize small and medium-sized cinemas that are heavily affected by the epidemic, or directly distributed to the general audience to stimulate attendance.

Without a doubt, the epidemic has brought changes to the industry.

Streaming platforms have brought fierce competition to traditional cinemas, especially during the outbreak when many movies decided to cancel theater releases and debut online instead. For example, the movie "Mulan" scrapped its original plan of a theater release in many countries where the epidemic is still severe, and the premiere will move to Disney's owned video-on-demand (VOD) platform.

This has raised the frustration among many small cinemas in Europe. Local theater managers had been hoping for months that this production would help them win back audiences and tide them over, while the movie's retreat disappointed them badly.

In the United States, AMC theaters and Universal have agreed on a new deal where there will be a 17-day release window instead of the customary 70 days. In China, the animation film "Mr. Miao" only screened in theaters for a week before moving to VOD platforms. 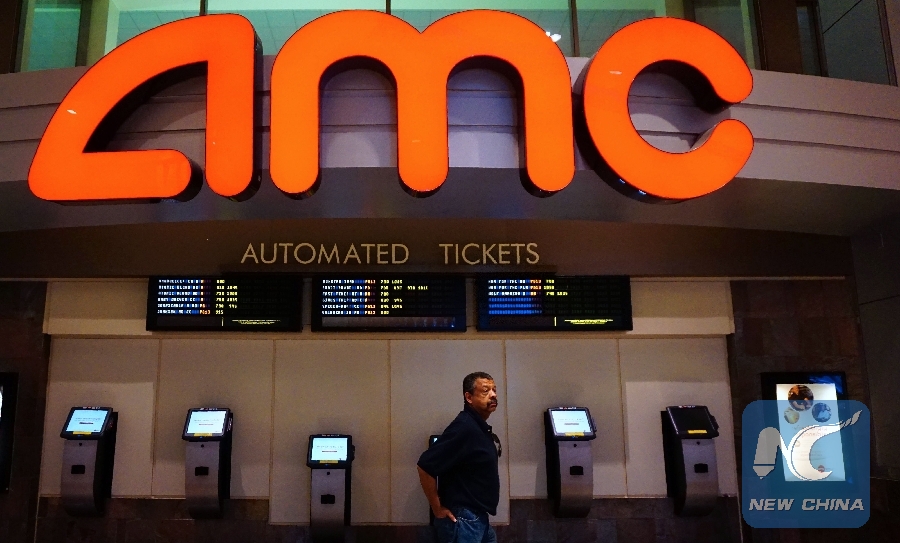 For film distributors, the cost of online distribution is relatively low and the risk is relatively small; however, for movie theaters, the short window period increases their pressure. For the audience, although online viewing is more flexible and convenient, the viewing experience in cinemas is unattainable with home devices or mobile devices, especially in the case of blockbusters like "The Eight Hundred," which are tailored for the big screen.

Another change brought by COVID-19 was reflected in the distribution method.

The film distributor of "The Eight Hundred" has made an unprecedented scheme: movie theaters with an annual box office of less than two million yuan must approve a guaranteed amount at 3.5 percent of the actual box office of the previous year to get the movie master key; otherwise, they will be disqualified from screening the film. In other words, the theaters that have made less than two million yuan in recent years would have to pay up to 70,000 yuan in advance to enter the game.

In the past, distributors tried their best to build a good relationship with cinemas to ensure the successful screening of their movies. Once the new distribution scheme was introduced, there was strong opposition from many small cinemas. They argued that it is unfair to pay the fee upfront for cinemas that have been shut down for more than 100 days.

Insiders have pointed out that the release scheme reflects the urgency of the film's producer, Huayi Brothers, to collect the money; at the same time, they are not ruling out the possibility that other projects would adopt the same scheme in the future. The company defends itself as this distribution scheme is not aimed at leaving small movie theaters behind, but to protect the normal order of the film market and crack down on the long-existing issue of box office fraud.

In my opinion, box office fraud is a problem that should be solved sooner or later, while the coronavirus outbreak shifts the pressure from production companies and distributors down to the cinemas. As a result, it accelerated the pace of change in the industry. Also, the distributor's decisive action reflects their confidence in the quality of the movie to some extent.

Production, distribution, and screening are all indispensable parts of the film industry; the three are interdependent. Therefore, they need more understanding and cooperation in a frank and open way to go through the hard times together.

At last, as a film worker, I would like to show my respect for all the audience. On the day "The Eight Hundred" debuted nationwide, I went to the cinema for the first time since the shutdown. The 50 percent available seats are almost all occupied. Young couples, college students, parents with children, senior moviegoers – even though they were all wearing masks, I could still feel their loyalty and passion for the Chinese film industry.

Movies create shared memories for generations, and it is also a microcosm of the times. With the audience's support, the Chinese film industry will find a better way in the next decade.