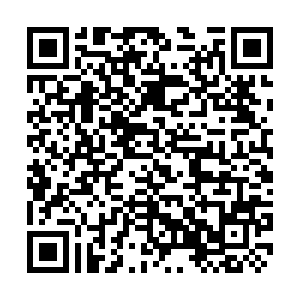 Asia's stock markets opened higher on Tuesday following a Wall Street rally driven by vaccine hopes, while the dollar found some support ahead of a key central bank speech.

Also supporting the mood were statements from both China and the United States, saying top-level trade representatives had held constructive talks over the future of the phase one trade deal.

MSCI's broadest index of Asia-Pacific shares outside Japan rose by 0.3 percent to its highest since early January and sits just a fraction below a two-year high.

Japan's Nikkei opened 1 percent higher and banking stocks led Australia's S&P/ASX 200 to go up by 0.8 percent. Futures pointed to a steady open in China's Hong Kong and the mainland. S&P 500 futures rose by 0.3 percent in Asia.

Markets worldwide got a boost when U.S. regulators on Sunday authorized the use of blood plasma from recovered COVID-19 patients as a treatment option, helping the S&P 500 gain 1 percent to another record close overnight.

The U.S. Food and Drug Administration's move was hailed by U.S. President Donald Trump. Shares of AstraZeneca also rose on a Financial Times report that the U.S. government was considering fast-tracking its experimental vaccine.

That seemed to overshadow a rise in coronavirus cases in Europe and the first documented case of human re-infection with COVID-19, where a man in Hong Kong caught the virus again some four months after first being infected.

In currency markets, the dollar, which has been sensitive to sentiment in equity markets edged higher, defying pressure from a gain in stocks that often leads investors to sell dollars for riskier currencies.

Investors now await a Thursday speech from Federal Reserve Chairman Jerome Powell and expect he might address the Fed's future approach to inflation and allow it to run hotter than 2 percent to make up for years of undershooting.

The dollar also found support from an overnight rise in yields, which extended by a whisker on Tuesday as the yield on benchmark U.S. government 10-year debt edged up to 0.6590 percent. That kept the euro to 1.1795 U.S. dollars and the Aussie at 0.7171 U.S. dollars in Asian morning trade.

The firmer dollar held gold to 1,929 U.S. dollars an ounce. A light data calendar in Asia has investors looking to Australian payrolls figures ahead of Germany's IFO business survey due at 0800 and U.S. consumer confidence data at 1400 GMT.