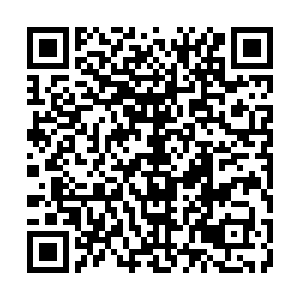 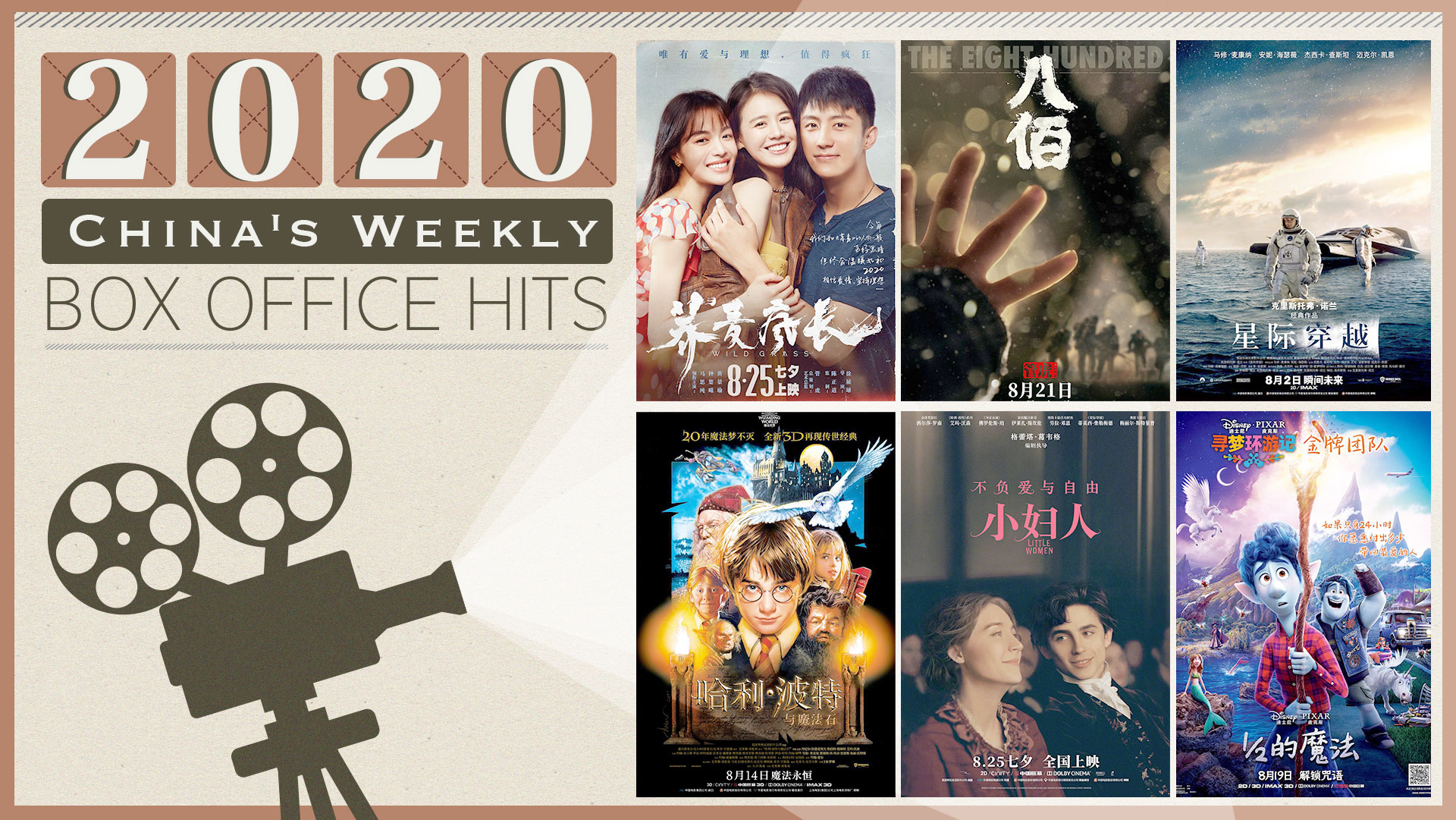 In the era of COVID-19 and more than one month after the reopening of cinemas, the Chinese war epic "The Eight Hundred" has grossed over 968 million yuan (140 million U.S. dollars) within the first four days of releasing, topping China's box office.

The 147-minute film has earned one billion yuan (144.7 million U.S. dollars) as of Monday, the first movie making over one billion yuan in China this year, according to online ticket booking platform Maoyan.

As the first major Chinese production to hit movie theaters since the COVID-19 outbreak, it boosts the movie market since the country's theaters reopened recently due to the prevention and control measures of coronavirus.

The domestic single-day box office rise rapidly from 79 million yuan (11.4 million U.S. dollars) to 200 million yuan (28.9 million U.S. dollars) after "The Eight Hundred" official released, and this data refers to the period before Chinese Valentine's Day, which its celebrated today, August 25, meaning there are expectations for the total revenue to continue incising. 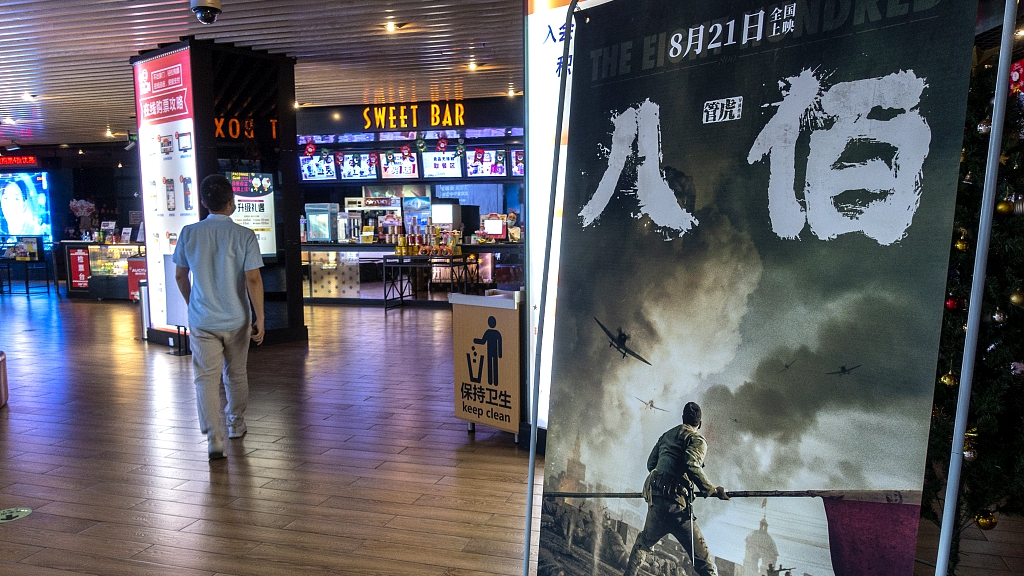 Blockbuster 'The Eight Hundred' was released on August 21. /CFP

Blockbuster 'The Eight Hundred' was released on August 21. /CFP

Coming-of-age franchise "Harry Potter and the Sorcerer's Stone" has grossed 163 million yuan (23.6 million U.S. dollars) as of Sunday, taking the second place in the fifth week after reopening of cinemas.

"The Eight Hundred" refers to the 800 soldiers, who fought in the defense of Sihang Warehouse in Shanghai during the War of Resistance Against Japanese Aggression in 1937.

Director Guan Hu heard the story about 800 heroes from his father, a 93-year-old former soldier with the Eighth Route Army himself. 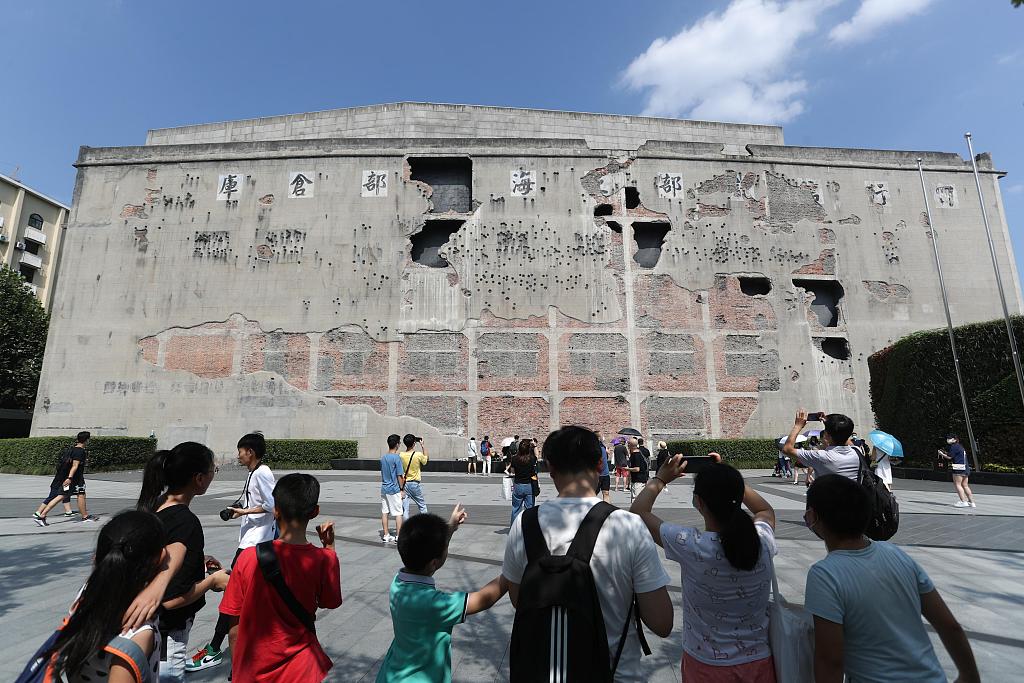 With the popularity of the film, Sihang Warehouse in Shanghai saw a peak of visitors. /CFP

With the popularity of the film, Sihang Warehouse in Shanghai saw a peak of visitors. /CFP

The movie not only shows how those solders sacrificed themselves to defend the country, but also presents the transformation of citizens' attitude. "What makes this film different is that it doesn't merely praise the heroes who sacrifice their lives, but also shows how ordinary people can be influenced by their spirits and then choose to fight," one netizen wrote. The movie has been rated 7.8 out of 10 at China's leading reviews aggregator, Douban.

This is also the first Chinese movie completely filmed with state-of-the-art IMAX cameras, which makes it the first commercial film in Asia to used that equipment all throughout filming.

Apart from audiences, industry insiders have also praised the film. "It's sort of a milestone in the Chinese war film genre. It's bound to leave an important mark in the Chinese film history," said Cheng Wu, CEO of Tencent Pictures according to ChinaDaily's report. 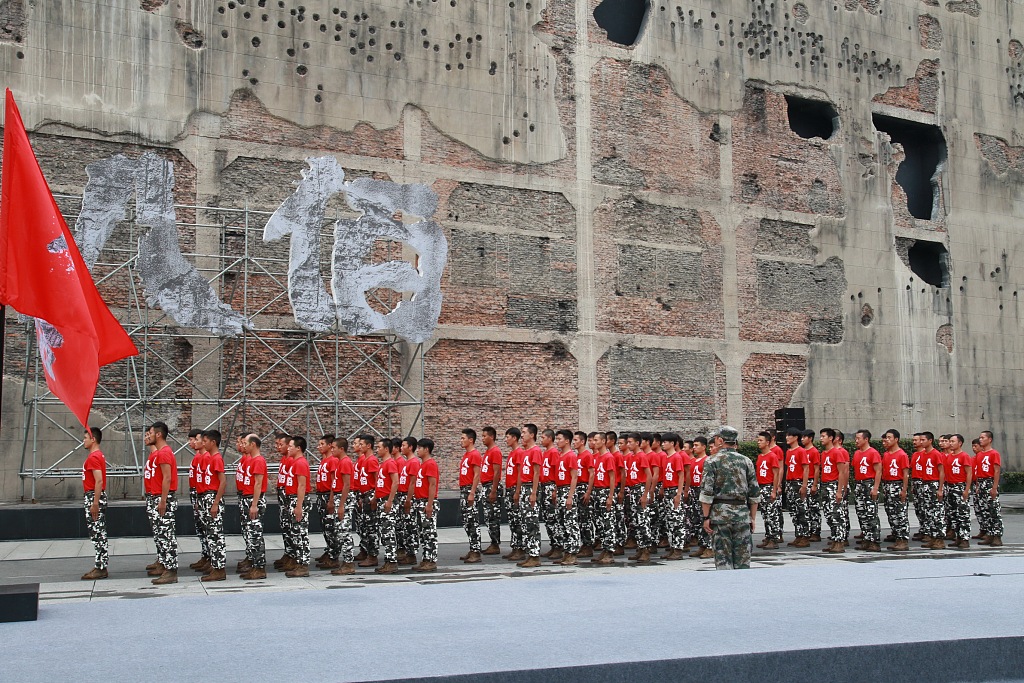 Press conference for the movie 'The Eight Hundred' outside the Sihang Warehouse in Shanghai, on September 8, 2017. /CFP

Press conference for the movie 'The Eight Hundred' outside the Sihang Warehouse in Shanghai, on September 8, 2017. /CFP

August 25 marks the Chinese Valentine's Day this year, so many couples might choose to go to the cinema on this holiday together.

Many movies are available during this festival, including star-studded period adaptation "Little Women," domestic rom-com "Wild Grass," and fantasy romance "Love You Forever."