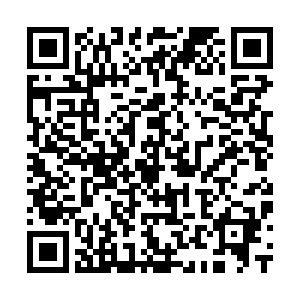 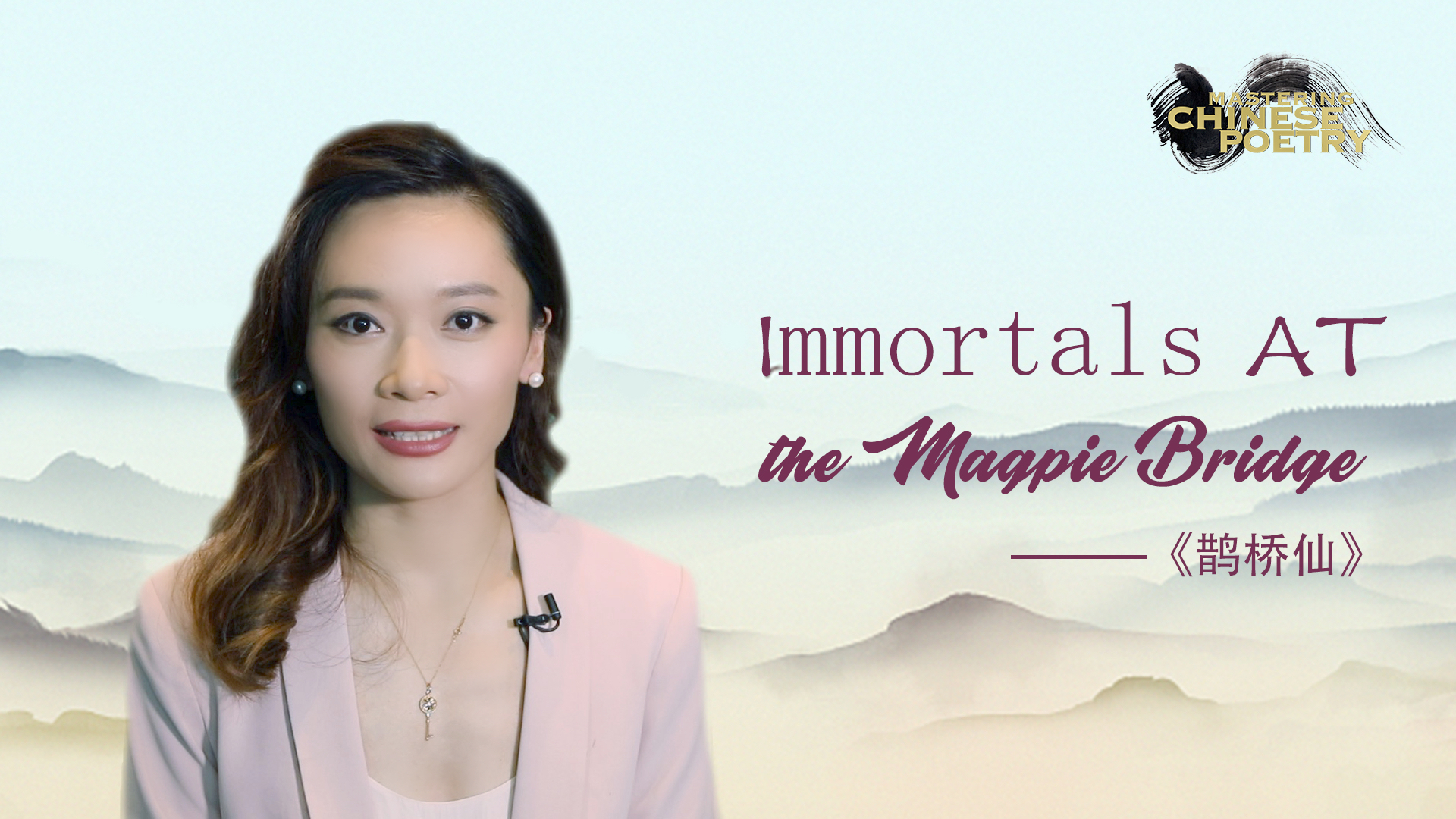 You may have heard of the star-crossed lovers from the Qixi Festival. The festival, familiarly known as the Double Seventh, celebrates the annual rendezvous between a cowherd called Niu Lang on Earth, and Zhi Nu, the "weaver girl" and seventh daughter of the Mother Queen in Heaven. The story is about how they fell in love but were banned from seeing each other because of opposition from the girl's family.

Qixi is the only Chinese festival devoted to love and is referred to as the Chinese Valentine's Day. It takes place on the 7th day of the 7th month of the Chinese lunar calendar, hence the Double Seventh, and it falls on August 25 this year.

Dating back over 2,000 years, the ancient tale speaks to our deepest romantic yearnings. CGTN shares a classic poem written by Song poet Qin Guan about this tale in Episode 12 of Mastering Chinese Poetry: Immortals at the Magpie Bridge.

Immortals At The Magpie Bridge

Stars shoot with grief at heart.

Across the Milky Way, the Cowherd meets the Maid.

All the love scenes on earth, however many, fade.

Their happy date seems but a dream.

How can they bear a separate homeward way?

If love between both sides can last for aye,

Why need they stay together night and day?

In the first three lines:

Stars shoot with grief at heart.

Across the Milky Way, the Cowherd meets the Maid.

You can imagine that the couple were separated by the galaxy and they can meet each other only once a year. As they spend those lonely nights alone and battle lovesickness, the stars can only shoot with a sense of grief.

What was the Milky Way that separates these lovers made from? It originates from the silver hairpin of Xiwangmu, often referred to as the Queen Mother of the West, the mother of Zhi Nu and the Goddess of Heaven. She hated to give her daughter away to a mortal and hurled her hairpin into the sky which turned into a silver river of stars to stop the young lovers from meeting each other.

All the love scenes on earth, however may, fade.

From these two lines the narrator seems to be suggesting that although the pair can only meet once a year, that might be already better than real couples who spend most of their time together but are not in love anymore.

Why can the lovers only meet once a year? Because thousands of magpies moved by the pair's strong love gather to form a bridge so they could meet at its central point. Eventually, Zhi Nu's parents gave in and allowed their annual gathering.

If love between both sides can last for aye,

Why need they stay together night and day?

The last two lines show the author's understanding of the true meaning of love. The couple needn't be physically together as long as they love each other deeply. Chinese people usually use it to describe a deep affection between separated and long-distance lovers.

People define love in different ways. For some, being strongly connected with your heart and soul and being physically together are equally important. If I love you, I wish I could stay together with you day and night.

Share with us on our social media platforms a favorite love poem and a moment you felt you were loved.