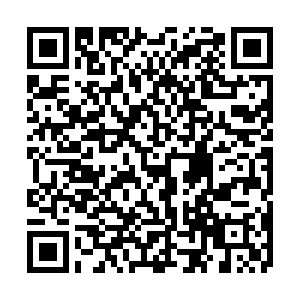 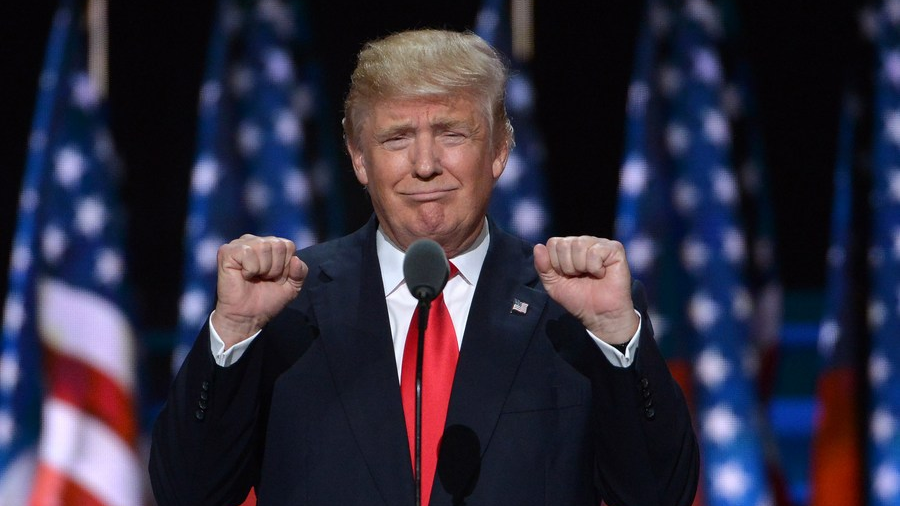 The Republican Party convention opened on Monday in an alternate universe where Donald Trump supports postal workers, protects Americans from the coronavirus and is a good friend to the Black community.

He and the other speakers on the first night of convention then went on to reinforce this stereotype.

Perhaps the most controversial speakers were Southern Methodist University of Law graduates Mark and Patricia McCloskey, who infamously brandished a semiautomatic rifle and a handgun at Black Lives Protesters who were walking down their private street.

The McCloskeys had some local notoriety for taking a sledgehammer to several hives of bees being kept by students in a neighboring Jewish school, and for launching a lawsuit to force a gay couple out of their neighborhood on the grounds the couple was not married.

Another speaker, Andrew Pollack, described how a school shooter killed his daughter, and blamed the death on "left-wing Democrats." Pollack said at the convention, "I truly believe the safety of your kids depends on whether this man (Trump) is reelected." The president at one point suggested teachers should be armed to prevent such shootings in future, and resists gun control.

Why the focus on guns? Because America, at least the Democrats and non-white part, is dangerous and threatens the safety of people who kneel to pray and stand for the flag.

Kimberly Guilfoyle, former wife of California Governor Gavin Newsom, said, "If you want to see the socialist Biden-Harris future for our country, just take a look at California. It is a place of immense wealth, immeasurable innovation, an immaculate environment, and the Democrats turned it into a land of discarded heroin needles in parks, riots in streets and blackouts in homes."

Congressman Matt Gaetz of Florida said Democrats will "disarm you, lock you in your home and invite MS-13 [a street gang] to live next door. And the defunded police aren't on the way."

In stark contrast to the roll call at the Democratic convention last week, a ritual in which states pledge their delegates to the winning candidate, the GOP representatives were almost all white, mostly male, and largely balding or greying. There were no black faces, and racial diversity mostly came from American Samoa, Puerto Rico and Guam.

Trump again casually referred to the coronavirus as the China virus, a racist term that has helped spread bias against Asian Americans.

But don't think the Republicans are racist. After all, some of Donald Trump's best friends are black.

Retired football star Herschel Walker told the convention, "It hurts my soul that people would think I've had a 37-year friendship with a racist."

Possible 2024 presidential contender Nikki Haley, the first Indian American governor in the U.S., said, "In much of the Democratic Party, it's now fashionable to say that America is racist. That is a lie. America is not a racist country."

These speeches took place the day after police in Kenosha, Wisconsin, were videoed shooting an unarmed Black man in the back, as he tried to enter his car with his three children in the back seat. 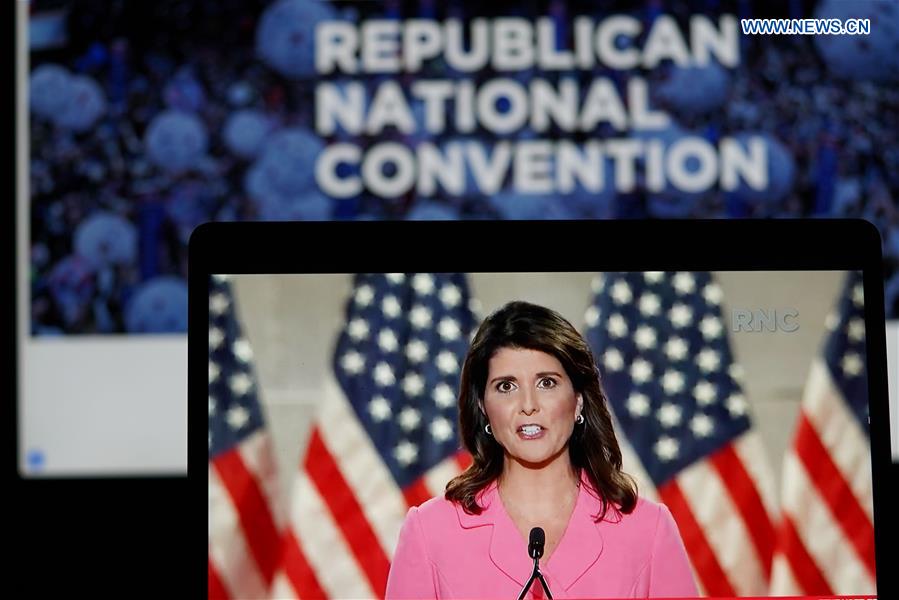 For generations, some White Americans have feared the retribution that would be meted upon them if Black people ever came to power.

Now that the U.S. has had a Black president and may soon have a Black vice president, the Republicans seem to be losing their grip on reality, descending into racist, apocalyptic narratives that deeply resonate with some of the 40 percent of Americans who have consistently supported throughout his first term Trump.

People of color, of course, know Trump and America are racist from their lived experience. Remarks on a convention stage won't change their minds.

However, some Whites may feel comforted by the words of Walker, Haley and the others, and feel it gives them permission to vote for Trump without being racist.

Many of the speakers complained about the radical Democratic cancel culture, about being limited in what they say, or controlled in how they think.

The truth is, people are being called out for their support — either through ignorance or silent complicity — of a system that limits opportunity based not just on race but also social class and where you were born.

The Republicans' comforting core belief, stated over and over again at the convention, is success is available to everyone if they are honest and work hard. This is being exposed as a lie that helps keeps power and wealth in the hands of those who already have it.

This is obvious to hard-working people in the U.S. who can't seem to get a foot on the economic ladder. It is apparently not so obvious to Trump supporters, who may blame minorities, immigrants or China for their economic problems, rather than the system itself.

Despite the Republicans' myth of America as a global beacon of opportunity, the U.S. ranks 27th in the world in terms of social mobility, well behind "socialist" European countries and its northern neighbor Canada, according to a 2020 World Economic Forum report.

GOP supporters may resent "coastal elites" who consider them "uneducated racists, clinging to guns and Bibles." But the ammo-fueled mix of paranoia, blatant lies and race baiting on the first night of the convention was crafted to appeal to exactly this kind of person.