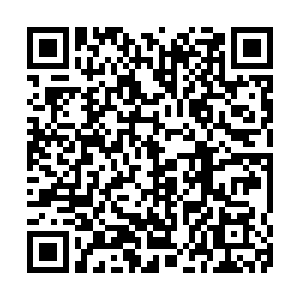 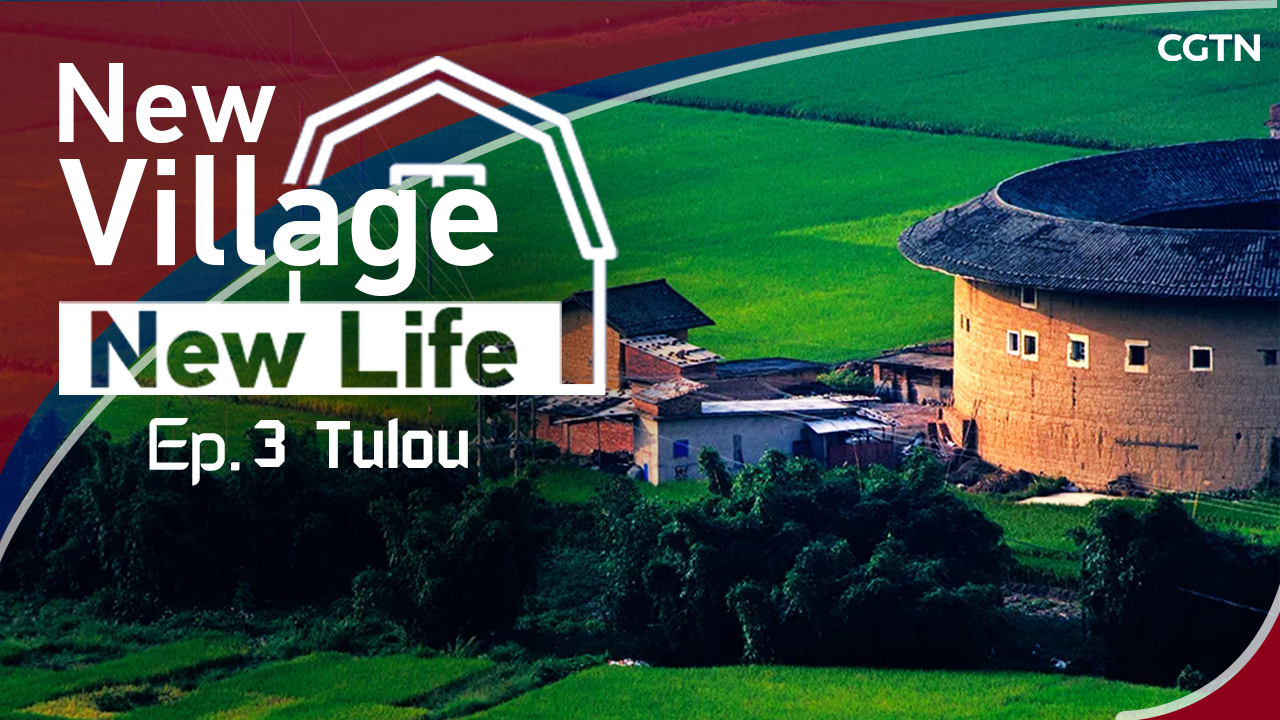 When the Hakka people built these fortress houses, they didn't know that these buildings would one day change the fate of the villages.

Some 2,000 kilometers away from the capital city of Beijing, Yongding in southeast China's Fujian Province boasts the most well-preserved and the largest number of rural dwellings called "tulou." These giant fortified buildings are unique to the Hakka people who built them to protect their families from external attacks hundreds of years ago.

What's interesting about tulou is that each building houses people from the same clan, meaning everyone sharing the same roof surname the same, except for those who have married into the clan. Standing at five to six stories high, some of these buildings are big enough to hold 800 people. 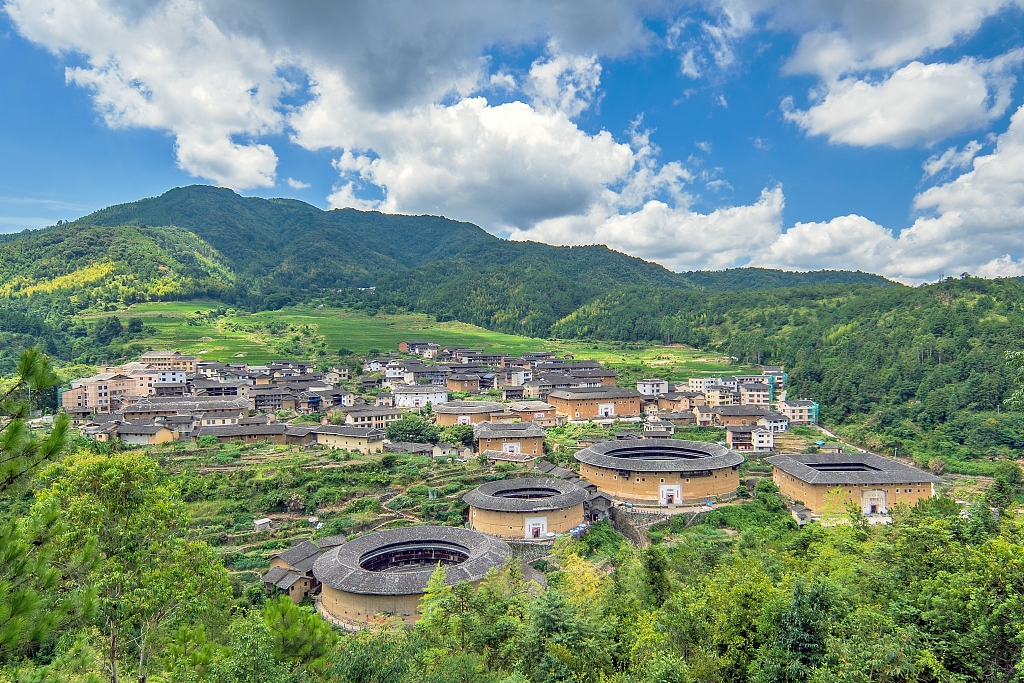 The walls are made of compressed earth, about one to two meters thick. The buildings also come in varied configurations, mostly circular and rectangular. The layout follows the Chinese dwelling tradition of "closed outside, open inside" – the living quarters line along the enclosed wall with a common courtyard at the center. This unique structure keeps tulou warm in winter and cool in summer.

The significance and authenticity of tulou have been widely acclaimed as a total of 46 Fujian Tulou sites were inscribed as UNESCO World Heritage Site in 2008. Today, these dwellings welcome tourists from home and abroad, which has shifted the local villages from a state of poverty to prosperity. 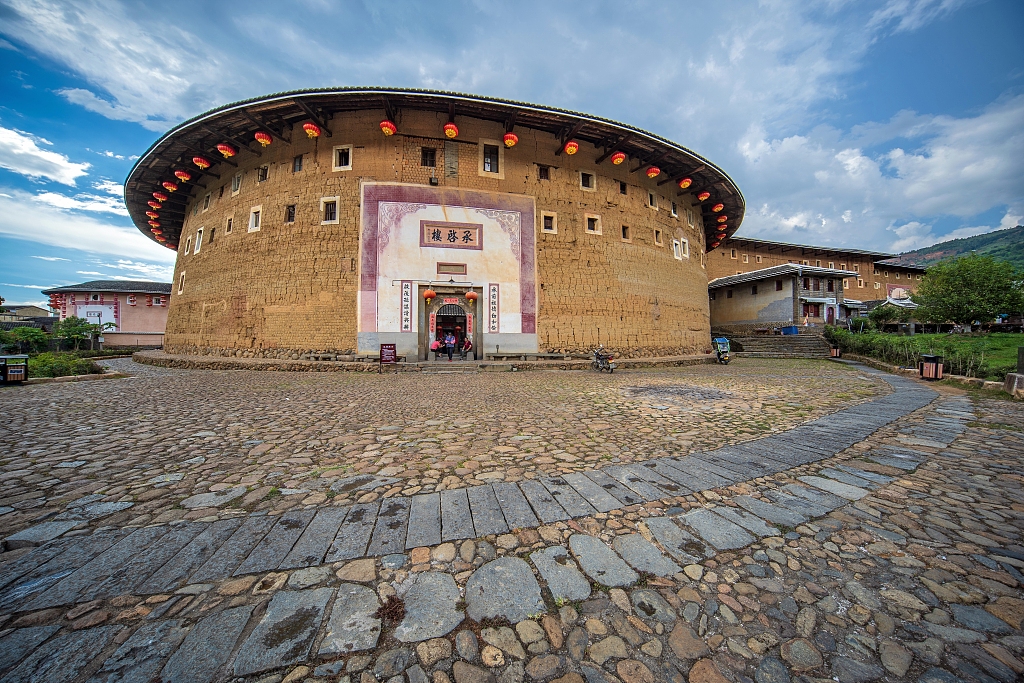 With 23,000 such earthen buildings scattered across the region, Yongding is best known for its largest circular tulou – Chengqi Lou. Nicknamed "the king of tulou" for its massive size, Chengqi Lou has been standing in Gaobei Village for over 300 years.

The four-story building has 288 rooms, with the diameter of the outer ring exceeding 60 meters. Rising to fame, it's like a huge magnet attracting a growing number of visitors who are curious to check this historical treasure out. 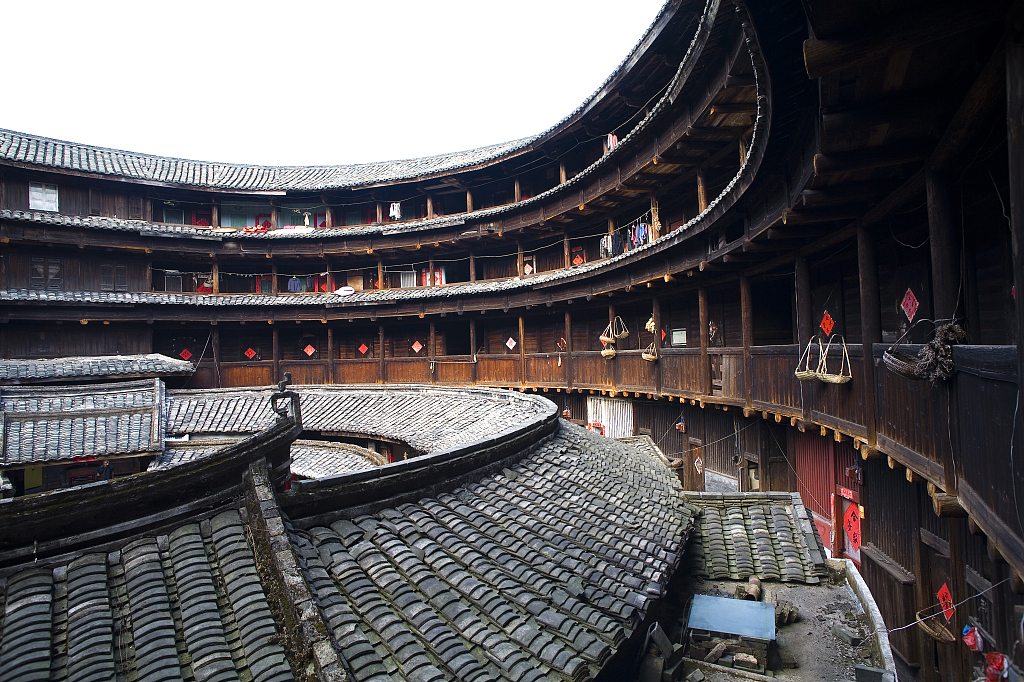 Internal view of a tulou. /CFP

Internal view of a tulou. /CFP

Over the years, the locals have managed to keep the traditions alive and make the tourism sector thrive. The overall quality of the culture and tourism industry has been gradually improved, along with the renovation of ancient buildings, the improvement of transport as well as the establishment of tulou homestay services.

The booming tourism industry has not only created more jobs for the locals, increasing their income, but has also drawn more young people back to the village to start their own businesses. According to the local government report, Yongding received a total of 11.82 million tourists in 2019, generating 13.46 billion yuan (1.96 billion U.S. dollars) in tourism revenue.

By the end of 2019, the district announced that all of its four poverty-stricken townships and 54 villages had been lifted out of poverty. A total of 204 poverty alleviation projects in the district have managed to help 74.5 percent of the poor people increase their income.