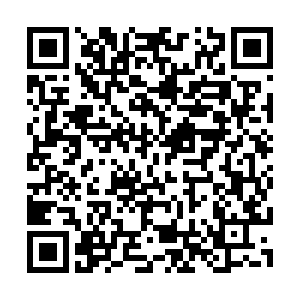 A People's Liberation Army (PLA) spokesman on Friday warned of possible military accidents between China and the U.S., a day after a U.S. navy warship carried out a "routine" operation in the South China Sea.

Senior Colonel Li Huamin, spokesperson of the Southern Theater Command of the PLA, said the Chinese military is aware of the U.S. navigation and sent naval and aerial forces to monitor the sailing.

The U.S. Navy said the USS Martin carried out a "routine" operation in the South China Sea on Thursday, as U.S. Defense Minister Mark Esper continued his regional tour.

"The guided-missile destroyer USS Martin entered Chinese territorial waters off Xisha Islands without permission, and the naval and aerial forces of Southern Theater Command monitored the sailing and warned it to leave," Li said in a statement.

The so-called freedom of navigation is hegemonic, which harms China's national sovereignty and security interests and violates the international law, he said.

"We urge the U.S. to stop such provocative behavior and restrict its maritime actions to avoid possible military accidents," Li said.

In the latest U.S. move against China, the Trump administration on Wednesday blacklisted 24 Chinese companies and targeted individuals over construction and military actions in the busy South China Sea waterway.

In Hawaii, Esper said the Communist Party of China wanted Beijing to project power globally via its military.

Esper also described the Indo-Pacific as the epicenter of a "great power competition with China."

China's Defense Ministry on Thursday hit back such claims, saying "certain U.S. politicians" were attempting to damage Sino-U.S. military ties in the run-up to the November election for their own selfish gain, even seeking to create military clashes.

"This kind of behavior puts the lives of frontline officers and soldiers on both sides at risk," spokesman Wu Qian told reporters at a monthly briefing on Thursday.