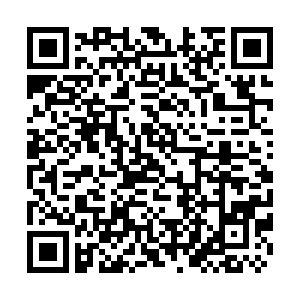 ByteDance may have to suspend negotiations over the pending sale of its popular video-sharing app TikTok, a trade expert has said, after China released a revised catalogue of technologies that are subject to export bans or restrictions.

The revised catalogue, released on Friday jointly by China's Ministry of Commerce (MOFCOM) and the Ministry of Science and Technology, added a total of 23 items subject to export restrictions while deleting four items prohibited from export, including microbial fertilizing and caffeine production technologies.

Cui Fan, a professor of international trade at the University of International Business and Economics in Beijing, said China has been revising laws in recent years to standardize technological imports and exports, such as forbidding forced technological transfer from foreign companies. In the meantime, some new technologies China has developed will also be managed strictly over concerns over national security and public interests, he said.

Cui said some Chinese companies, such as ByteDance, could be affected by the new rule because its video-sharing brand TikTok is in the middle of selling its U.S. assets that involve new technology included in China's new restriction list.

"The newly-added article 21 over 'personalized information push service technology based on data analysis' and article 18 about 'artificial intelligence interactive interface technology' may have something to do with ByteDance," Cui noted.

ByteDance boasts a number of cutting-edge technologies in artificial intelligence and other spheres, and some technologies may have a close bearing on the adjusted catalogue.

Kevin Mayer, who resigned as TikTok's chief executive this week, said in an email to employees that ByteDance will soon "reach a resolution" in its regulatory dispute with U.S. authorities, hinting a deal is on the horizon.

"If ByteDance plans to export related technologies, it should go through the approval procedures," Cui said. "The company's rapid development in international business relies on its strong domestic technical support, and it continues to provide overseas companies with the its latest core algorithm service. It is a typical technical service export."

If its international business is to operate smoothly, no matter who its new owner and operator are, it seems a must for them to acquire software code or its usage rights from China, and it may also entail technical services from China to overseas, the expert added.

"Therefore, it is recommended that ByteDance seriously study the adjusted catalogue and carefully consider whether it is necessary to suspend the substantive negotiation of related transactions before performing the statutory declaration procedures," Cui advised.

TikTok did not immediately respond to a request for comment from CGTN.