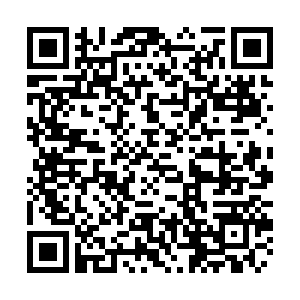 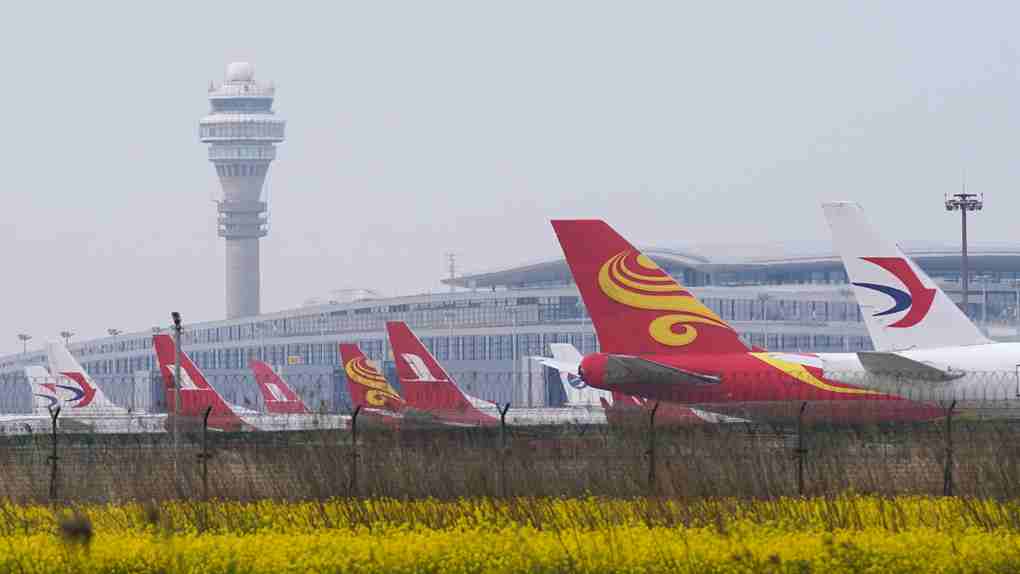 Domestic air travel in China, which has been recovering progressively in the wake of the COVID-19 outbreak, will reach a full recovery by the start of September, ForwardKeys, a company that tracks travel reservations globally, predicted in a data report released on Wednesday.

In the second week of August, domestic arrivals at Chinese airports reached 86 percent of 2019 levels and the issued air tickets hit 98 percent, according to data from ForwardKeys. 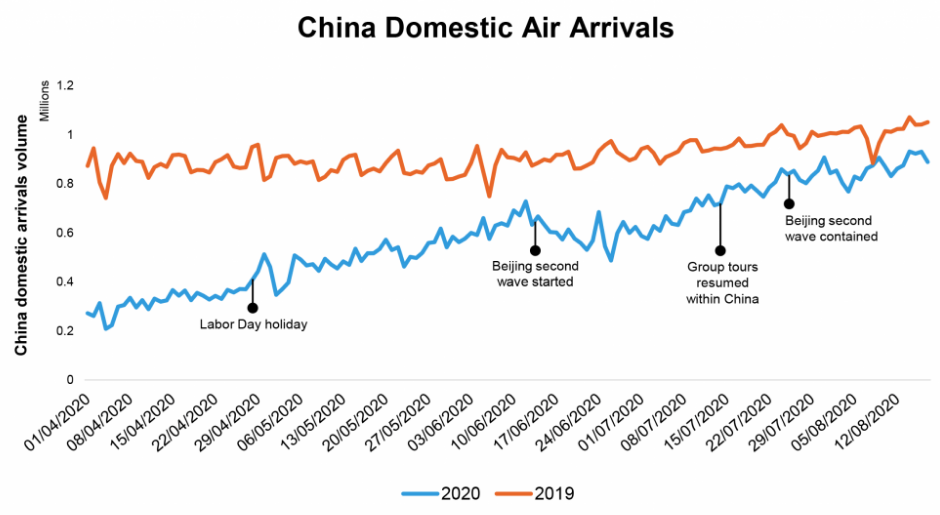 The forecast of a full recovery is based on several factors, including how the pandemic has been under control in China, the company said.

Meanwhile, students who are travelling ahead of the start of the new term in September and aggressive price promotion also encouraged ticket bookings.

"The COVID-19 pandemic has exerted a long-term and profound impact globally," the company said in its results announcement, predicting further uncertainty.

But "the aviation market in China will be the first to rebound, and the overall trend of recovery and development is prosperous", it said, noting "strong potential demand for passenger travel" if the virus is suppressed.

However, the country's second-largest carrier China Eastern Airlines bucked the trend with larger losses in April-June of 4.6 billion yuan than the 3.6 billion in January-March.

This was thanks to an aggressive pricing policy that drew travelers back to the airline but resulted in lower margins.

About 10 Chinese airlines have launched unlimited-flight deals to boost demand since the virus was stamped out through strict lockdowns, contact tracing, and close monitoring of neighborhoods. 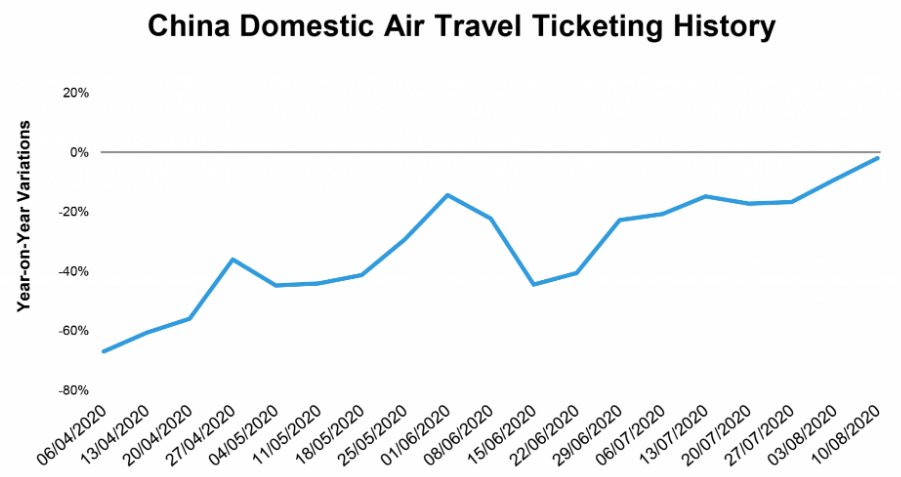 "This is a highly significant moment because it is the first time, since the start of the COVID-19 outbreak that a major segment of the aviation market anywhere in the world has returned to pre-pandemic levels," Olivier Ponti, vice president of insights at ForwardKeys, was quoted as saying in the report.

Travel in the U.S. also picked up again, New York Times reported on Friday, noting that the air travel passengers in recent days reached 30 percent of the level a year ago.

But the U.S. government's inability to control the virus hindered a recovery in air travel, which stalled last month as infections spread across the country, the New York Times said.