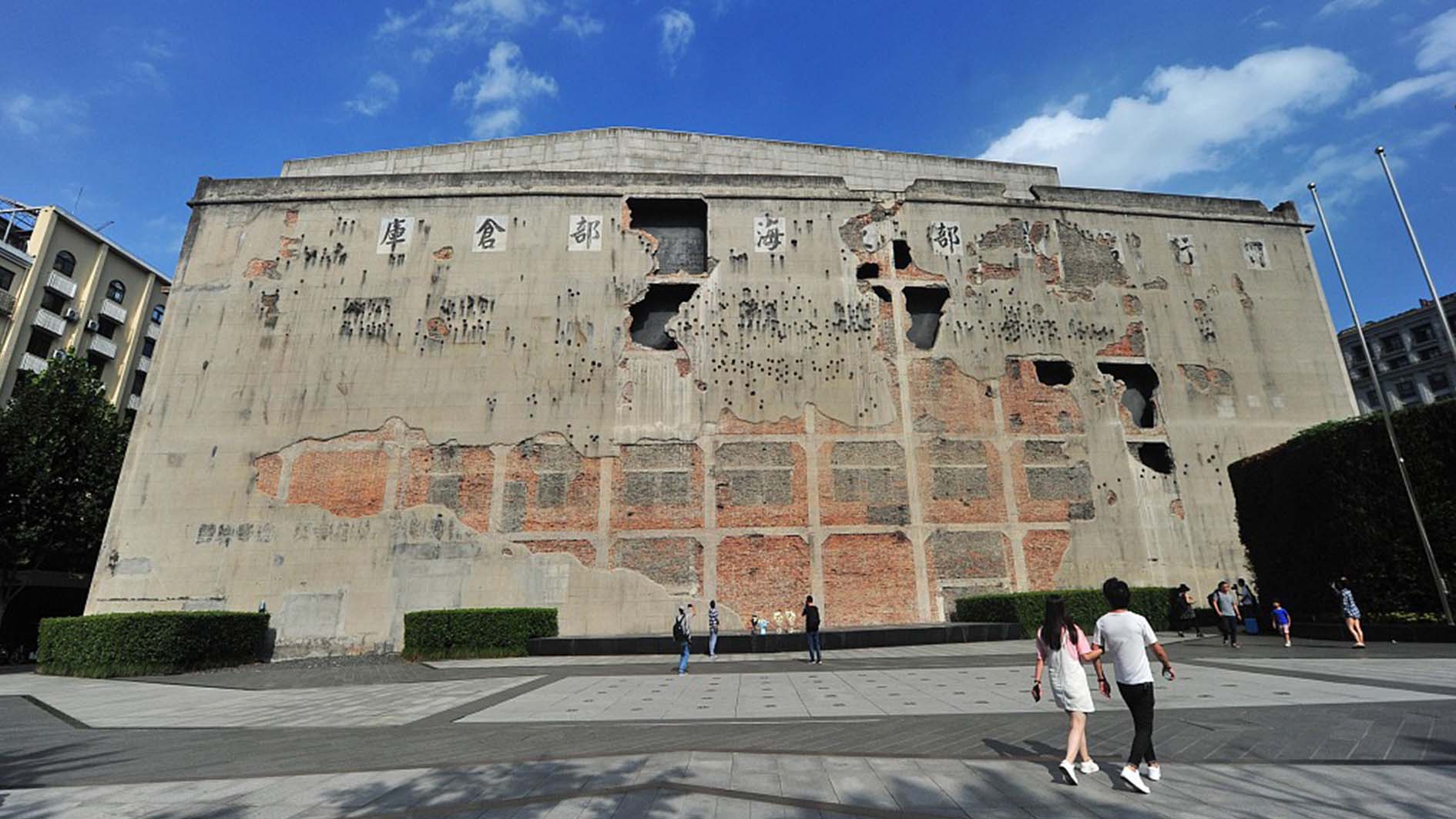 A film, titled "The Eight Hundred," has turned an overlooked museum into a tourist hotspot. The museum, Sihang Warehouse Memorial Hall, has been flooded with tourists from around China. With a limited quota of 2,800 visitors at weekends, museum-goers who do not register online in advance have to wait for days.

"We've got only eight people to cope with so many visitors," said a staff at the museum.

Curator of the museum Ma Youjiong remarked that the number of visitors to the museum had witnessed a slight uptick following the war film's release. "This museum is where the battle really happened. Those who want to know the true story make up a big proportion of the visitors."

Located in one of Shanghai's most crowded areas, the museum was not open to the public until 2015. With the theme of the Chinese People's War of Resistance Against Japanese Aggression in 1930 through to the end of the Second World War, this museum, similar to other ones about China's struggles against foreign invasions, does not gather a crowd except for some special days, including the National Day and anniversaries of historical wars.

Visitors are seen laying flowers, liquors, and cigarettes to pay tribute to the fallen soldiers. School kids are driven here to mourn the dead in the war and learn about the Chinese recent war history. 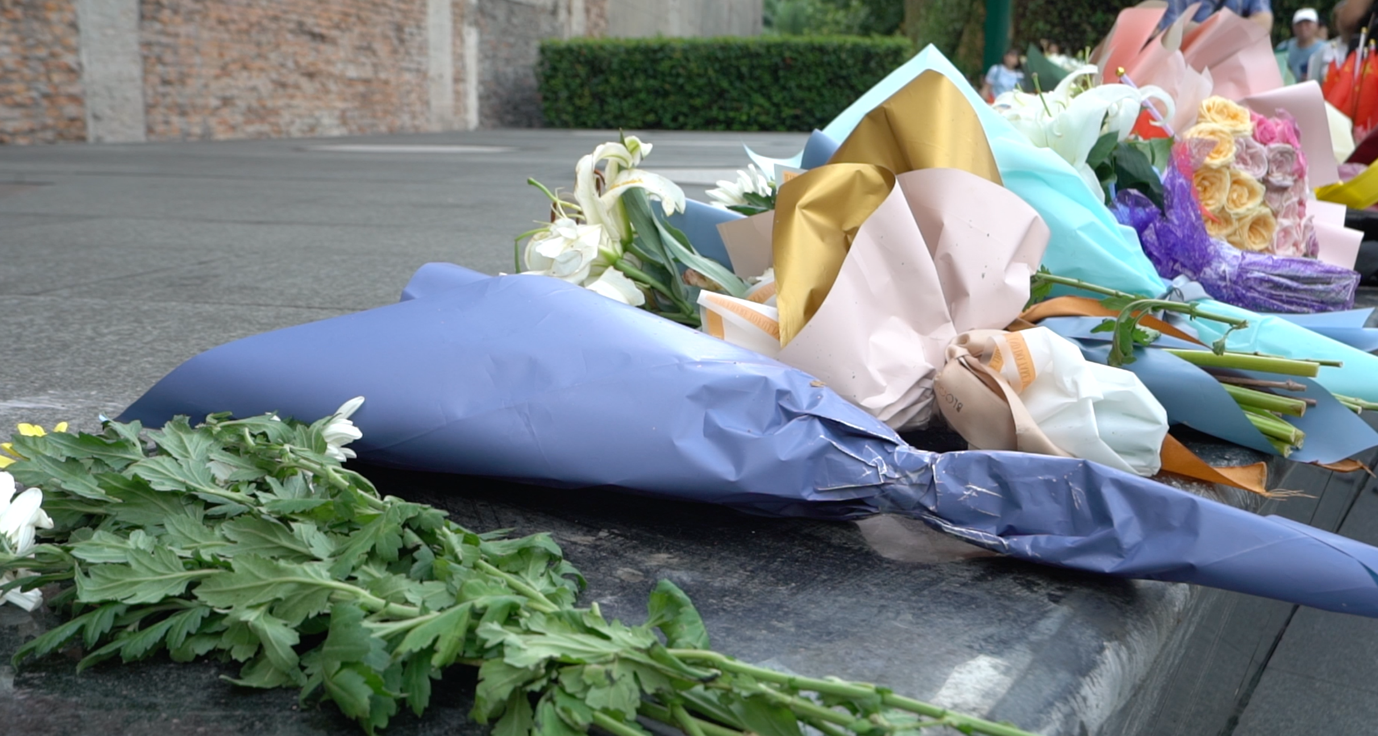 Flowers lain at the Sihang Warehouse Memorial Hall to pay tribute to the fallen soldiers during the Battle of Shanghai that took place in 1937. /CGTN

Flowers lain at the Sihang Warehouse Memorial Hall to pay tribute to the fallen soldiers during the Battle of Shanghai that took place in 1937. /CGTN

The Defense of Sihang Warehouse occurred in the winter of 1937, which marked the beginning of the end of the three-month-long Battle of Shanghai. Eight hundred soldiers, including some voluntary ones, were dispatched to hold out against multiple waves of Japanese forces and served to cover Chinese forces retreating westward. The defense of the warehouse played a key role in lifting the Chinese army's morale and demoralizing the Japanese invasion of Shanghai in the international arena.

However, a majority of visitors knew less about this chapter of Chinese history.

"I (didn't) know about the battle. This is why I say why films should have such functions – that we have to broadcast history to the normal people who don't know the history so well. This is what an actor should be – to let us know that history exists here," said Wang Ruoyi, a Shanghai resident.

"The Eight Hundred" focuses on 800 Chinese soldiers and their attempts to defend Shanghai from advancing Japanese forces in 1937. The war film raked in nearly 180 million US dollars in the first week after its release, a record after some cinemas were reopened in China since the end of July.

The film, reportedly produced with a budget of over 80 million U.S. dollars, was delayed to be aired for nearly a year. Rarely, the film is focused on the Chinese Nationalist troops' face-off with the Japanese forces, and footage of a Nationalist flag is also shown in the film. 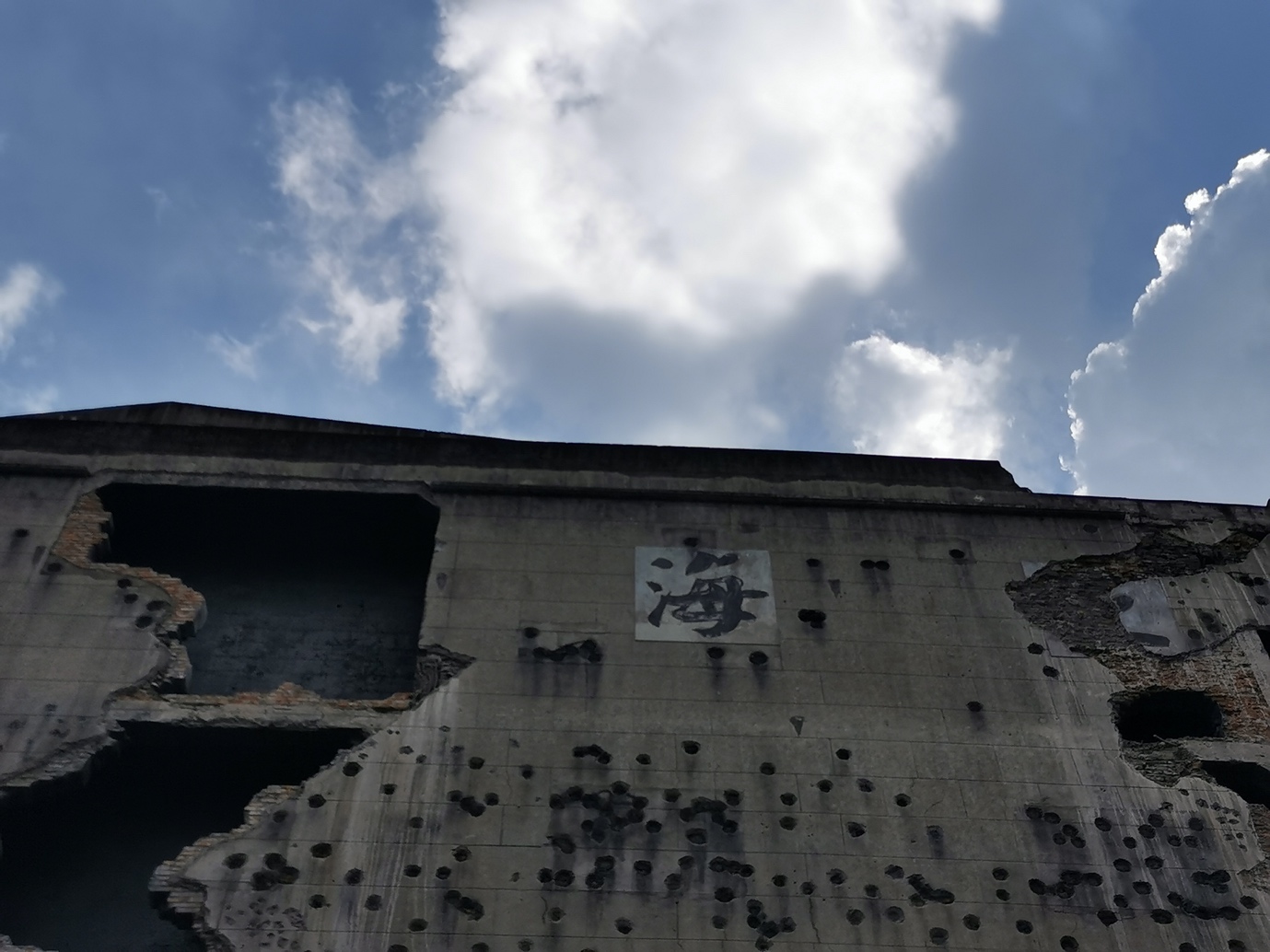 Mixed reviews have been expressed online despite its popularity these few days. Sources tell CGTN that Xie Jimin, the son of Xie Jinyuan – who was the head of the 800 soldiers in the battle – was not content with how the film portrayed history, including the role of his father.

Films and TV series revolving around the Chinese People's War of Resistance Against Japanese Aggression have long enjoyed popularity in China, and this chapter of history has been a lingering grievance among the Chinese due to Japan's atrocities in China back in the 1930s and 1940s. Japanese leaders' visits to Yasukuni Shrine, which houses the fallen Japanese soldiers and Class-A war criminals, have always roused protests from the Chinese and Koreans – both suffered from Japan's invasions in history.