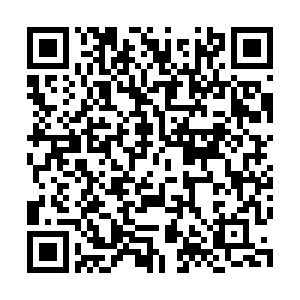 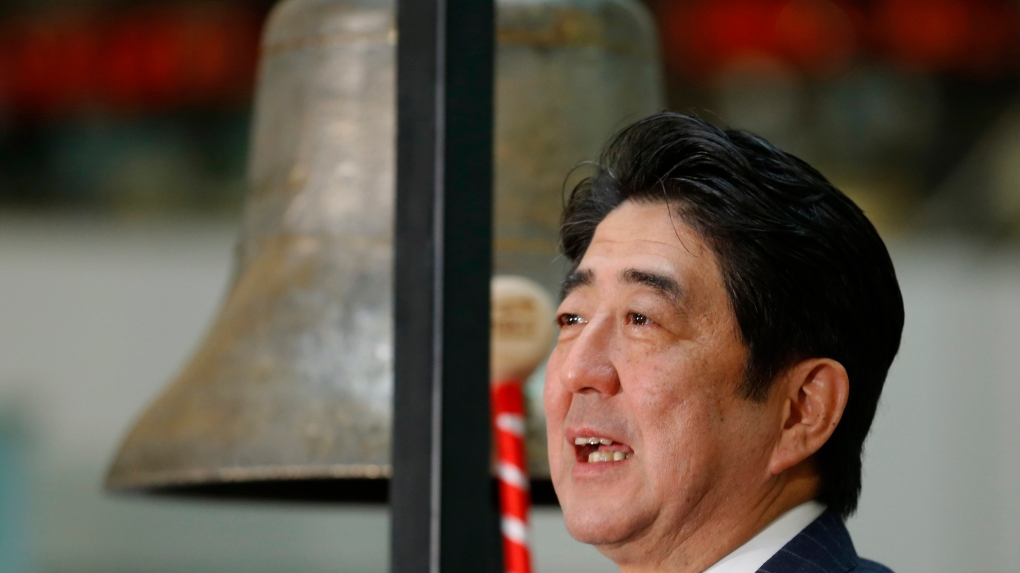 Japanese Prime Minister Shinzo Abe's surprise resignation has shaken Japan and the world. Abe has established himself as Japan's longest-serving and longest continuous prime minister, but his resignation puts into question his legacy, which has been marked by economic reform and a foreign policy that has restored Japan's statehood, while generating some enmity among its regional neighbors.

Abe's legacy has been mixed. He helped Japan walk away from economic stagnation, inked economic partnership agreements with EU and 10 countries, nearly regained a normal statehood, whose process has been accompanied by neighboring countries' protest and opposition.

Shinzo Abe came to power in 2012 when Japan was at a turbulent juncture: Japan's economy was in bad shape; Fukushima struggled to cope with a nuclear disaster because of the devastating earthquake; Japan was at odds with major neighbors over historical and territorial issues. To many Japanese people's dismay, their central government, which was troubled with high turnover of prime ministers, had been too weak to cope with internal and external challenges.

Facing of the above-mentioned challenges, Abe swiftly adopted "Abenomics", which was characterized by massive monetary stimulus, increased government spending and structured reform. Japan's staggering economy had achieved a moderate yearly growth in succession, which in turn paved the way for Abe's reelection.

Even though U.S. President Donald Trump decided to withdraw from the agreement, Abe managed to turn it into the Comprehensive and Progressive Agreement for Trans-Pacific Partners (CPTPP). Coupled with the 2018 Economic Partnership Agreement (EPA) signed with EU, Abe secured a set of nations to keep Japan's international trade and investment growth sustainable. 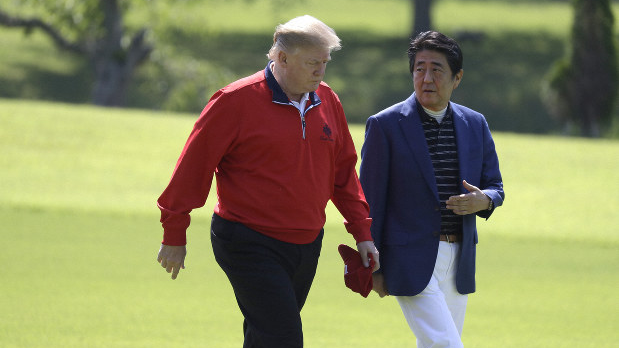 U.S. President Donald Trump walks with Japanese Prime Minister Shinzo Abe before playing a round of golf at Mobara Country Club in Chiba, Japan, May 26, 2019. /AP

U.S. President Donald Trump walks with Japanese Prime Minister Shinzo Abe before playing a round of golf at Mobara Country Club in Chiba, Japan, May 26, 2019. /AP

Abe's effort to restore Japan's statehood generated disputes with neighboring countries. The effort, imbued with strong nationalism, was two-folded. First, Abe denied the notorious history of imperialist Japan's aggression and refused to apologize to the countries that fell victim.

As a defiant gesture, he brushed aside international opposition and paid a visit to the Yasukuni Shrine in 2013. Even though he has not visited the shrine in person since then, he continued to present his offering on the day of national memorial ceremony for the war dead, thus gradually but effectively dismantling former Prime Minister Tomiichi Murayama's legacy on this historical issue.

More importantly, Abe and his associates did not hide their intention to revise Japan's "pacifist constitution" to finalize their effort to make Japan a normal country.

Abe's departure leaves him with many things unaccomplished.

He will not announce the opening ceremony of the Tokyo Summer Olympics that he should have done this year without the COVID-19 pandemic.

On China, Abe's tenure as prime minister was full of drama. In his first short-lived tenure, Abe made an ice-breaking visit to Beijing in 2006 in order to mend bilateral relations. His visit triggered a flurry of top leaders' visits from both China and Japan, setting in motion the rapprochement between Beijing and Tokyo.

Unfortunately, former Prime Minister Yoshihiko Noda government's nationalization of Diaoyu Islands disrupted the trend. Abe's return to the office of prime minister in 2012 did not bring good news to Sino-Japanese relations, although he did not try to narrow the differences between the two countries, he enlarged their rupture on a variety of issues.

In additional to his effort to embellish Japan's history in the World War II, Abe presented himself as a world leader who dared to criticize China's rise; he sided with the U.S. government and refused to join China's Belt and Road Initiative (BRI); he also joined others in challenging China's claims over the South China Sea.

Under Abe's ominous clouds, Sino-Japanese relations went down to the lowest point since two countries normalized their relations in 1972, top leaders' exchange of visits from the two countries came to a halt, and they barely met on international occasions.

Abe made his first formal state visit to China in 2018, seven years after assuming government leadership. He adopted a confrontational approach in dealing with China in his second tenure, and had the courage to make a U-turn on his policy toward China by paying a state visit when he realized that the relations could not endure more damage.

Abe came to power at a tough time, and he leaves the government when COVID-19 pandemic still haunts his country and made a severe blow to the economy. Even though he tried to normalize Japanese relations with China, his effort was half-baked.

Even though Abe's successor will largely stick to Abe's line in the near future, he or she will fight a uphill battle to put Sino-Japanese relations back onto the right track.