Ryo Takeuchi: I want to make a documentary about China's poverty alleviation
By Ye Qing 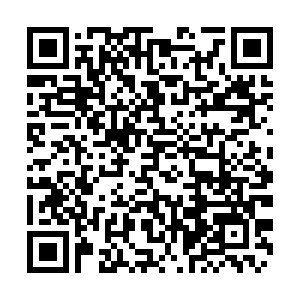 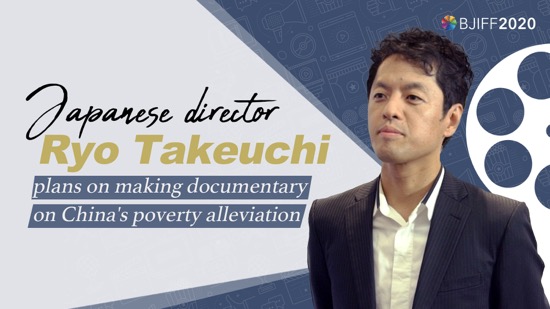 Ryo Takeuchi, a Japanese director who knows China well and made a series Chinese-related documentaries, attended the forum of the 10th Beijing International Film Festival (BJIFF) and shared in the interview his next documentary project, which is still closely related to China.

On the afternoon of August 28, the "International Academic Forum on Cinematic Arts: A New Journey of Chinese Films in the New Era" of the 10th BJIFF took place at the Beijing Yanqi Lake International Convention and Exhibition Center.

As one of the guests, Takeuchi shared his experience in creating documentaries. He is accustomed to choosing his methods of expression based on the content being created. The starting point of documentaries, science fiction films, and action films is real life, so he doesn't believe there should be restrictions on the theme.

Next project is about China's poverty alleviation

In an interview after the forum, Takeuchi revealed the content of the documentary he wants to make next -- poverty alleviation in China, filmed in the Daliang Mountains in the southern part of Sichuan Province.

And the director said he visited the Daliang Mountains a decade ago. "It was really poor at that time," he said, "So how are they going to get out of poverty in only 10 years? This particularly interests me."

"Long Time No See, Wuhan," a documentary about the life of people in Wuhan after the epidemic, also made him feel the passion of Chinese people and the motivation to pursue a better life again.

Takeuchi also shared some of his experiences during the filming of "Long Time No See, Wuhan".

He said that at the height of the epidemic, the world was watching the city of Wuhan. But when the epidemic was brought under control in Wuhan, people suddenly paid less attention to the city.

"Wuhan people want to say: 'We are safe, we are OK, we are doing well.' They wanted to say it, but nobody paid attention to it, so I felt what they wanted to say when I interviewed them," Takeuchi said.

Takeuchi mentioned that the shooting went very well, and everyone was very cooperative and spoke their minds very actively. "They also want to tell the people what Wuhan is really like now."

Because of the biased remarks and reports, he wanted to go to Wuhan to find out the truth and show the real life of Wuhan to everyone. This is the original intention of Takeuchi shooting "Long Time No See, Wuhan," and the video he finished also moved many Chinese audiences very much. The one-hour documentary, which is about to reach 500,000 views on Chinese video platform Bilibili, continues to be talked about on social media.

In the interview, Takeuchi has always said that "authenticity" is the goal he has been pursuing in his documentaries. Even if he doesn't have access to the best equipment, this cannot stop him from wanting to "record authenticity". Now, more and more documentary filmmakers and the new generation of film directors regard Takeuchi's work as "goals" and "objects of learning." And Takeuchi's advice to aspiring young people is simple: "Stick with it, if you really want to make something, just stick with it."