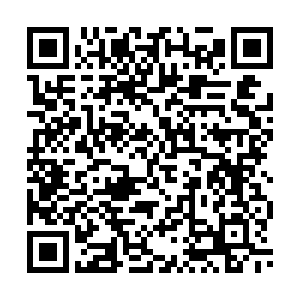 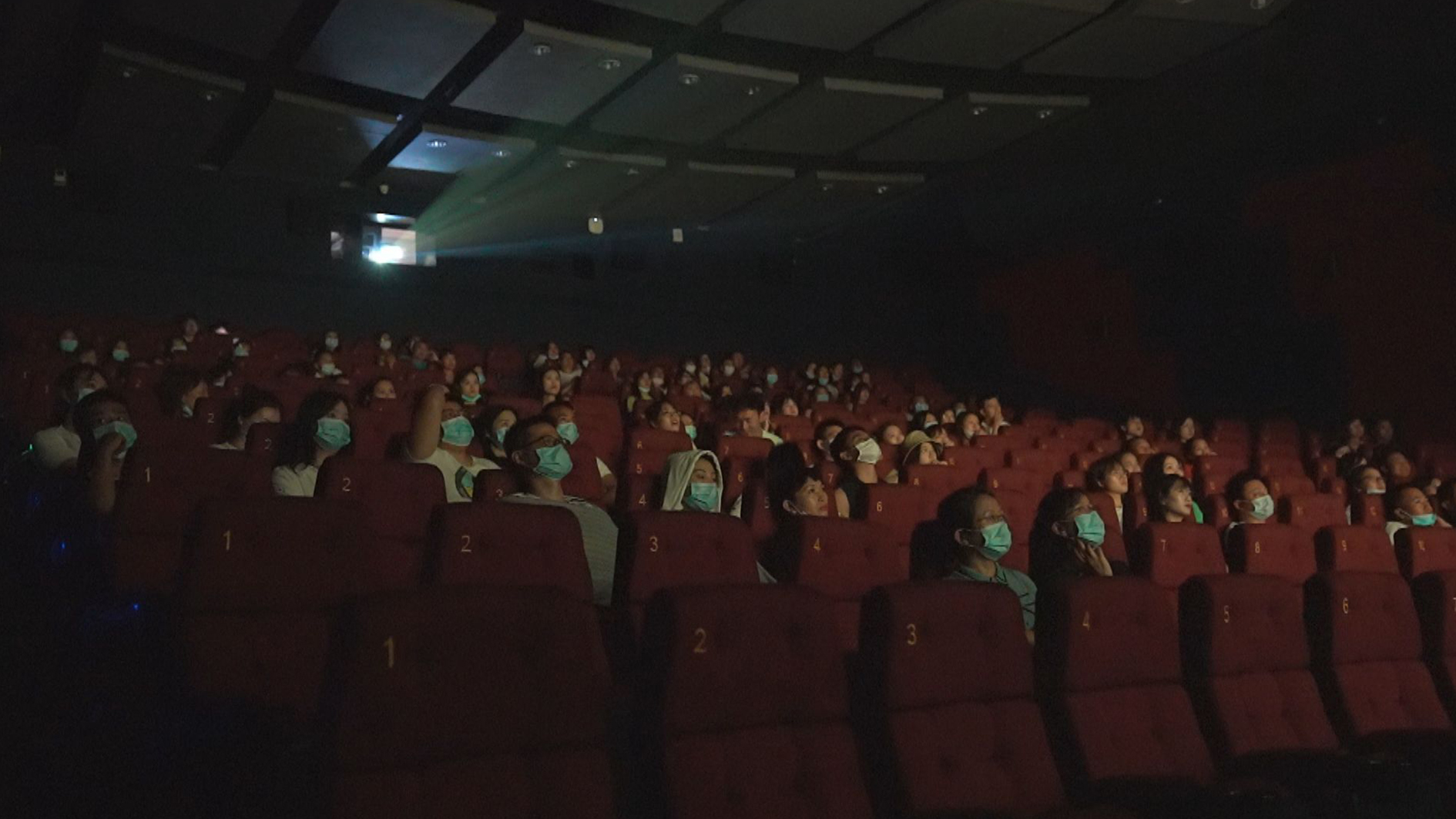 It's been more than a month since cinemas in China started to reopen after months-long closures due to the COVID-19 pandemic. New productions have since been driving a revival in the film market.

The war epic "The Eight Hundred" is the greatest hit on view. As of Monday, it has grossed more than two billion yuan (about 293 million U.S. dollars), leading box-office takings in a single market worldwide this year. 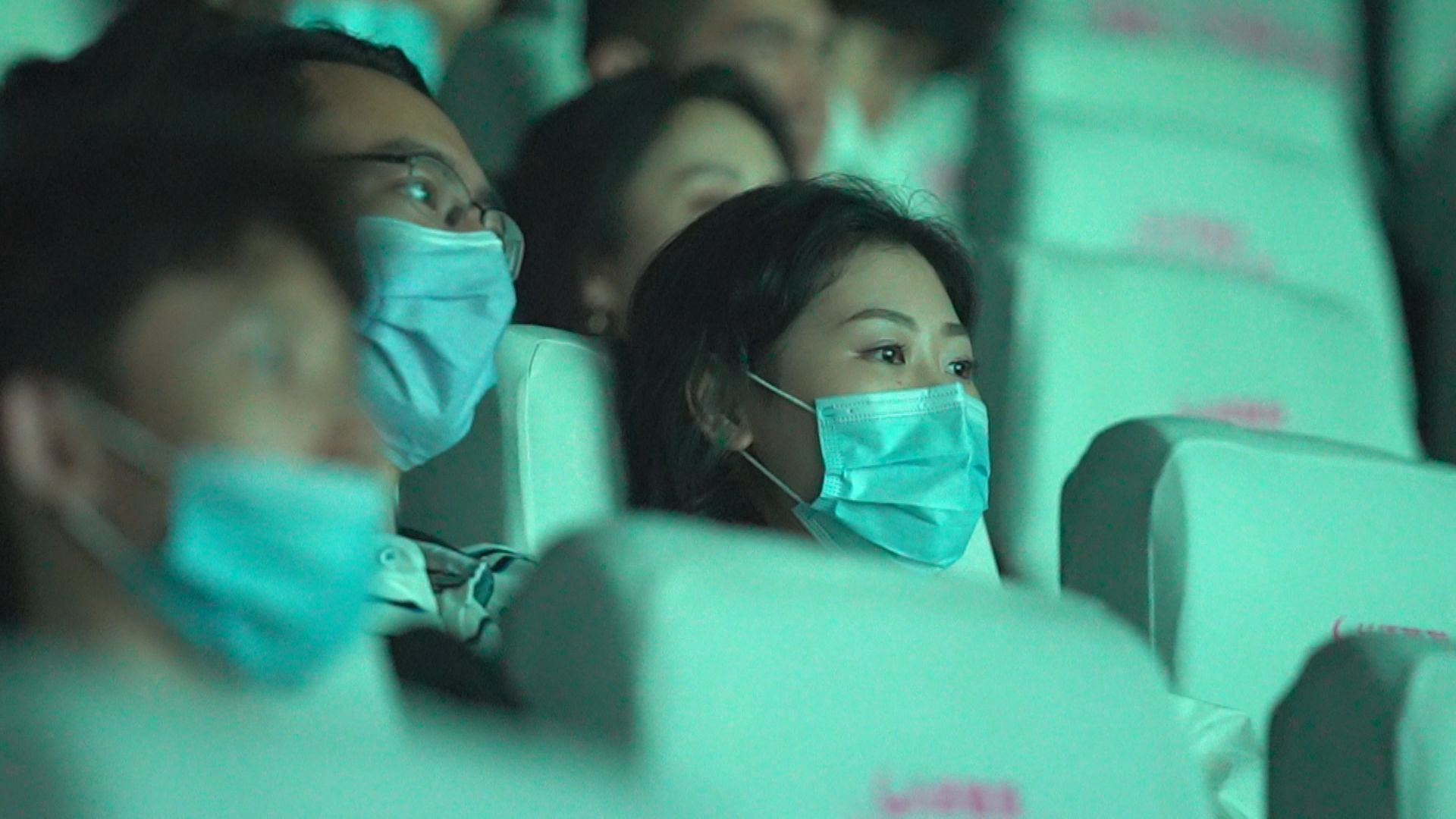 Moviegoers attend a screening of the war epic "The Eight Hundred" in a cinema in Chengdu City. Luo Caiwen/CGTN

Moviegoers attend a screening of the war epic "The Eight Hundred" in a cinema in Chengdu City. Luo Caiwen/CGTN

"This movie is just like a cardiotonic for both moviegoers and movie theatres," said Tu Limei, manager of Pacific Cineplex's Wangfujing store in Chengdu city, Sichuan Province, noting that they have seen a steady rising trend in the past month.

"There were only several hundred visitors each day when our cinema first reopened. Now, the number has grown to about 2,000. For the Qixi Festival, we received more than 5,000 people," said Tu. 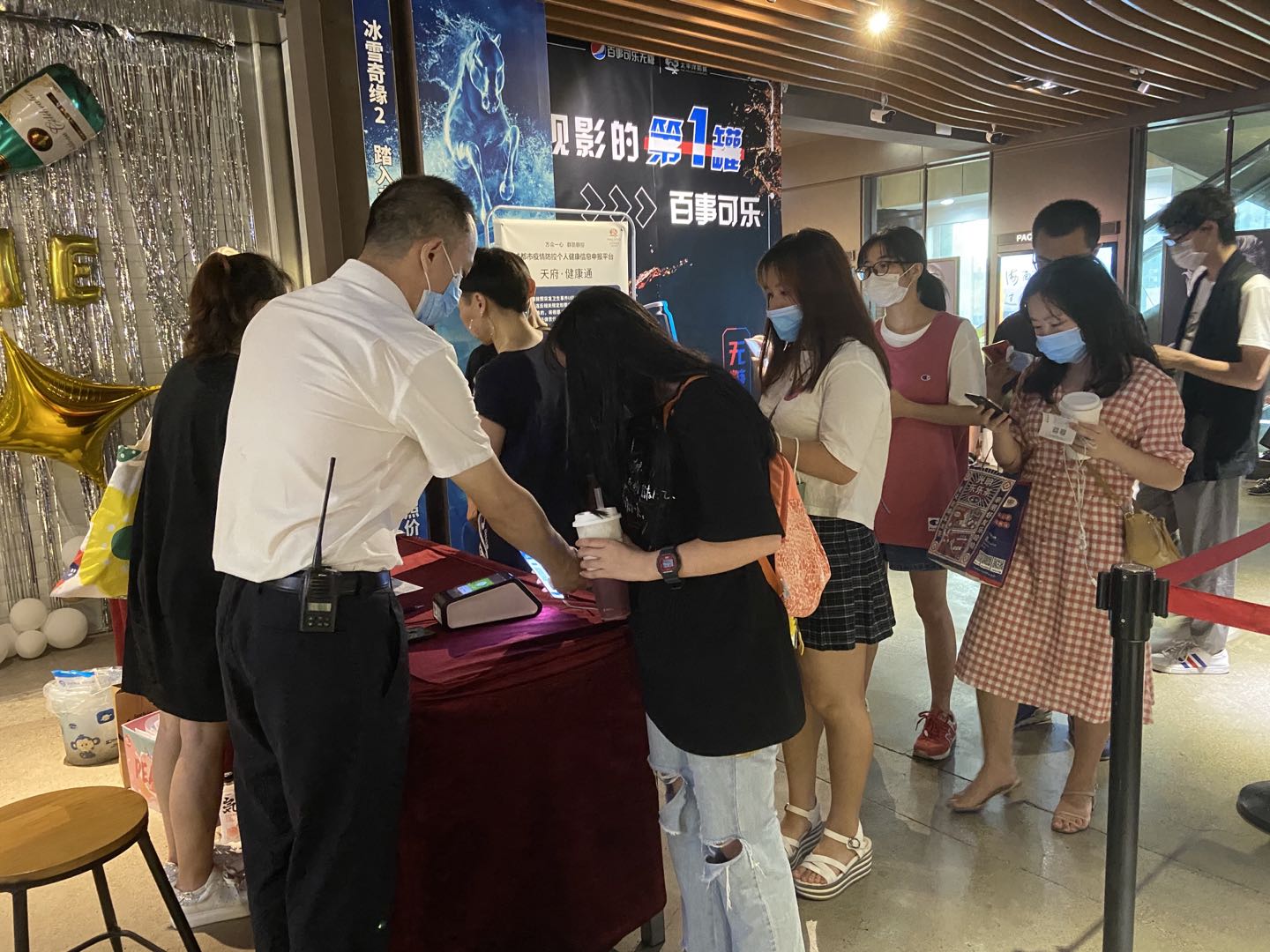 Moviegoers line up to enter a cinema in Chengdu City. Yang Jinghao/CGTN

Moviegoers line up to enter a cinema in Chengdu City. Yang Jinghao/CGTN

On Chinese Valentine's Day, which fell on August 25 this year, the box office nationwide exceeded 73 million U.S. dollars – close to what it took in last year, a signal that movie lovers have indeed returned for real.

"I missed cinemas so much," a female moviegoer who asked not to be named told CGTN. "I had few other recreational activities during the shutdown. Actually, the attendance rate was still very low when I last visited here, only about 10 people for that movie. But it's another picture today. I'm very glad to see that people are gradually returning to normal life."

Some other newly released movies, like Hollywood-produced "Little Women," have also been welcomed by many viewers. Meanwhile, some reruns such as "Inception" remain popular.

"It's quite different to enjoy a movie at the cinema ​rather than at home. I prefer the unique atmosphere here," one fan told CGTN. 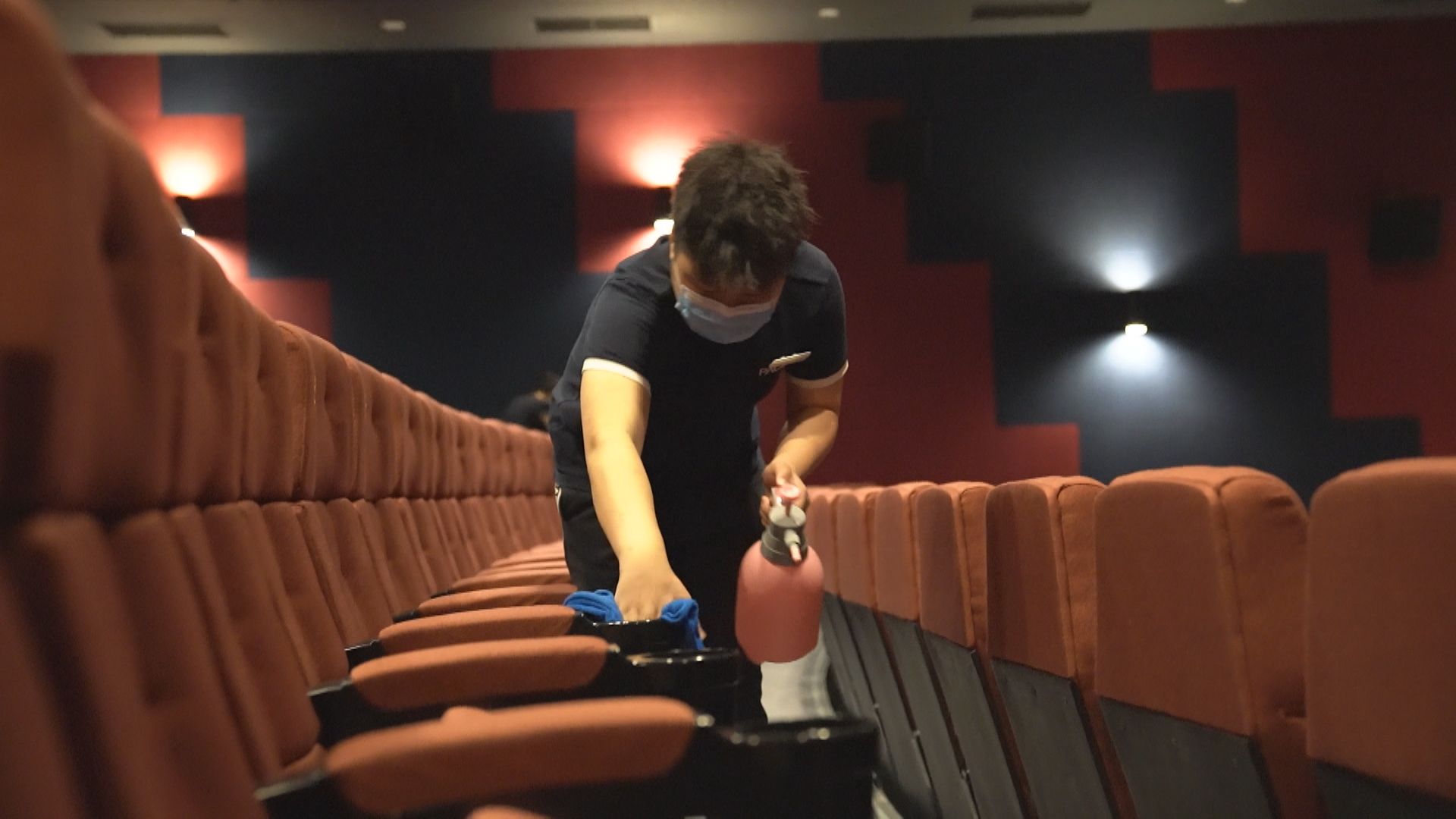 A worker disinfects the seats of a screening hall in a cinema in Chengdu City. Luo Caiwen/CGTN

A worker disinfects the seats of a screening hall in a cinema in Chengdu City. Luo Caiwen/CGTN

Epidemic prevention measures are in place in all cinemas across the country. Customers receive temperature checks and​ must wear a mask. Screening halls are also regularly disinfected.

Social distancing is still being encouraged. In Chengdu, attendance at each screening is capped at 50 percent of capacity, a 20-percent increase over early limits.

Most viewers CGTN talked to said they welcome the measures.

"I just feel disappointed that we're not allowed to eat popcorn," said a young man.

China's film industry is expected to get another boost during the Golden Week holiday in early October, when many​ new blockbusters are set for release, including one featuring China's women's volleyball team starring Gong Li that had previously been set for release last February, and the long-awaited animation "Legend of Deification."

"With these blockbusters on agenda, I'm confident that the film market will only become more heated," Tu said.

Undoubtedly, the pandemic has been a great blow to China's film market, which has achieved a total box office of more than 64 billion yuan (about 9.4 billion U.S. dollars). During the past months, local authorities have issued various preferential policies to support the industry.

"Of course, we hope related assistance can continue. This is the common voice of the industry," Tu said.