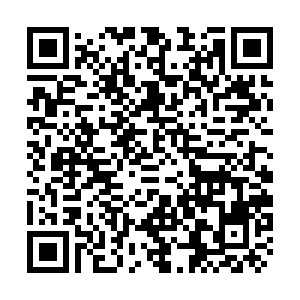 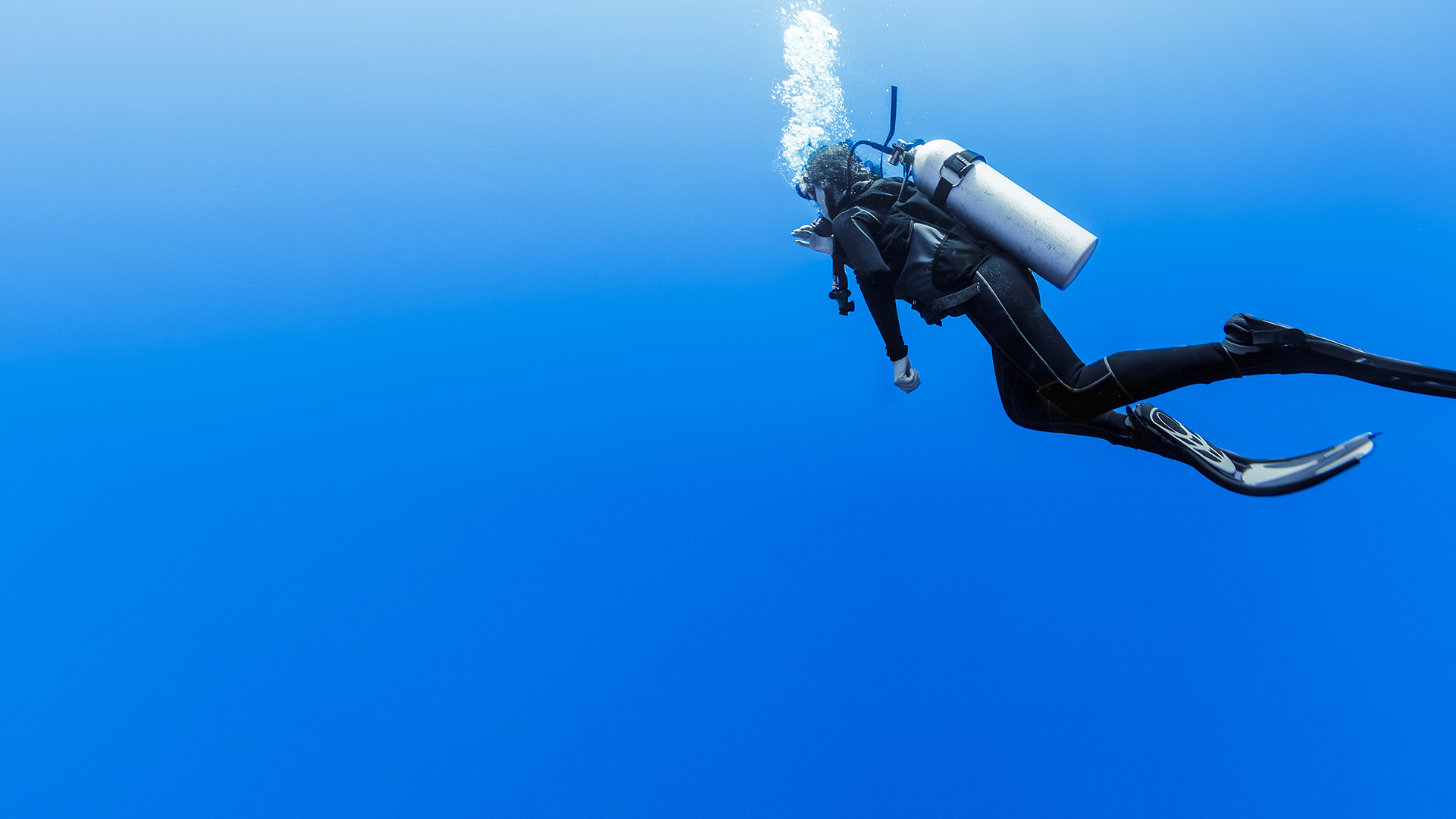 22-year-old Fang Jianze, who had been told by doctors that he would not be able to live to 18, recently got his scuba diving certification, becoming the first certified scuba diver in China with progressive muscular dystrophy (PMD). He had been a skydiver, making stunts from as high as 4,000 meters.

"When I jumped, I suddenly realized that nothing could stop me," Fang said, "what previously stopped me was my mind and breaking it requires courage."

Fang developed PMD when he was three years old. The genetic disease causes weakness or loss of muscle functions, affecting his moves. When he was five, he realized that he was different from other kids who could jump and run, while his legs and arms were too weak to walk.

"I had a badminton racket at home and I wanted to play with it, but I was too weak to lift it. It was so frustrating," Fang said.

When it was time for him to go to school, he was afraid of being viewed differently and afraid of being laughed at as he heavily relied on his family members who escorted him to school, helped him to the restroom and carried him back home. He said he was like a "pet" protected by his owners, when he recalled those moments.

Until today, he still remembers one scenario that happened in junior high school. The city was holding the Asian Para Games, and one of his teachers out of good intention called on other students in the class to pay special attention and give special care to those with disabilities. He knew the teacher was talking about him and at that moment, he was shocked and felt he was torn.

"I always think I'm the same as others. The only difference is I'm sick. My mom never said I was a disabled, and she never defined me like that," Fang said.

He and his family members never gave up hope, believing that the future will be better. His mother encouraged him to continue to higher education no matter how hard it is. And for Fang, college is a chance to change his life. 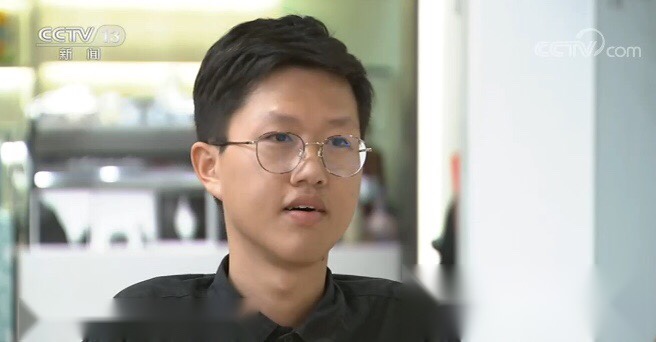 Fang Jianze talks during an interview with CCTV. /CCTV

Fang Jianze talks during an interview with CCTV. /CCTV

"Staying alive is not life. The life that I want is that I can go out totally by myself, and I can go any places in Guangzhou. I want to go to many places like my Cantonese ancestors who left their footsteps all over China and even all over the world. I admire their courage," Fang said.

The real change began the second year after he entered the college. One day, his best friend asked him: "Do you have any wishes for the year?" He spoke out the most desirable thing from the bottom of his heart: being independent in the college without help of his family members, just as normal as other students.

"I told him my struggles and concerns, but he didn't laugh at me. He said 'if that's your wish, you should do it right now; think how you can do it now'," Fang said.

Soon after the conversation, Fang, with the help of his friends, traveled the city with a rented electric wheelchair. Though there were obstacles on the road, it's not as horrible as he thought: No one stared at him, and people offered him help when he needed.

"A real strong man isn't scared of exposing his weaknesses. Only those who try to cover up weaknesses are cowards," Fang said.

From then on, he actively prepared for his independent life. He refitted the bathroom in his dormitory with the help of his uncle and bought washers and dryers as he couldn't reach the clothes hanger. He also listed all places where barrier-free facilities are lacking and also the cheapest solutions for the school's reference, which later reconstructed the places as he suggested.

The success prompted him to expand the move to the city, where over 20 barrier-free facilities have been made available for elderly, wheelchair users and families with toddlers. 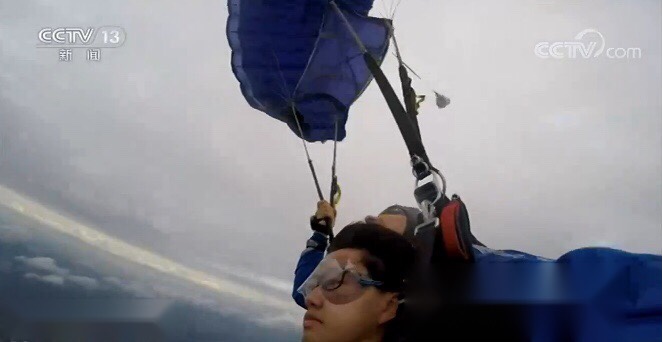 Fang Jianze skydives with the help of his coach. /CCTV

Fang Jianze skydives with the help of his coach. /CCTV

Extreme sports: the taste of freedom

Since he took his first step and tasted the smell of freedom, he couldn't stop anymore. Inspired by the movies, he began to first try skydiving. He contacted a club, which initially hesitated to train him but finally took him on after an on-site confirmation of his health condition. With the guide of the coach, he jumped from the 4,000-meter-high sky.

When he rocked through the clouds before the parachute opened, Fang felt the excitement he had never experienced. "I never knew one could be so free."

While skydiving isn't the end, he decided to take the Handicapped Scuba Diving Association test.

"I want to explore the ocean, to see the much more beautiful world," Fang said.

He rode a tricycle five kilometers a day to train the strength of his muscles and he rode over 680 kilometers before he began the scuba diving course in May this year. His back and neck are too stiff to keep balance in the water, and his arms and shanks are so weak that slows his moves. During the process of trial and error, he eventually developed a set of specialized swimming skills for himself.

After three months of practice, he dived in the ocean for the first time in August. 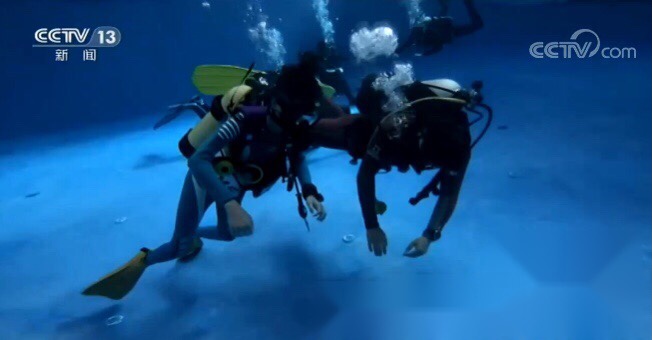 "I dived four meters on the first day and saw a lot of small fishes, shrimps and sea cucumbers. It's wonderful," Fang said.

On the second day, he dived eight meters deeper into the ocean and finished the most difficult part of scuba diving course: mask clearing underwater. Since no mask seal is impenetrable underwater, clearing the mask is an essential skill to efficiently get the water out without surfacing. Unskilled divers usually panic and inhale water into their noses when they are underwater.

Fang got the HAS certificate on August 19, becoming the first scuba diver with PMD in China. And his next journey is to get a master's degree in psychology as he was told that 30 percent to 40 percent of people with PMD suffer varying degrees of depression, so he hopes his experience can be helpful to them.

(Editor: Yang Xuemin; the article is edited and translated based on CCTV's program Face to Face.)

(If you would like to contribute stories, feedback or your experience in China, please contact us via China@cgtn.com.)