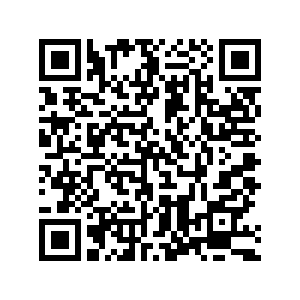 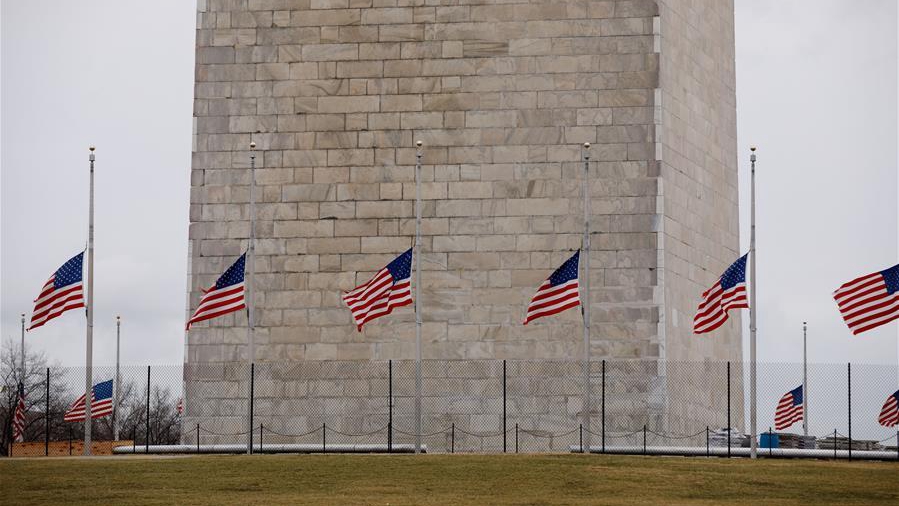 Editor's note: Lionel Vairon is the president of CEC Consulting company and senior researcher at the Charhar Institute of international relations and public diplomacy in Beijing. He is a former journalist and former diplomat successively posted in Southeast Asia and the Middle East by the French government. He is also an author of many books and papers about China's geopolitics, international relations and Arabo-Islamic world. The article reflects the author's opinions, and not necessarily the views of CGTN.

Since the 1980s, the United States and their British satellite have consistently been using the concept of "Rogue State" to stigmatize those accused by them of not respecting the established norms in the international order, and more specifically those who contested U.S. hegemony.

The definition was based on the idea that the targeted state posed a major threat to collective security and challenged the U.S. supremacy. In this regard, under Donald Trump, the U.S. has become the leading rogue state, the main threat to international stability.

Indeed, Washington's complete disregard for international law, pacific cohabitation and diplomacy, which were until now the foundation of collective security, has been exposed, not only with the confrontation with China, especially the relentlessness in questioning the status quo on Taiwan, but also the bullying and daily threats of sanctions against various actors of international society, including some of the U.S.' oldest allies.

The recent ambiguous positions regarding the acknowledgement of the one-China principle, the foundation of the mutual diplomatic recognition between Washington, as well as the increasing sales of weaponry to Taiwan in violation of the August 17, 1982 Joint Communique were early steps in an escalation which has reached new heights with the visit in Taiwan this August of U.S. Health Secretary Alex M. Azar II, the first of such a level since 1979.

These actions are naturally meant to raise tensions between Taiwan and the Chinese mainland, encouraging the Taiwan authorities to adopt increasingly aggressive positions towards the mainland. The approach remains unchanged in the mainland, as it has always been stated that the only red line which could justify military intervention would be a declaration of independence from Taiwan. However, the established status quo is now being threatened by the U.S. administration's insistence on destabilizing China.

On another note, the United States has committed acts of piracy when forcibly seizing, in international waters, the oil of four tankers traveling to Venezuela from Iran early August. Without seizing the vessels, they forced the owner of the latter to transship the load to other ships which then transported the oil to Texas. The basis of this action was U.S. law, which considers itself extraterritorial, but it is in fact plain maritime piracy.

Oil has clearly been one of the U.S. strategy's focuses, reaping benefits from conflicts stirred up by Washington. In October 2019, Donald Trump himself even admitted that U.S. troops only remained in Syria for its oil.

Regarding Iran, the U.S. administration has proven its disregard for law, requesting the use of "snapback" in order to re-establish the entirety of sanctions against Teheran which were lifted in the Joint Comprehensive Plan of Action, an international agreement officially denounced by Donald Trump on May 8, 2018. 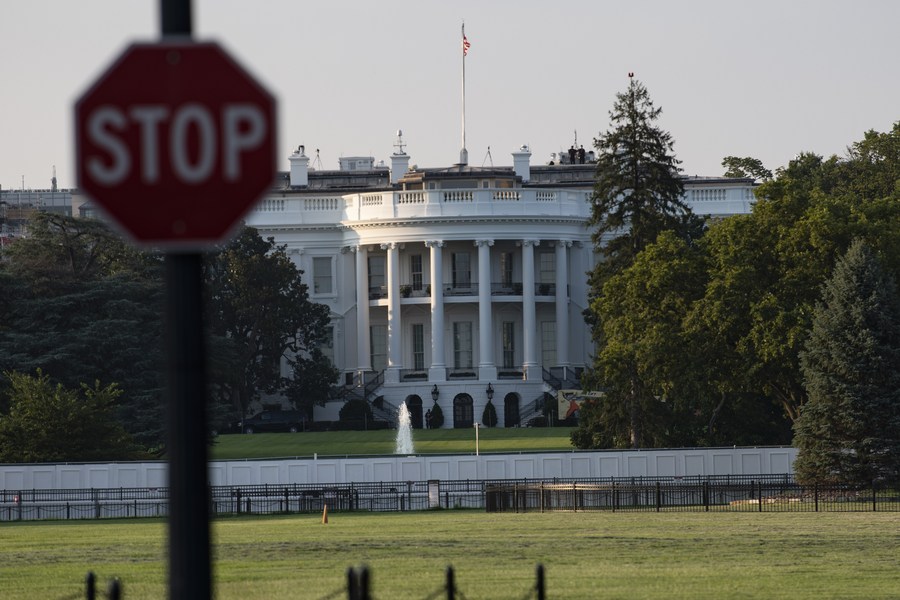 The White House in Washington, D.C., the United States, August 10, 2020. U.S. President Donald Trump on August 10 was temporarily escorted by the Secret Service away from an ongoing coronavirus briefing after a shooting was reported outside the White House. /Xinhua

The White House in Washington, D.C., the United States, August 10, 2020. U.S. President Donald Trump on August 10 was temporarily escorted by the Secret Service away from an ongoing coronavirus briefing after a shooting was reported outside the White House. /Xinhua

For the first time, after having submitted the matter to the UN Security Council, the U.S. found itself completely isolated, a situation which has led State Secretary Mike Pompeo to accuse Europe, in one of his numerous absurd declarations, of choosing to "side with the Ayatollahs."

This hegemonic policy, in violation of international law and ignoring international practices, to the extent of insulting historic allies, is leading the United States to greater isolation.

On the economic front, this hooligan policy has become especially obvious under Donald Trump's reign, the Huawei and TikTok issues being compelling examples.

Regarding Huawei, the United States used the same hostage-taking method they once used against France with Alstom, when a high-ranking employee was arrested and detained for more than two years in order to obtain the cession of the Alstom Power and Grid businesses to General Electric.

The U.S. administration is adopting a similar approach in trying to obtain the extradition from Canada of Meng Wanzhou. Donald Trump himself declared that he was willing to intervene in her case in order to have leverage for commercial negotiations with China, barely hiding the intention to use her as a hostage.

As for the 5G issue, under the pretense of national security, the United States have consistently been exerting pressure on numerous countries to force them to renounce to Huawei's technology, a successful strategy to a certain extent. The 5G market is immense and Washington has clearly gone to commercial war with China by trying to discredit Huawei.

The U.S. President has gone a step further recently when he decided to force the sale of Tiktok, an app belonging to the Chinese company ByteDance, to an American company by threatening to use his power to ban the application on U.S. territory, a clear commercial piracy policy.

However, these actions which are meant to try to maintain the sole hegemony of the United States, regardless of the costs, can only have the opposite effect in the long term. Washington's partners, especially its historic allies, have indeed come to the realization that a U.S. President has enough power to force his diktat without any consideration for his partners' interests, the America First policy being a striking example.

Giving their trust to such a power, turned on itself and what it believes to be its national interest, does not seem like a viable approach. The easiness with which Donald Trump has denounced treaties and international agreements has significantly diminished the United States' credibility as a central partner in the management of international affairs.

The only instrument allowing this U.S. domination is the mighty power of the U.S. dollar and the control the United States has on the world financial system. Military power is significant, but a distant second to the hegemony of the dollar which has enabled Trump to have such a brutal behavior.

"Dedollarization" of the world economy seems like the only way to allow the international community to put an end to the United States' domination and to force it to renounce to these rogue state practices.