Will drone delivery be a new normal in the post-pandemic era?
By Pan Zhaoyi 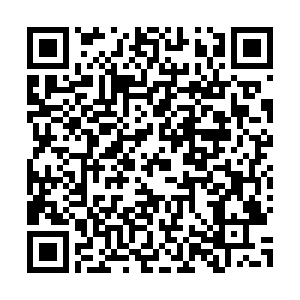 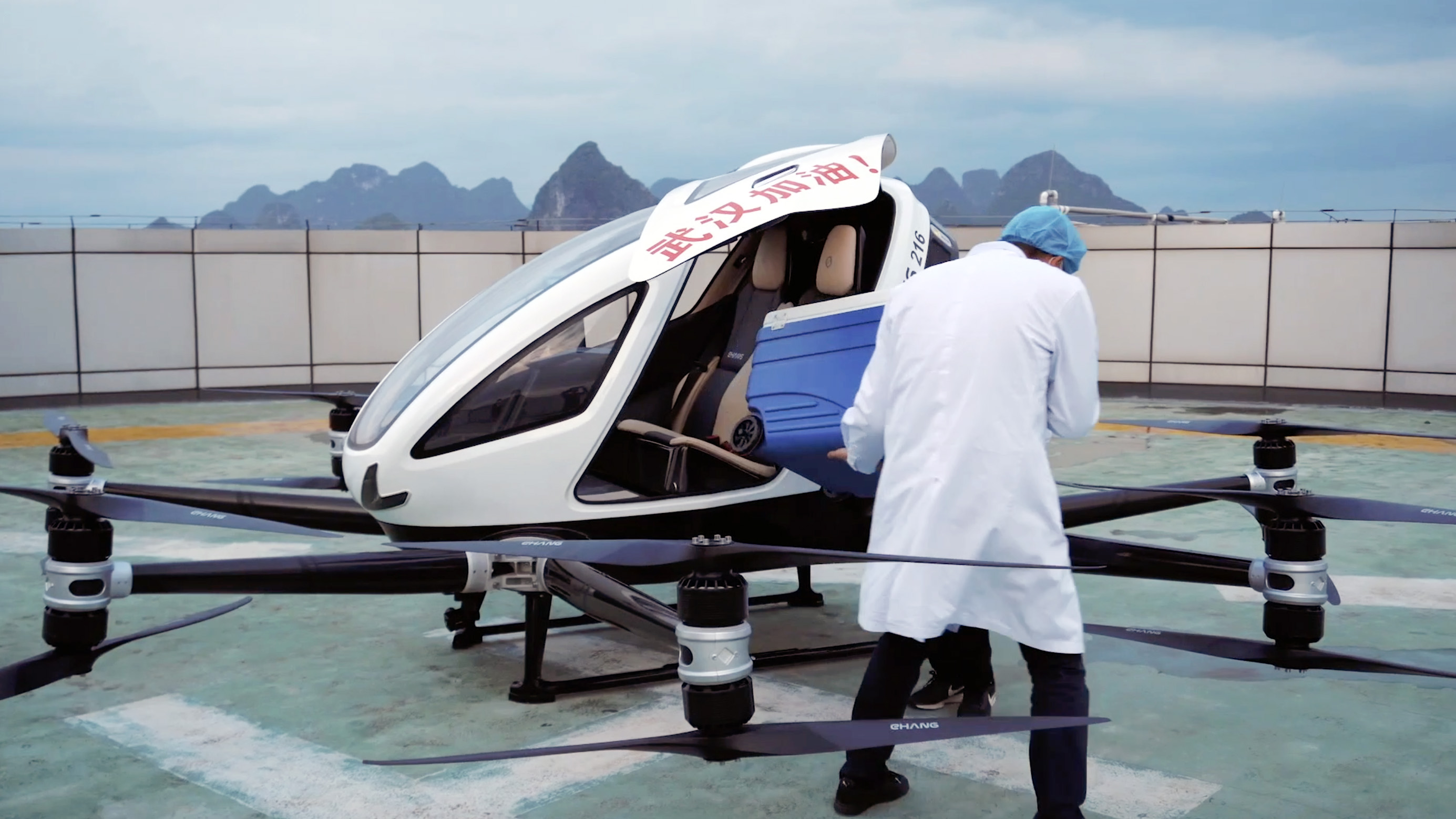 Amazon on Monday said they have received federal approval for their drone delivery service, which allows them to begin testing commercial deliveries through its drone fleet.

The certificate issued by the U.S. Federal Aviation Administration (FAA) means a lot to the e-commerce giant who has been working on the drone project for years, according to the company.

In 2013, Jeff Bezo, CEO of the company and one of the richest men in the world has made a goal to shorten the delivery time to 30 minutes.

Although the promise still hasn't become a reality, obtaining certificate was an "important step," the company said, adding that it would continue to test the technology.

Amazon is not the first player who has been given greenlight from the FAA to conduct airspace delivery business. Google's parent company Alphabet and United Parcel Service got their admission tickets last year.

But according to a New York Time report, neither company has implemented services widely as yet.

In China, the drone delivery market has also been in full swing. Tech giants like Alibaba, JD, a few express companies and some startups came out in succession to carry out delivery trials.

Read more: Drone is ready to deliver your takeout directly to you

"The domestic drone logistics and distribution market has just started," said Yang Jincai, an honorary member of The European Academy of Sciences and president of Shenzhen unmanned aerial vehicle (UAE) Industry Association, adding "Less than 10 companies have the credential to offer services to customers."

One of the limitations for drone delivery is the battery issue. "Every pound increase of the payload on the drone will double reduce the battery time," Bai Zilong, general manager of a Tianjin-based UAV manufacturer explained.

"Besides, commercial drone development is restrained by the air traffic management due to safety concerns," Bai added. Although CAA has loosened their policies in support of the market, the operation details are still very complicated to them.

"Air routes are now subject to strict daily approval, that is, even if we have been given authorized routes, we still need to obtain operation permission one day in advance, and a double-confirm on the operation day," he pointed out.

Wang Shoujie, secretary-general of China UAV Industry Innovation Alliance, pointed out that there is no effective and mature methods for UAV management. "It needs joint participation from government, related industries and companies to formulate rules and policies."

Riding the wave of 5G and artificial intelligence, the autonomous vehicle has seen expanded applications not only in delivery, but also in emergency rescue, agriculture, fisheries and forestry industry.

In the pandemic era when no contact services are highly preferred and emergency rescue are short of human resource, the demand for drone delivery service has been driven up.

Globally, the previous human-exclusive labors like spraying disinfectants and transporting medical supplies were handed over to unmanned machines. Those things can now be delivered instantly when a patient is actually having an emergency. 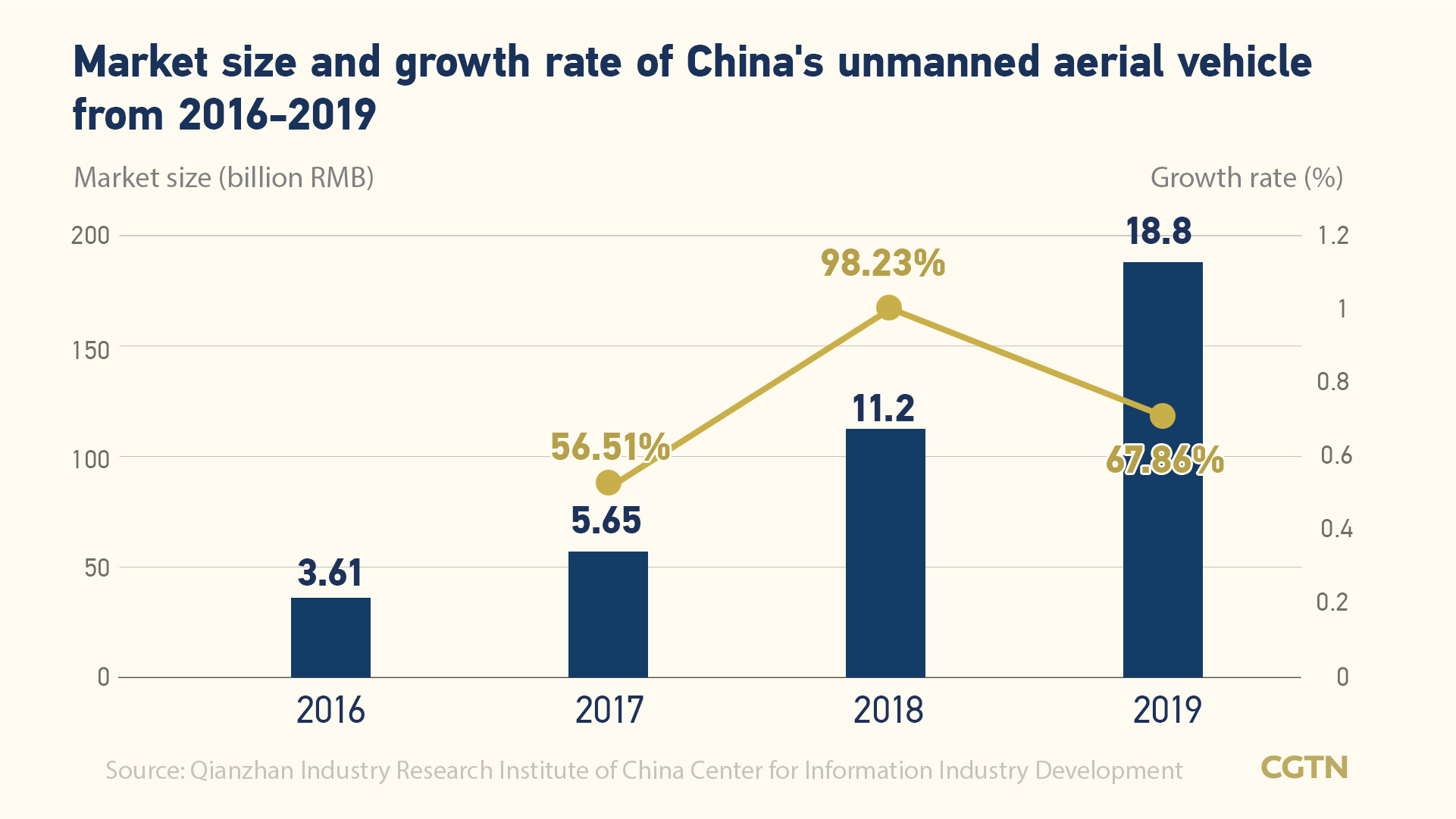 According to a report issued by the Ministry of Industry and Information Technology (MIIT) in 2017, supporting policies from both technology and aviation industry are able to help build China a multi-billion-dollar drone market by 2020.

Data shows UAE market is growing year by year, with an annual compound growth rate of 73.33 percent and a market size of around 18.8 billion yuan in 2019.