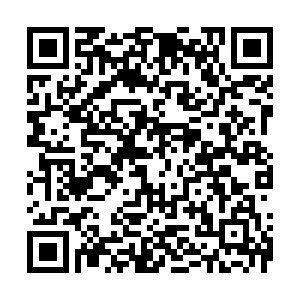 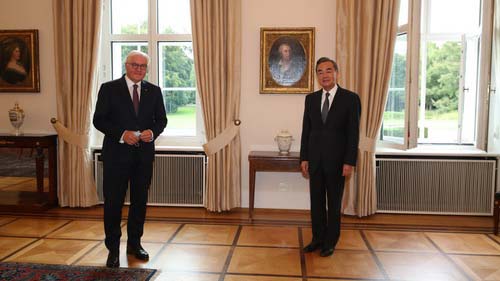 China and Germany agreed to jointly uphold multilateralism while reiterating their opposition to so-called "decoupling", which would lead the world to separation and confrontation.

The remarks were made during a meeting between Chinese State Councilor and Foreign Minister Wang Yi and German President Frank-Walter Steinmeier on Tuesday.

In the meeting, Steinmeier stressed that Germany always attaches great importance to its relations with China, acknowledging that it is especially necessary to maintain closer and lasting ties with China under the current tense international situation.

Germany reaffirms its one-China principle, and its position of multilateralism in international affairs, said the president, adding that Germany disagrees with the so-called "decoupling" and doesn't want the world to be divided against each other.

Wang expressed China's willingness to work with Germany and the European Union to enhance international cooperation on the coronavirus, including the research and development of vaccines, given the prevention and control of COVID-19 has become a regular practice.

Wang also called for efforts to uphold multilateralism and safeguard international fairness and justice in the international community.

He also met with German Foreign Minister Heiko Maas and the two ministers held a joint press conference on Tuesday. Germany is the fifth and final stop of Wang's week-long trip to Europe.