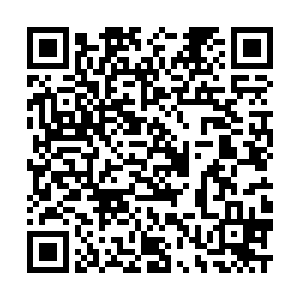 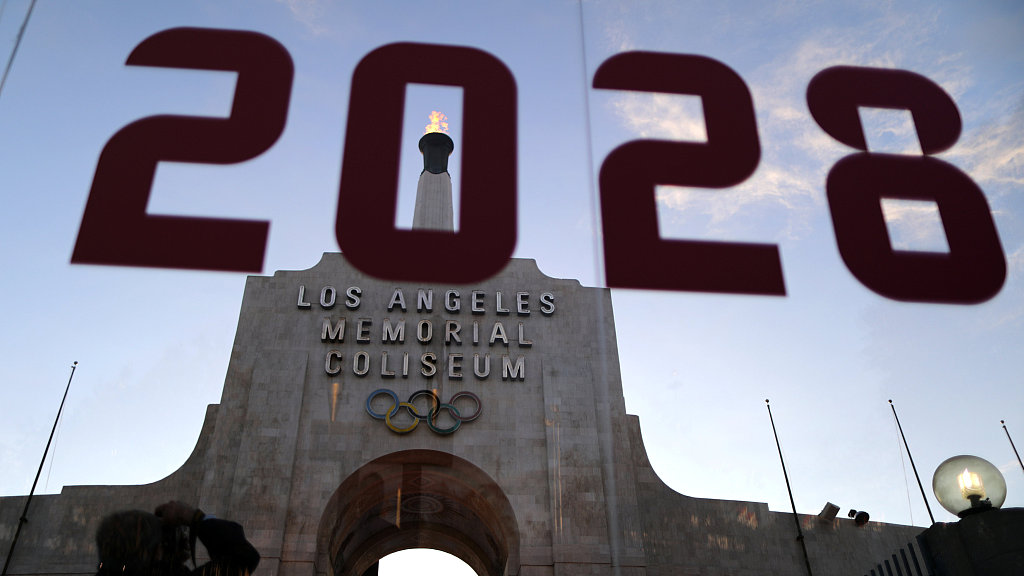 A sign is seen at the Los Angeles Coliseum to celebrate Los Angeles being awarded the 2028 Olympic Games, in Los Angeles, California, U.S., September 13, 2017. /VCG

A sign is seen at the Los Angeles Coliseum to celebrate Los Angeles being awarded the 2028 Olympic Games, in Los Angeles, California, U.S., September 13, 2017. /VCG

Organizers of the 2028 Los Angeles Olympics and Paralympics have unveiled an emblem for the events blending portions of a traditional logo with an interchanging element to emphasize the city's diversity on Tuesday.

The "LA28" emblem has a static L over the numbers 2 and 8 above the Olympic rings, allowing for an interchanging A with multiple styles as a symbol of the diverse stories to be found in Los Angeles, which also has hosted the 1932 and 1984 Summer Olympics.

"LA defies a singular identity. There is not one way to represent Los Angeles," LA28 Chairperson Casey Wasserman said in a statement. "Every neighborhood, every block, every person has their own unique identity and story of LA."

"The LA28 Games will showcase our community's collective creativity and celebrate the diversity that makes us strong." 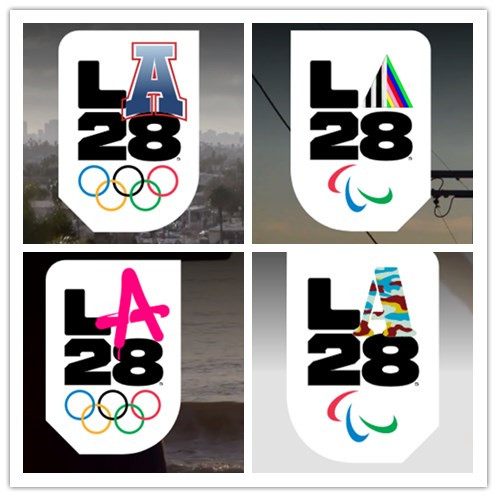 The emblem was designed for the digital age, allowing for it to evolve over time with multiple "A" artistic designs, including 20 designed specially for the launch on the organization's website.

Wasserman said the LA Games will be a platform for diversity and dreams for the future beyond the world of sport.

"There has never been a more important time to give rise to athlete voices," he said. "Sports are a special part of our global culture, connecting people and fans across communities and around the world."