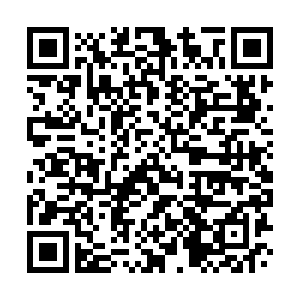 Philippine President Rodrigo Duterte's ban on exercises with the United States in the South China Sea is without doubt a blow to Washington and its relationship with its hitherto ally.

In July, the U.S., Australia and Japan conducted joint drills in the region as the U.S. military continued to step up its excursions into the South China Sea with warplanes and warships. Washington sent military aircraft to the region more than 2,000 times in the first half of 2020.

The U.S. is also seeking to drive a wedge between China and Association of Southeast Asian Nations (ASEAN) member states, and disrupt the consultation process of the Code of Conduct in the South China Sea.

What's behind U.S. attempts to make waves in the South China Sea?

U.S. Secretary of State Mike Pompeo renewed his criticism against China on the South China Sea issue on July 31, accusing Beijing of "coercion" without offering evidence.

While trying to portray China as a coercer in the South China Sea, the United States is in fact becoming a global bully itself.

By sowing seeds of distrust, Washington is seeking to stir up conflicts among Southeast Asian neighbors and disrupt the growing cooperation between China and the ASEAN countries.

"The U.S. is seeking to drive a wedge between China and ASEAN countries, and disrupt the consultation process of the Code of Conduct," Chinese State Councilor and Foreign Minister Wang Yi stressed in an exclusive interview with Xinhua, calling on all regional countries to "be vigilant, and prevent this region's hard-won peace and development from being sabotaged by the U.S."

Pompeo also claimed that America's policy of engagement with China is a mistake and has failed, and called for the formation of an anti-China alliance.

As the country with highest COVID-19 death toll in the world by far, the U.S. move seems like an attempt to distract from the Trump administration's mishandling of the coronavirus outbreak.

"The U.S. hyped up the South China Sea arbitration for its own political agenda," Chinese Foreign Ministry spokesperson Zhao Lijian told a news briefing in July.

Meanwhile, the U.S. seems to be sleepwalking into the fact that China's territorial sovereignty and maritime rights and interests in the South China Sea were established throughout a long course of history.

"This was under no doubt from any country for a long time," the spokesperson said, adding that China's territorial sovereignty and maritime rights and interests in the South China Sea have sufficient historical and legal basis, which is consistent with relevant international laws and practices.

On top of its meddling in the South China Sea, the United States, citing groundless claims, has interfered in China's internal affairs related to Xinjiang, Tibet, Hong Kong and Taiwan over recent years.

On July 9, the United States imposed sanctions on four Chinese officials in Xinjiang, saying that they were "ineligible for entry into the United States." The U.S. State Department approved the recertification of Patriot Advanced Capability-3 (PAC-3) missiles for Taiwan the same day, at an estimated cost of 620 million U.S. dollars.

On July 15, Trump signed the so-called "Hong Kong Autonomy Act" into law, and issued an executive order to "begin the process of eliminating policy exemptions under United States laws that give Hong Kong differential treatment in relation to China."