Election 2020: Does 'It's the economy, stupid' still ring true?
By Yu Jing 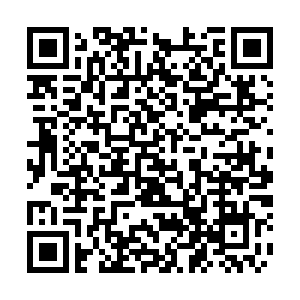 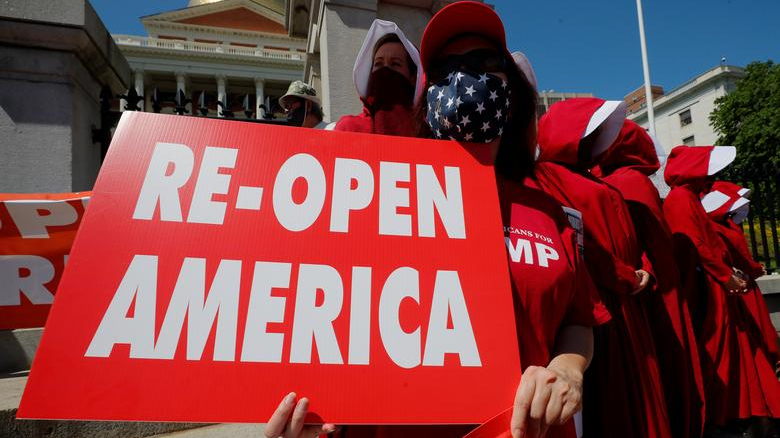 A woman holds a sign at a demonstration in Boston, Massachusetts, May 30, 2020. /Reuters

A woman holds a sign at a demonstration in Boston, Massachusetts, May 30, 2020. /Reuters

"It's the economy, stupid" -  a popular catchphrase coined by Bill Clinton's campaign strategist during the 1992 presidential campaign captures the fixation that voters have with the economy, particularly during election years.

This election season, with the United States in the midst of a recession, economy still remains on top of the campaign agenda. According to Pew Research, nearly eight in 10 registered voters say the economy will be important to them in making their decisions about who to vote for in the 2020 U.S. presidential election.

But it is hard to have a "magic bullet" point on the impact of specific economic factors on the election outcomes because those factors are volatile and are time-sensitive. Research suggests that a series of economic factors are correlated to presidential election outcomes, including real personal income, stock market performance, changes in gasoline prices and house prices, as well as the unemployment rate. But the relationship between those factors and the election results are tenuous and complex. 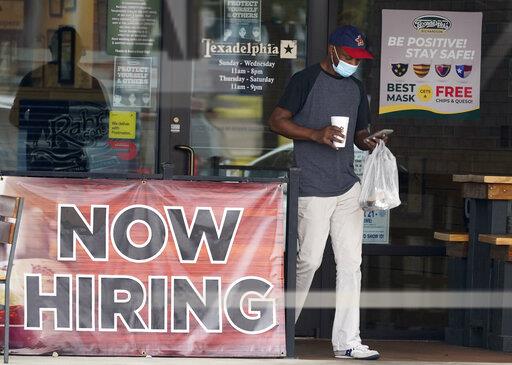 Trump has consistently made the economy a centerpiece of his reelection campaign. In 2016, he made restoring manufacturing jobs and empowering lower-wage, blue-collar workers one of his core campaign promises.

During his recent acceptance speech as the Republican presidential nominee, he again touted his ability to build the country's economy: "In a new term as president we will again build the greatest economy in history, quickly returning to full employment, soaring income, and record prosperity."

Though there had been some solid economic figures from 2018 to early 2020, things quickly turned for worse when the pandemic struck. It is clear that some of the most important battlegrounds in the election, the swing states, are badly hurt economically.

According to research firm IHS Markit, some of the largest swing states may see prolonged job losses due to the COVID-19 pandemic. In travel-dependent Florida, unemployment stood at around 11.3 percent in July. Nevada, another state heavily reliant on the service industry, saw its unemployment figure at around 14 percent. Manufacturing-reliant states in the Midwest that unexpectedly flipped to Trump in 2016 also saw steep employment declines. 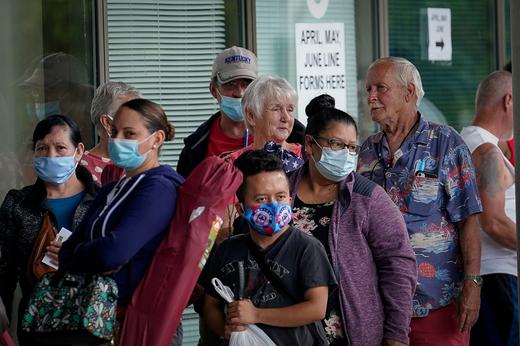 People line up outside a Kentucky Career Center hoping to find assistance with their unemployment claim, July 27, 2020. /Reuters

People line up outside a Kentucky Career Center hoping to find assistance with their unemployment claim, July 27, 2020. /Reuters

Historically, dire economic conditions often torpedoed reelection hopes of the incumbents. Jimmy Carter failed to win a reelection in 1980 amid an economic recession and so did George H. W. Bush in 1992. When unemployment rate peaked at 7.8 percent in June 1992, even though the country was on track to a jobless recovery, "it's the economy, stupid" turned to be a strong message from the Clinton team to cast doubt on the president's ability to manage the economy.

"But we cannot simply say the unemployment rate would upend Trump's reelection bid, because if you look at the disposable income, it barely changed, and some even reported an increase," said Diao Daming, associate professor at the School of International Relations, Renmin University of China.

The pandemic adds uncertainty to the predictive power of many of the economic models for analyzing election results. In the end, it depends on how voters feel about their circumstances, for example, to what extent the stock market performance, unemployment figure or changes in disposable income would affect how they perceive the economic situations, he added.

But if Trump can indeed bring a sharp bounce-back in the economy, and coronavirus cases can be brought under control, there are possibilities that voters may credit him with leading the country on an upward trajectory. 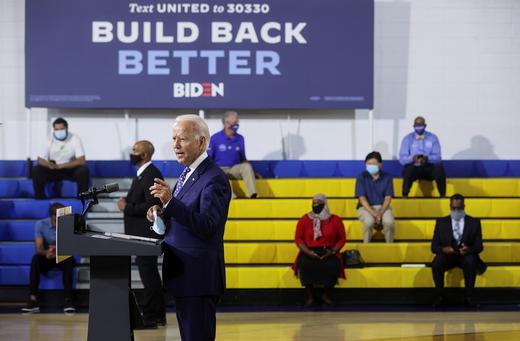 And the two parties are both running hard on that theme. Trump has projected himself as the leader best positioned to turn things around. Though his team is yet to unveil a clear economic plan to lead the country of the COVID-19 recession, it appears that two strategies would be crucial: tax cut and regulatory relief on the one hand, and continued, enhanced unemployment benefits for the jobless, according to Trump's senior campaign adviser Steve Cortes.

In late March, Congress passed a deal that expanded aid to the unemployed, giving an extra 600 dollars a week on top of regular state unemployment benefit. But the two parties cannot agree on extending that benefit once the deal expired. Trump, instead, bypassed Congress and signed executive orders to replace the unemployment benefit with a lower amount and extended payroll taxes.

The Biden campaign has tried to link Trump's performance on the economy with his response to the coronavirus pandemic. In a televised campaign advertisement, the Biden team proclaimed, "Trump's botched handling of the coronavirus pandemic cost jobs." And it tried to make the case that Biden was able to revive the American economy by getting the pandemic under control.

As the U.S. has once again recoiled against police brutality, sparking protests over the killing of Jacob Blake, the issue of crime and safety has once again resurfaced to the front and center of the election. And the debate is now shifting from coronavirus and job figures to crime. 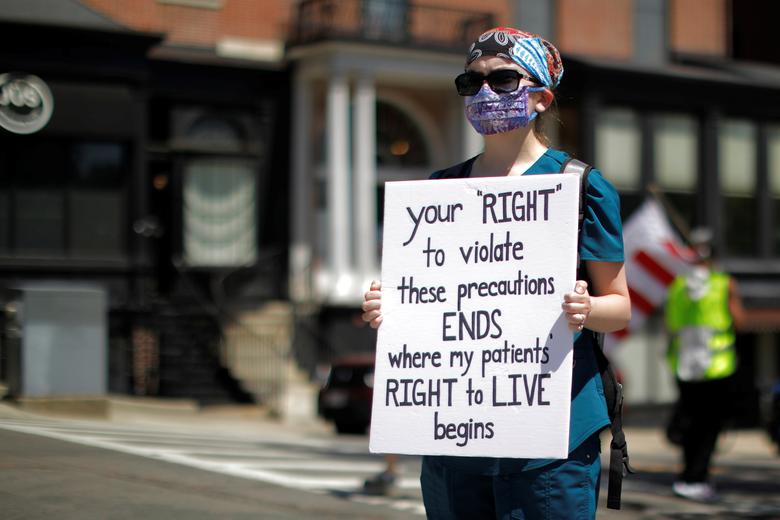 A hospital worker stands in silent protest against a group demonstrating against coronavirus restrictions in Boston, Massachusetts, May 30, 2020. /Reuters

A hospital worker stands in silent protest against a group demonstrating against coronavirus restrictions in Boston, Massachusetts, May 30, 2020. /Reuters

"By shifting the debate from coronavirus to law and order, Trump can successfully appeal to white American voters who were previously dissatisfied with how he handled the coronavirus pandemic," said Diao.

But for Biden, the increased focus on riots from the Republican party and from the media that have accompanied some of the Black Lives Matter protest may hurt him electorally, he noted. For the Biden campaign, it is a tough balancing act.

Several latest polls suggest that though Biden holds a single-digit lead over Trump, the race has tightened. Any unknown, be it a COVID-19 vaccine or another racial protest, may swing the election outcome in either way.

"Multiple factors will come at play during the election, and even if we are focusing only on the economy, there are numerous indicators to judge the economic performance," said Diao. Perhaps the biggest takeaway is that one should not read too much into any single one indicator.