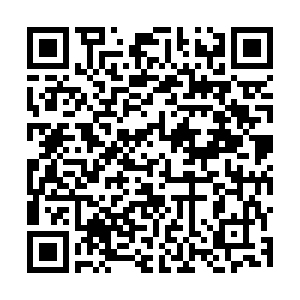 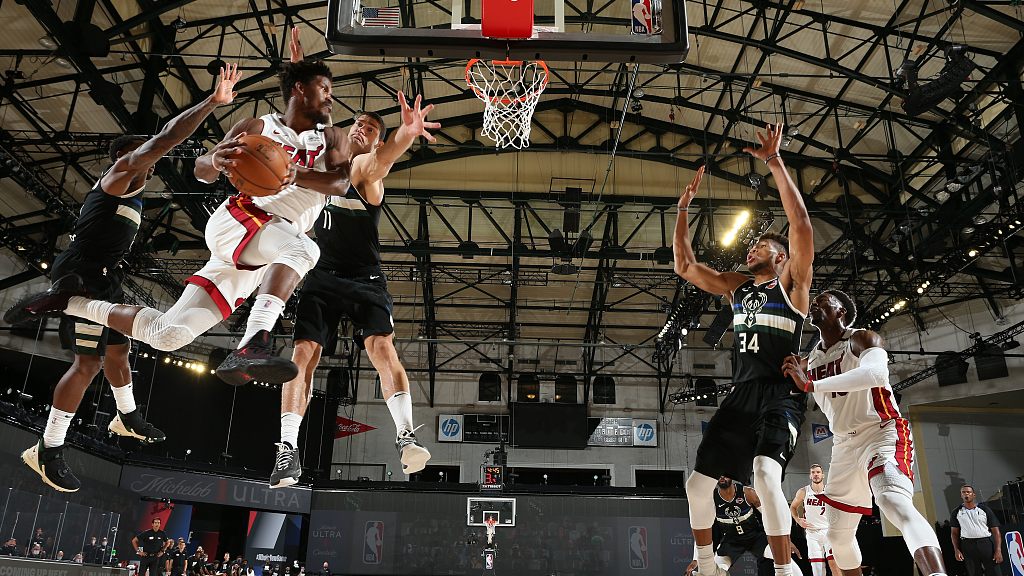 Jimmy Butler #22 of the Miami Heat passes the ball against the Milwaukee Bucks during Game 2 of the Eastern Conference Semifinals of the NBA Playoffs in Orlando, Florida, September 2, 2020. /VCG

Jimmy Butler #22 of the Miami Heat passes the ball against the Milwaukee Bucks during Game 2 of the Eastern Conference Semifinals of the NBA Playoffs in Orlando, Florida, September 2, 2020. /VCG

James Harden's shooting touch deserted him, but the Houston star came up big on the defensive end in the Rockets' 104-102 series-clinching win over Oklahoma City in the NBA playoffs on Wednesday.

Harden closed out on Thunder guard Luguentz Dort and recorded a blocked shot with 4.8 seconds left and Houston clinging to a one-point lead. Following a Robert Covington free throw, the Rockets blew up inbounds play from the Thunder with 1.1 seconds left to clinch the series and set a date opposite the Los Angeles Lakers in the Western Conference semifinals.

"I couldn't make a shot, turning the ball over, just everything that was not supposed to happen," said Harden, the NBA's leading scorer who had just 17 points on four-of-15 shooting.

"But I just kept sticking with it," he said. "Defensively I had to make a play."

Covington and Eric Gordon scored 21 points apiece for the Rockets. Covington also pulled down 10 rebounds, and Russell Westbrook added 20 points for Houston against his former team.

Dort, a 21-year-old undrafted Canadian, scored a career-best 30 points for the Thunder, and Chris Paul, who was traded for Westbrook prior to the season, added a triple-double of 19 points, 12 assists, and 11 rebounds for Oklahoma City.

Meanwhile, during the Game 2 of the Eastern Conference semifinals, Jimmy Butler made two free throws with no time remaining on the clock, capping a wild finish that featured two controversial calls by the referees and giving the fifth-seeded Miami Heat a second straight win over the top-seeded Milwaukee Bucks, 116-114.