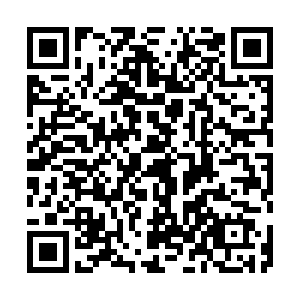 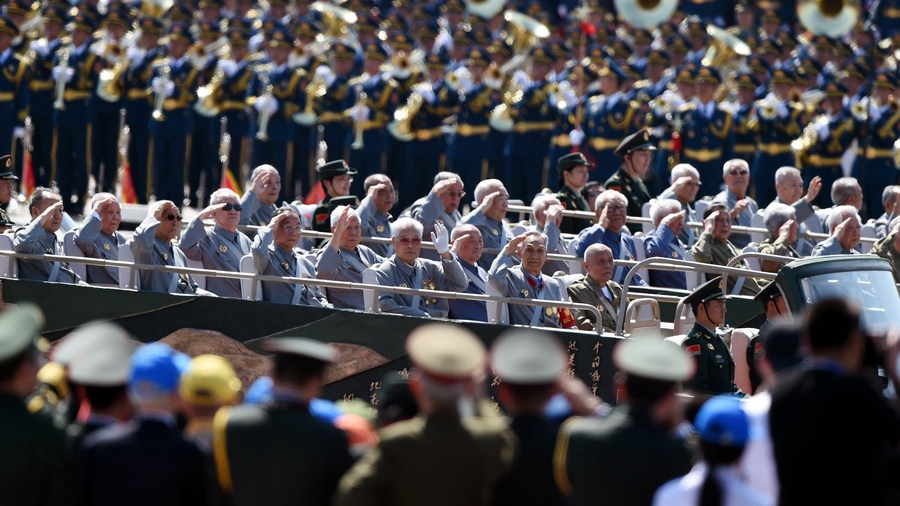 Veterans attend a parade to mark the 70th anniversary of the victory of the Chinese People's War of Resistance Against Japanese Aggression and the World Anti-Fascist War in Beijing, capital of China, September 3, 2015. /Xinhua

Veterans attend a parade to mark the 70th anniversary of the victory of the Chinese People's War of Resistance Against Japanese Aggression and the World Anti-Fascist War in Beijing, capital of China, September 3, 2015. /Xinhua

September 3 marks the 75th anniversary of the victories of the Chinese People's War of Resistance against Japanese Aggression and the World Anti-Fascist War. As we celebrate the hard-earned victory, for which Chinese people had made huge sacrifice, we bow our heads to commemorate those who died in the fighting against Japan's invasion for China's national independence.

We commemorate the victory every year simply because we need to remind the world that China and its wartime allies fought a justice war and won. Such celebration is relevant because some Japanese, including prominent politicians, constantly deny the history of Japan's aggression in the WWII and refuse to admit their ultimate defeat.

Some Japanese nationalists even tried to twist the history and embellish the cruelty and atrocity committed by the imperial Japanese forces in Asia neighbors with ulterior motives to rally public support and promote their political agenda.

We cannot ignore that the Chinese People's War of Resistance against Japanese Aggression actually started six years earlier that Nazi Germany's lightening attack of Poland on September 1st, 1939, the widely-recognized beginning of the WWII in Europe.

With only limited aid from the Soviet Union and other countries, China almost solely shouldered the responsibility to fight against Japan's invasion and occupation since the Mukden Incident on September 18th, 1931 until the U.S. declared war against Japan few days after the Pearl Harbor Attack on December 7th, 1941.

Among wartime anti-fascism allies, China was the last land to be completely liberated from the shackles of Japan's military occupation, and it had sustained the second-largest casualties.

Given this, we should pay our tribute to Chinese soldiers who fought to death to safeguard their nation's independence, as well as to the innocent people, including Japanese civilians, who lost their lives in the wars.

September 3rd is also the day to educate young people about the truth of the wars and the crimes imperial Japanese forces committed in China and other Asian neighbors, and to reflect on the root cause of the wars and find ways to avoid a potential repetition. 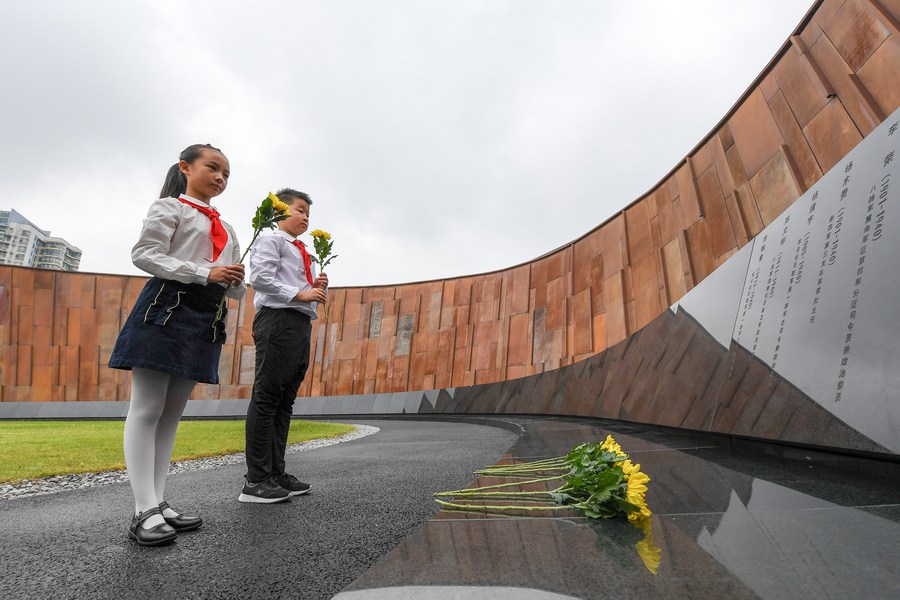 Such a reflection is urgently needed as China and the United States, which once were wartime allies and jointly defeated imperial Japan in the WWII, turn against each other and are locked in a head-on strategic competition, which is reshaping the world's geopolitical structure.

The unprecedented COVID-19 pandemic failed to bring the two nations together, but drove them further away. The strategic competition fuels speculation about a possible new Cold War. But no one intends to witness any kinds of wars, no matter cold or hot, as war is costly, destructive and lethal.

Therefore, reflection on the origin of the WWII can help us prevent the United States and China from stepping into a war.

People celebrate and reflect today with no intention to generate new hatred among Chinese and Japanese people, but to create a chance to heal. Even though we have already closed the darkest chapter on Sino-Japanese history, the wars have left scars on the mentality of both nations.

In order to better heal wounds, repair their relations and forge new friendships, both China and Japan shouldn't perceive each other as a threat, instead, they ought to avoid disputes, competition and confrontation, manage their disagreements in a proactive fashion, find a solution for their historical and territorial disputes as early as possible, continue to promote people-to-people's exchanges and lay down a solid social foundation for future development of their relations.

Today is an appropriate time for Chinese people to appreciate countries, including Russia and the United States, and people from across the world, for their generous aid and precious support when China struggled to survive and was in desperate need of help during the war. Without that aid and support, China might have had to sustain more pains and sufferings.