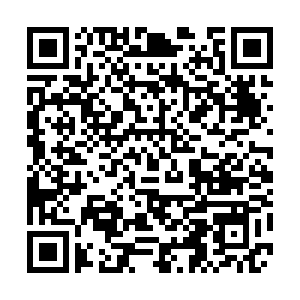 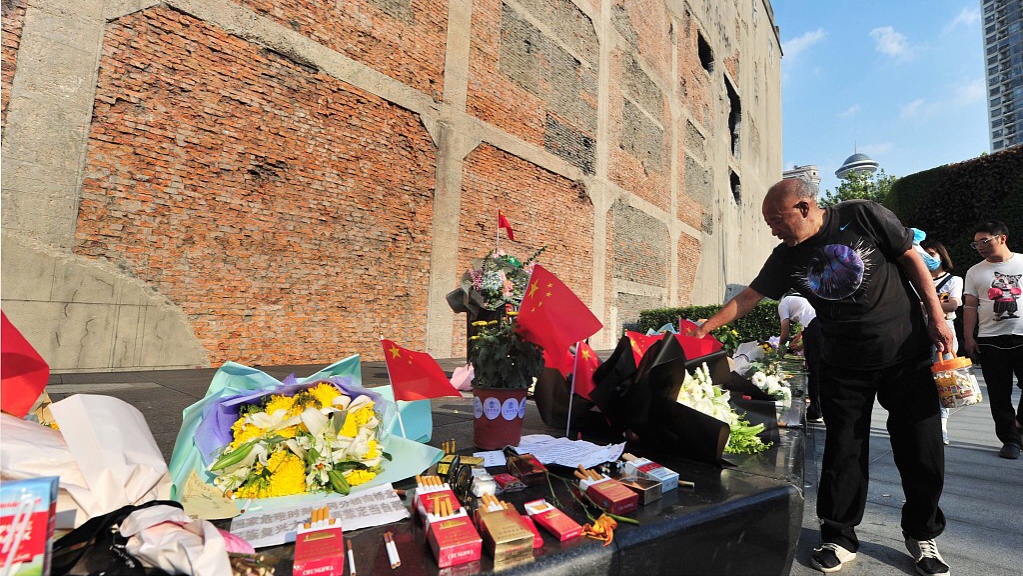 The recent Chinese blockbuster "The Eight Hundred" has brought alive the story of Chinese soldiers defending Sihang Warehouse against the invading Japanese army during the Battle of Shanghai in 1937.

The well-acclaimed war film helped attract more visitors to the Sihang Warehouse in east China's Shanghai to commemorate the soldiers. Flowers, liquor, and cigarettes were placed by visitors in front of the museum for the fallen soldiers.

In 1937, when the Battle of Shanghai deteriorated for Chinese Nationalist forces fighting the Japanese, the Chinese army was forced to withdraw westward. Xie Jinyuan was a commander in the 88th Division.

"My father received the order to defend Shanghai for at least one week. But he was told to defend the city as long as possible. It was his duty as a soldier to guard China's territory," said Xie Jimin, son of Xie Jinyuan.

About 420 soldiers kept fighting in the Sihang Warehouse battle, but they said they had 800 soldiers to boost strength and confuse the enemies.

"Many of the soldiers looked very young from the photos. The youngest soldier was only 15 or 16 years old, according to a journalist. The whole Battle of Shanghai was very fierce and the Chinese army suffered high casualties. The forces of the regiment to which Xie belongs were replenished five times during the battle," said Ma Youjiong, curator of the Sihang Warehouse Battle Memorial Museum.

The soldiers' heroic deeds of defending the Sihang Warehouse to the last breath of life were witnessed by local residents. Many people defied gunfire to cheer for the Chinese army and deliver food and drugs.

After four days and four nights of fierce fight, the Chinese soldiers repulsed the Japanese forces' attacks dozens of times, resulting in more than 200 casualties on the enemy side, and nine dead and more than 20 wounded on the Chinese side.

On October 31, 1937, Xie Jinyuan and other soldiers were forced to retreat to a foreign concession. "The 420 Chinese warriors set a good example at that time that if every soldier could perform duties and be brave enough to defy death, the Chinese people could fight the Japanese and China wouldn't be conquered," said Xie Jimin.

The Battle of Shanghai was the first major engagement fought between the Chinese army and the Japanese invading forces during the Chinese People's War of Resistance Against Japanese Aggression.

(Cover image: Visitors pay tribute to soldiers who died in the battle in front of Sihang Warehouse, September 3, 2020. /CFP)