Could China and India fight but not break?
First Voice 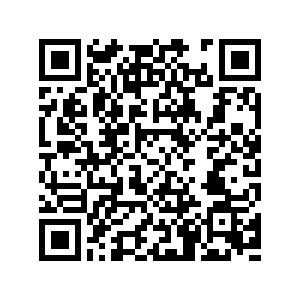 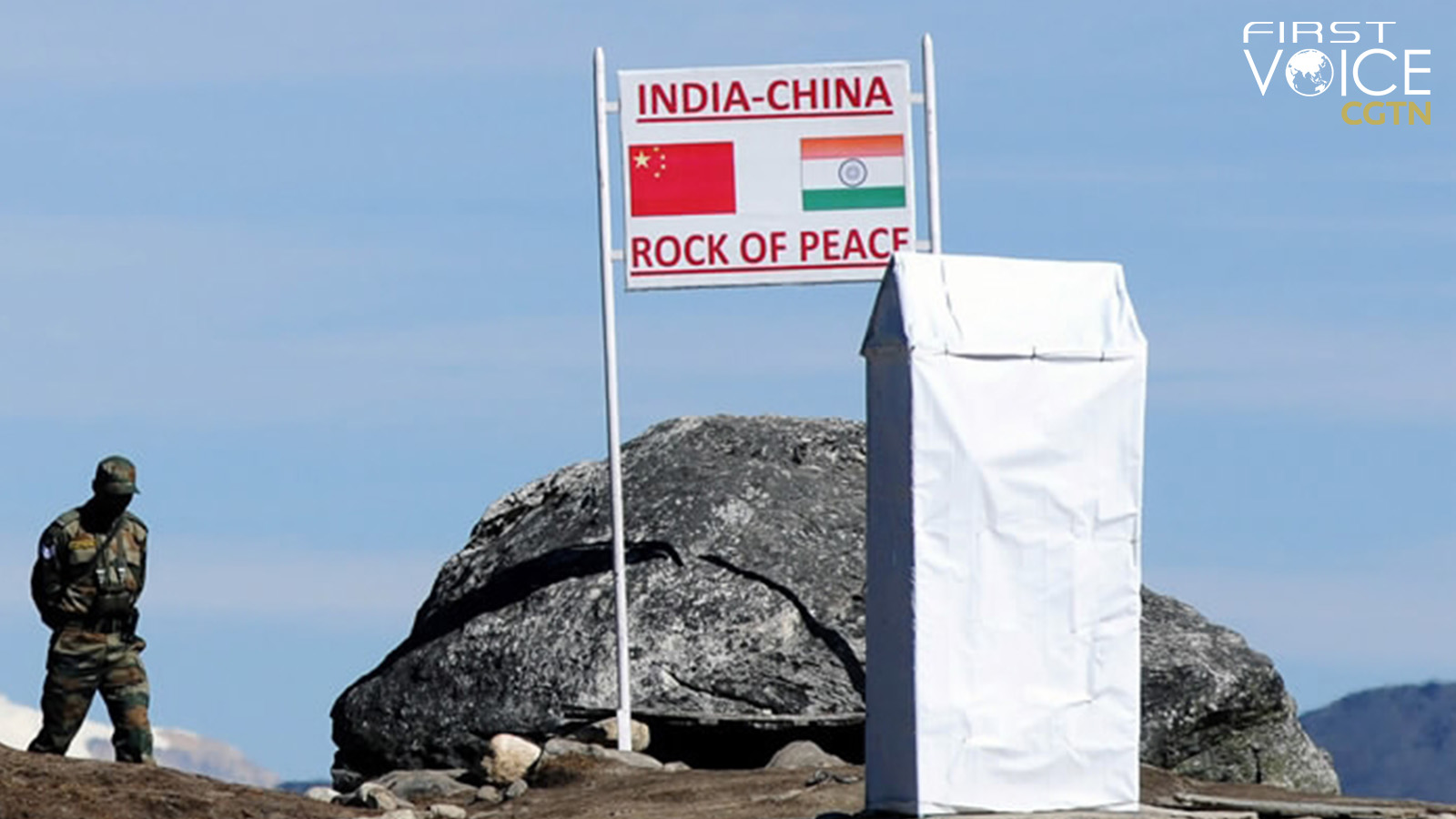 There's always a whiff of awkwardness when juxtaposing China and India. Separated by the Himalayas, both countries are born of different cultural origins, have different political systems, speak different languages and face different geopolitical realities. On the international stage, one is often met with praise from Western countries while the other has been criticized constantly.

However, the two countries have experienced almost parallel development. Having emerged from colonial and imperialist experiences, they have chosen economic development as the backbone of national strategy. Similar in size of population and each with a massive territory, both are dealing with comparable societal and climatic issues that collectively affect nearly one-fourth of the world's population. They form one of the largest trading partnerships. And they share a staunch commitment to defend national sovereignty and integrity while seeking to satisfy the needs of their rapidly changing populations.

Sometimes, their commitments and interests pit them against each other. For years, the bilateral relationship has oscillated between statuses that are best described by two Chinese idioms – "fighting without breaking" and "in harmony but different." Well, the recent conflicts between them lean definitely more towards the "fighting" expression. 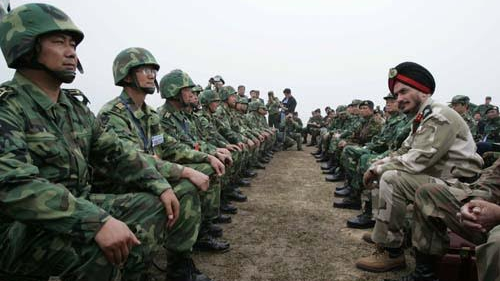 Talks led by China's Southern Xinjiang Military District chief and India's 14 Corps commander were held in the border area on the Chinese side, June 6, 2020. /Xinhua

Talks led by China's Southern Xinjiang Military District chief and India's 14 Corps commander were held in the border area on the Chinese side, June 6, 2020. /Xinhua

On September 3, Prime Minister Narendra Modi swatted China by saying that the post-COVID-19 world should make decisions on developing global supply chains based on "trust along with affordability" and pitched India as having "reliability and policy stability." Just a day earlier, the Indian government announced a ban on 118 Chinese apps. And last week India's Chief of Defense Staff Bipin Rawat, the top military adviser to Modi, made an explicit comment about India's readiness to use military force in the standoff along the Line of Actual Control (LAC) for the first time since the conflict began in May this year.

Will the relationship break? It is certainly within the realm of possibility. As Chinese Foreign Minister Wang Yi said, the border is yet to be demarcated and there will always be problems because of that. Territorial integrity is central to both countries, and they had fought a war over border disputes in 1962. "I think that it will find a diplomatic settlement … solution to the standoff is for both to work out a recognized Line of Actual Control," said Manoj Joshi, a distinguished fellow at Observer Research Foundation, an independent Indian think tank.

Well, one would hope so. The alternative wouldn't be so pretty for the general public. According to Toru Takahashi, editor-in-chief of the Editorial Headquarters for Asia at Nikkei, India's domestic economy has structural problems that make it vulnerable if cut off from China. But without a labor-intensive manufacturing sector, India cannot provide the 10 million people entering its workforce each year with enough jobs. Modi's "Make in India" campaign has "failed to deliver much." Besides, India depends on China for 90 percent of its solar panels, 70 percent of its smartphones and 60 percent of its raw materials for drugs, according to The Economic Times. 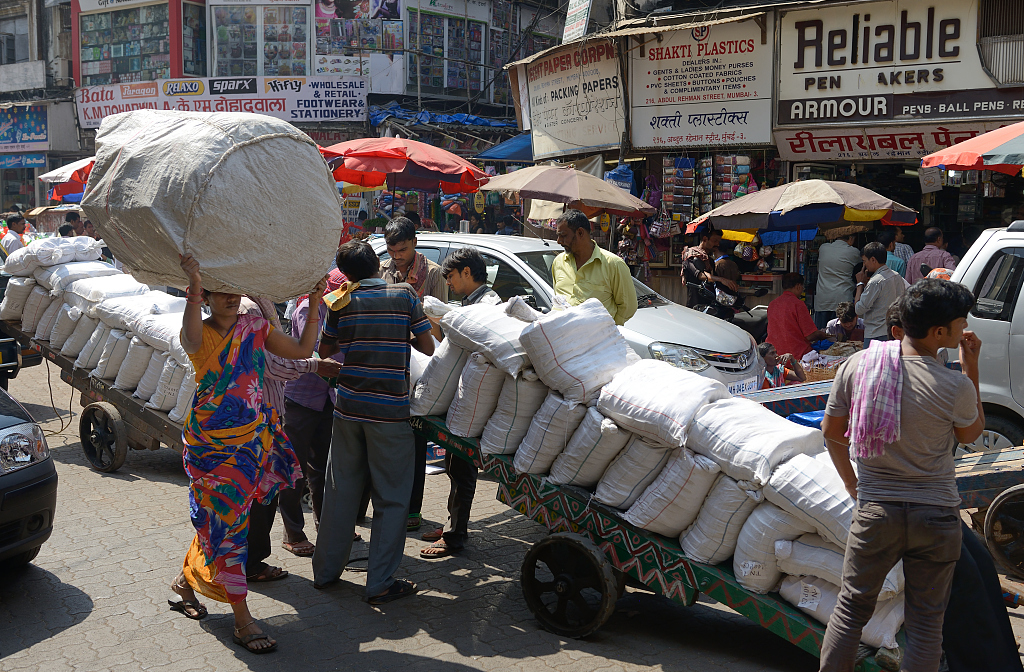 To settle any sensitive territorial disputes, the foremost condition is public support. And it is coming in short order in India. PM Modi's nationalistic messages have indeed stirred up nationalism. The strategy served him during the election, it served him during his forceful change of status on Kashmir, and it is propelling him to taking a hard stance against China. Eighty-seven percent of Indians are willing to boycott Chinese products for a year, according to a survey reported by the Hindu BusinessLine. More than half (59 percent) believe India should go to war with China over the border dispute, according to India Today-Karvy Insights Mood of the Nation survey.

But nationalism is a tough sentiment to manage. Just look at the United States, where "globalization" and "internationalism" have been desecrated by U.S. insistence that it is obeyed or paid for whatever it is offering. Quitting the World Health Organization, sanctioning prosecutors at the International Criminal Court and the most recent threats to withdraw from the World Anti-Doping Agency are a few of the examples of what nationalism has wrought. This is to say nothing about its attitude towards China – giving up the chance to benefit from the world's second largest economy and a market of 1.4 billion people and seeking confrontation instead.

As mentioned at the beginning, China and India have experienced similar historical events and share some common problems. But differences in political systems, culture and national interests will mean that conflicts – big or small – are always possible between the two countries. Eradicating them completely is a pipe dream. Managing them is the essential art in this bilateral relationship. Using the differences for domestic political gains could put a quarter of the world's population at risk. And that would be more than unseemly for two neighbors who have managed to maintain a warm relationship despite their disagreements over the decades.