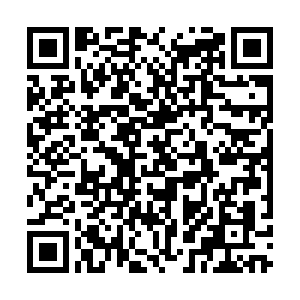 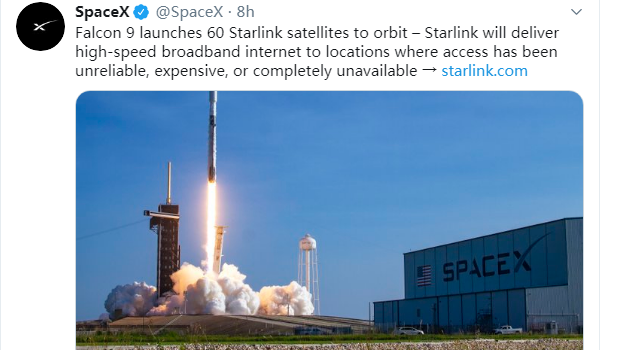 Starlink is SpaceX's ambitious plan to launch nearly 12,000 satellites by 2024 into low orbits around the Earth to provide broadband coverage to the ground below. It aims to deliver high-speed internet to locations where access has been unreliable, expensive, or completely unavailable, according to SpaceX.

Users of the system are meant to tap into the constellation using personal antennas on the ground, what SpaceX CEO Elon Musk has described as looking like a "UFO on a stick."

This summer, SpaceX began early beta testing of the constellation, with employees using Starlink to test download speeds. Kate Tice, senior program reliability engineer at SpaceX, said during the launch broadcast that the download speeds were greater than 100 megabytes per second (MBps).

"We're checking how fast data travels from the satellites to our customers, and then back to the rest of the internet. Initial results have been good," she said.

The speeds are still not as fast as what SpaceX originally claimed for the system, but are slightly faster than what early user testing has shown - average download speeds between 11 Mbps and 60 Mbps.

"Our network, of course, is very much a work in progress," she noted. "And over time, we will continue to add features to unlock the full capability of that network."

Starlink is targeting service in the Northern United States and Canada in 2020, and rapidly expands to near global coverage of the populated world by 2021.

Each satellite weighs about 260 kilograms and features a compact, flat-panel design that minimizes volume, allowing for a dense launch stack to take full advantage of the launch capabilities of the Falcon 9 carrier rocket, according to SpaceX.