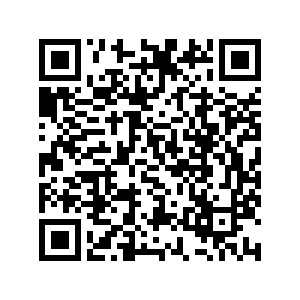 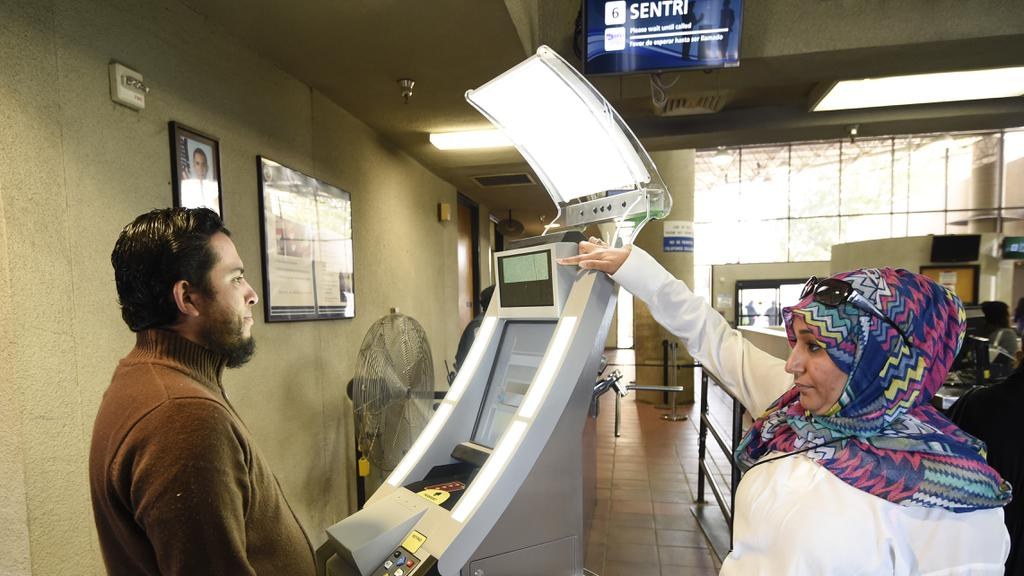 Contractor Sabira Dewji, right, helps a pedestrian crossing from Mexico into the United States at the Otay Mesa Port of Entry have his facial features and eyes scanned at a biometric kiosk in San Diego, California, December 10, 2015. /AP

Contractor Sabira Dewji, right, helps a pedestrian crossing from Mexico into the United States at the Otay Mesa Port of Entry have his facial features and eyes scanned at a biometric kiosk in San Diego, California, December 10, 2015. /AP

The U.S. Department of Homeland Security confirmed on September 2 that the administration is actively seeking to expand the collection of biometric information from prospective immigrants.

This proposal would not only allow the government to collect more personal data from more people who are seeking immigration benefits but also to expand the collecting methods from photo, fingerprints, and signature to DNA, eye scan, voiceprints, and pictures for facial recognition.

On their new release, the department claims that the proposal "improves the screening and vetting process and reduces our dependence on paper documents and biographic information to prove identity and familial relationships."

This proposal, in the end, is another scare tactic designed to terrorize immigrants and deter immigration and a tactic to secure the voter base for Trump's re-elections.

Yet, this tactic, along with many others Trump administration has issued in the last three and half years, will undermine America's global leadership in the economy and expose its hypocritical stands on human rights.

Being the largest economy in the world, the U.S. has to operate based on a streamline of immigrants to keep the economy afloat. The economy is largely built on the liberal idea of the free enterprise market where the maximum of freedom is maximum productivity, and where the more flow of capital, information, labor, and products means more stability.

This whole system is like a bicycle: the faster the wheels spin, the more stable it becomes. Without a functioning immigration system, this economy is losing a big chunk of not only laborers but also consumers. Such a system may work great when there are no obvious obstacles, but lacks resilience in the face of shocks, such as a pandemic.

During a recession, the economy needs some sort of force to initiate the spinning of the cycle. Immigrants are significant in forming that force.

Firstly, while earnings across the industry have plunged during the second quarter because of COVID-19, the high-tech industry is the least impacted because not only those companies have the most ability to adapt but also those are the companies helping other sectors to adapt. The companies that drove the "stay-at-home" economy are overlapping with the companies that rely on highly-educated immigrants the most.

Secondly, according to an article "Immigrants and the Economy" by American Civil Liberties Union (ACLU), "immigrants, instead of taking jobs away from Americans, create more new jobs by forming new businesses, by spending on American goods and services, by paying taxes, and by increasing the productivity of the economy."

Therefore, cutting immigration does more harm than good, if there is any, to jump-start the businesses in the economy. The harder the U.S. makes immigrants obtain legal status, the fewer people can contribute to the economy.

Moreover, such proposal is placing more burdens on the already stressful national spending. For decades, the U.S. Citizenship and Immigration Services (USCIS) has been a self-sufficient government department – immigrants pay the application fee to obtain immigrant benefits and citizenship. Cuban Abel Oset Jr., center, and his father Abel Oset, behind him, show their identification to a U.S. Customs and Border Protection officer before their appointments to apply for asylum in the U.S., as they cross International Bridge 1 to leave Nuevo Laredo, Mexico and enter Laredo, Texas, September 17, 2019. /AP

Cuban Abel Oset Jr., center, and his father Abel Oset, behind him, show their identification to a U.S. Customs and Border Protection officer before their appointments to apply for asylum in the U.S., as they cross International Bridge 1 to leave Nuevo Laredo, Mexico and enter Laredo, Texas, September 17, 2019. /AP

However, as immigration policies became more rigid in recent years, the number of people applying has dropped. USCIS raised application fees multiple times during this administration but the agency is still operating at a budget shortage because the increasingly high application fees are scaring more people away.

USCIS sent out furlough notices to nearly 70 percent of its employee this July; though the furlough was canceled at the last minute, the budget can only sustain this agency until October. USCIS now has to seek appropriations from the Congress, which is already financially stressed out by the pandemic and recession. The new policy only added more spending on collecting and storing those data.

More importantly, such a proposal is further exposing U.S. hypocrisy on human rights.

While the administration is accusing TikTok of stealing users' data, the government could subject millions of prospective immigrants under massive surveillance.

The additional biometric collection could lead to a longer wait for immigrants. The policy, which prohibits people who have received benefits from applying for a green card, ,means more people cannot either work during the wait time or receive public benefits.

This August, USCIS raised application fees in all humanitarian categories. Most significantly, application for the family member of a U-1 visa holder, victims of crimes, jumped up by 546 percent. This new policy meant to cut families' livelihood while charging asylum seekers. It showcases that the U.S. is moving backwards on human rights, promoting racism and discrimination through the immigration system.

As the election approaches, one may see Trump rolling out more jaw-dropping policies intend to blame his failure on others; those policies may hurt the U.S. beyond fixable.

The U.S. is rejecting the force to jump-start the economy while China has effectively gained economic growth during the second quarter.

If someday the U.S. collapsed, it would not be due to competitions, but to self-destructive policies like this.