'A civil war right around the corner'?
Chris Hawke 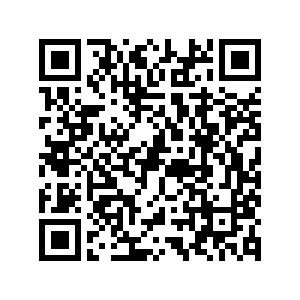 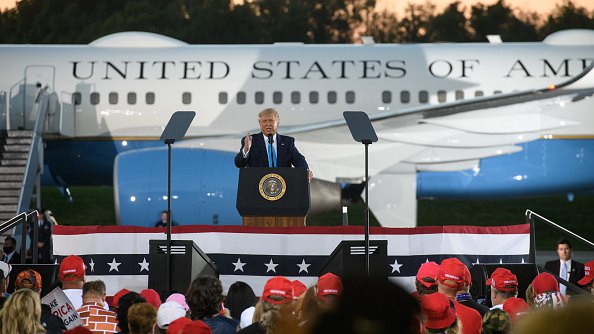 Editor's note: Chris Hawke is a graduate of the Columbia Graduate School of Journalism and a journalist who has reported for over two decades from Beijing, New York, the United Nations, Tokyo, Bangkok, Islamabad and Kabul for AP, UPI and CBS. The article reflects the author's views and not necessarily those of CGTN.

Things are happening so quickly in the United States that the only constant is a deep-down sense of dread in the hearts of people who care about the country.

This is not only people feeling isolation, financial pressure and worry about the health of their loved ones amid a failed government response to the coronavirus.

And it is not simply the growing tribal enmity between people in Red and Blue parts of the country — an enmity that has led to two different world-views with their own sets of facts, heroes and villains.

Now Americans are killing each other over politics.

U.S. President Donald Trump is praising a 17-year-old who took a semi-automatic rifle to a rally and killed two Black Lives Matter protesters.

The president is telling people to vote twice, and that the election will have been rigged if he doesn't win.

On the West Coast, police have shot and killed a self-proclaimed "security" guard for anti-police protesters in Portland.

In a video interview made shortly before he was killed, Michael Forest Reinoehl calmly admitted to killing a Trump supporter who had driven into Portland to pick fights with demonstrators.

Reinoehl expressed in a news interview just before his death no remorse for what he had done, claiming it was self-defense.

In fact, he glorified the action. "That shot felt like the beginning of a war," he said, adding, "Honestly, I hate to say it, but I see a civil war right around the corner."

Like Aaron Danielson, the man he killed, Reinoehl went into Portland looking for trouble.

The protests and counter-protests in that city have lost any connection to advancing the situation of black people in the United States, and now resemble a bunch of strutting fighting cocks.

David Brooks, a conservative columnist at The New York Times, often writes about the importance of building up local communities with broad coalitions.

This week, he has written a column painting an increasingly likely scenario in which Donald Trump won't leave office, claiming widespread ballot fraud.

Brooks predicts as many as half of Republicans could take to the streets to support the president, unafraid to use violence or take the law into their own hands. A number of people on the left would respond in kind.

For four years, the president has deliberately tried to destroy the nation's institutions, because they are all that stops him from indulging his strongman instincts.

Anger, ego, and the thrilling rush of being in a mob have possessed the spirit of the times. This demon must be exorcised, or it will ensure the result that most Black Lives Matters protestors want the least — another four years of President Trump. 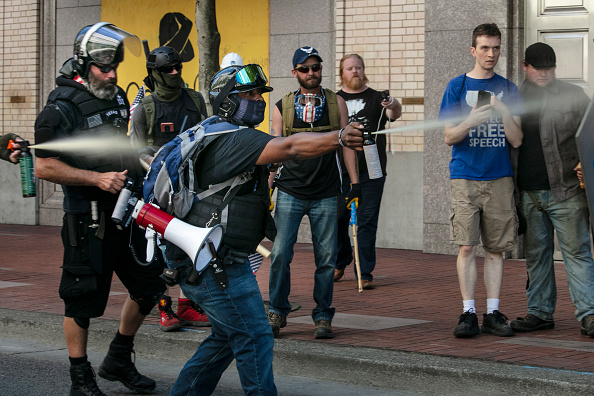 Among any group of protesters, on the left or the right, there will be a core of well-meaning, decent people, trying to stand up for what they believe in.

There will also be a number of people joining in to feel like they belong to something bigger than themselves, even if they can't clearly analyze the issues.

And sadly, there will be people who are simply looking for an excuse to vent their anger. They don't care about a cause, or the long-term ramifications of their actions. They just want to get in fights or burn things down, or shoot somebody.

Serious protesters on the right and left need to identify these people and disavow them.

It's time for the right wing militias and race-baiting Trump supporters to go home.

It's time for the Black Lives Matter protesters to dismantle their "security teams" and "first aid stations" and go home.

In the 1960s, when civil rights protesters stuck with non-violence, they scored major gains.

When disciplined demonstrations gave way to violence and rioting, their gains stopped, for several generations.

There will be a time to take to the streets again, if Trump does not cede the presidency after losing the election.

During the 2000 election, in a very different era, Democratic candidate Al Gore accepted an obviously partisan Supreme Court ruling and ceded the election to George W Bush, in order to preserve the institutions of the country.

This time, if the election results are in doubt, there will be few institutions left that Trump has not compromised.

Forcing him out may take civil disobedience on a scale the country has never seen, along with the moral strength to stick with disciplined non-violence.

Continued violence will only play into Trump's hands, which is why he continues to incite it.

Working people on both sides of the political divide need to turn down the temperature, and ask themselves what is really important. Although leaders like Trump seek to divide them, they have more in common than differences.

As Brooks says, the future of the republic is at stake.