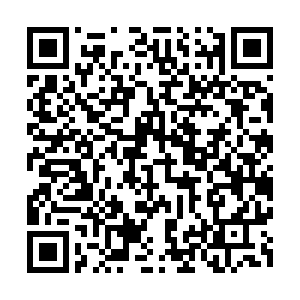 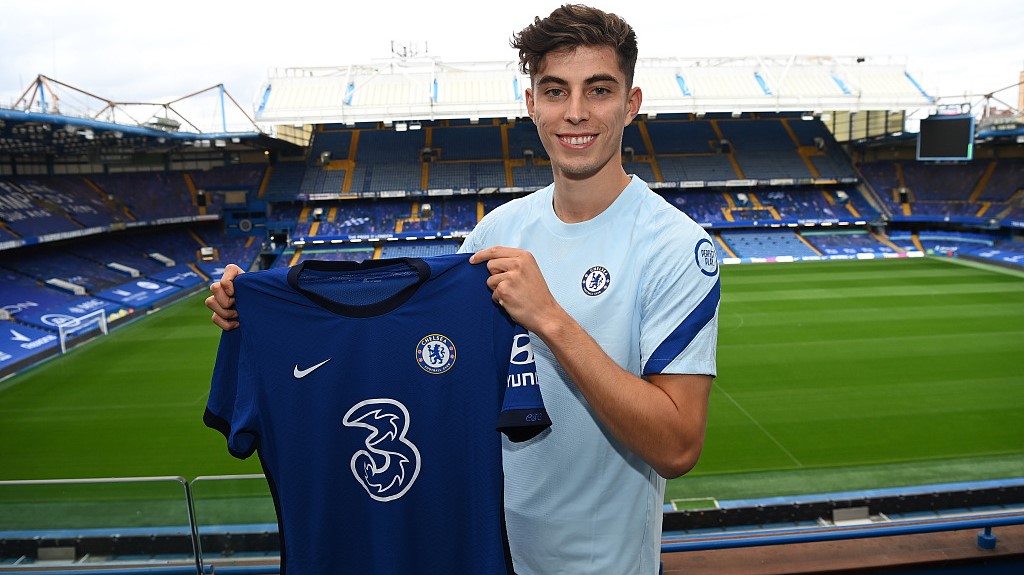 Kai Havertz of Chelsea shows his No. 3 Jersey for a portrait at Stamford Bridge in London, England, September 4, 2020. /VCG

Kai Havertz of Chelsea shows his No. 3 Jersey for a portrait at Stamford Bridge in London, England, September 4, 2020. /VCG

Premier League side Chelsea signed 21-year-old German midfielder Kai Havertz to a five-year contract from Bundesliga's Bayer Leverkusen by paying a fee that will rise to a maximum of 70 million pounds (about 93 million U.S. dollars).

The Bundesliga has seen the rise of a new generation of talent in recent years: Erling Haaland, Alphonso Davies, Jadon Sancho, and of course, Havertz. Since he was promoted to Leverkusen's first team in 2016, he has made 148 appearances for the German club and contributed 45 goals and 31 assists.

Last season, Havertz scored the team-high 19 goals and nine assists. Despite his 1.90+meter height, the 21-year-old has no weak foot and can play multiple positions in the front field like central or attacking midfielder, or even striker.

By finishing fifth in the Bundesliga, Leverkusen missed this season's UEFA Champions League and could not convince Havertz to stay. Though many heavyweights like Bayern Munich, Real Madrid and Manchester United were interested in the young man, Chelsea landed him first. 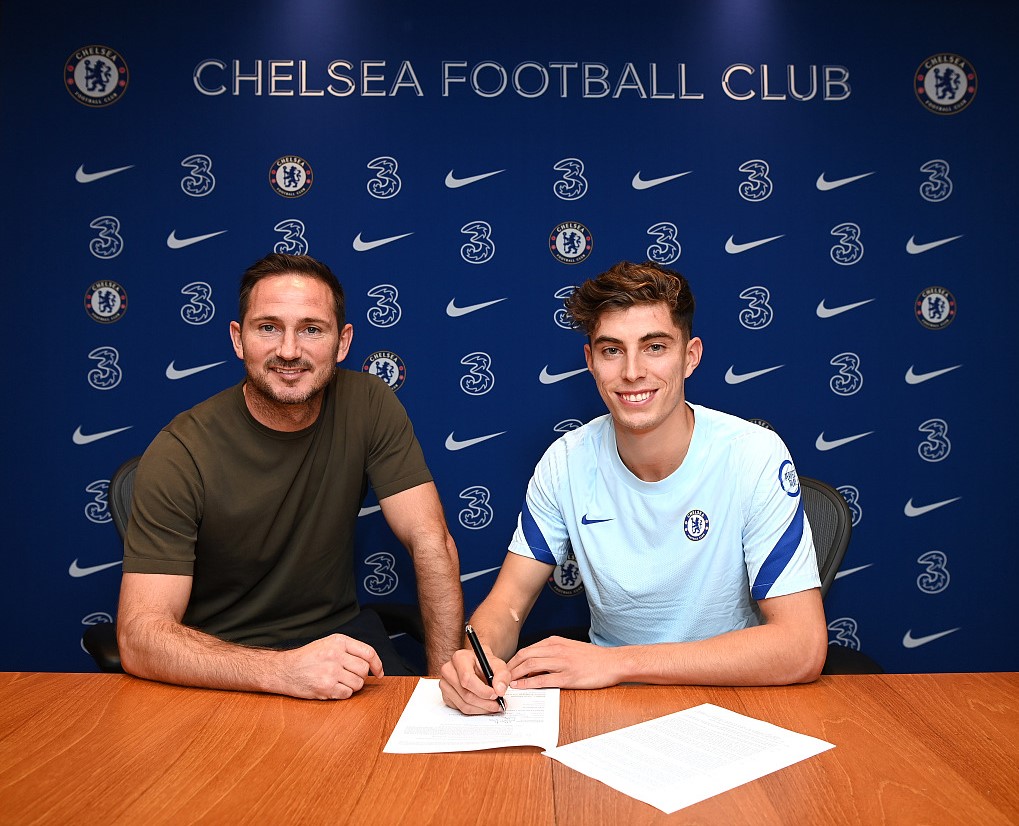 "I am very happy and proud to be here. For me it is a dream come true to play in a big club like Chelsea and I can't wait to meet all the players and the trainers," said Havertz to Chelsea's official website.

"Kai is one of the best players of his age in world football, so we are very happy that his future lies at Chelsea. He has proven pedigree in one of the best leagues in Europe, he plays for the German national side and he is an exciting, dynamic talent. We are delighted to be able to add his versatility and quality to the squad before the season begins," said Marina Granovskaia, director of Chelsea.

Chelsea have already made a series of big purchases during this transfer window. It already cost the club over 200 million pounds (about 272 million U.S. dollars) to sign Hakim Ziyech, Timo Werner, Havertz and others. So far, no team has beat the Blues in throwing money around.