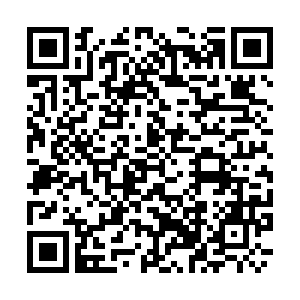 Editor's note: For an entire month starting August 17, CGTN will be bringing this year's Great Wildebeest Migration to your living room with our new series "Digital Safari." Let's jump onboard and get to know more about these amazing wild animals and the wonderful nature. 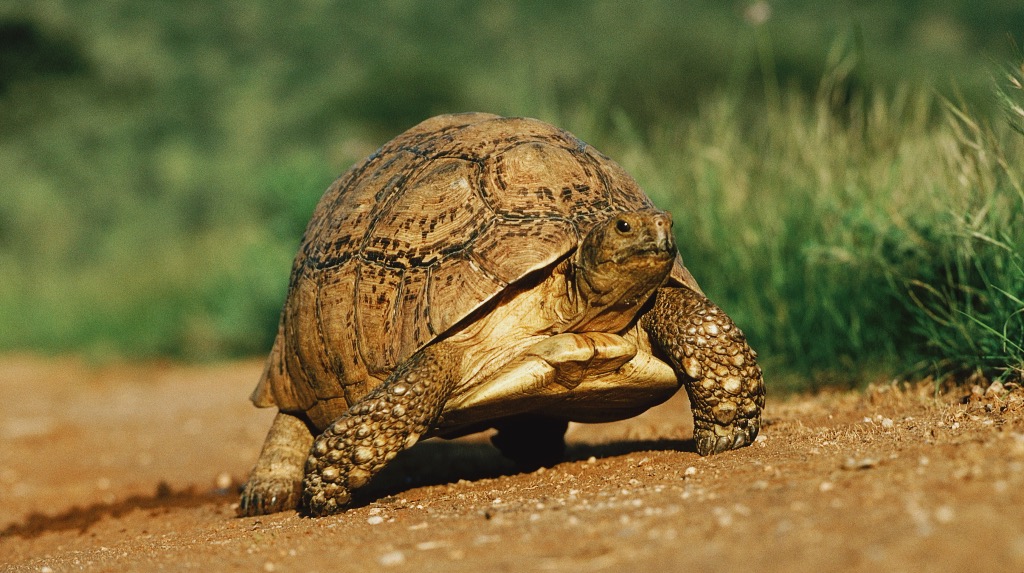 The leopard tortoise, which gets its name from the patterns on its shell that resembles the leopard, is one of the largest tortoises in the world. The sizable tortoise is native to Ethiopia, South Africa and Somalia. In the wild they can live between 50 and 100 years. And just like other tortoises, the leopard tortoise is slow and quiet, a good-natured animal in general. 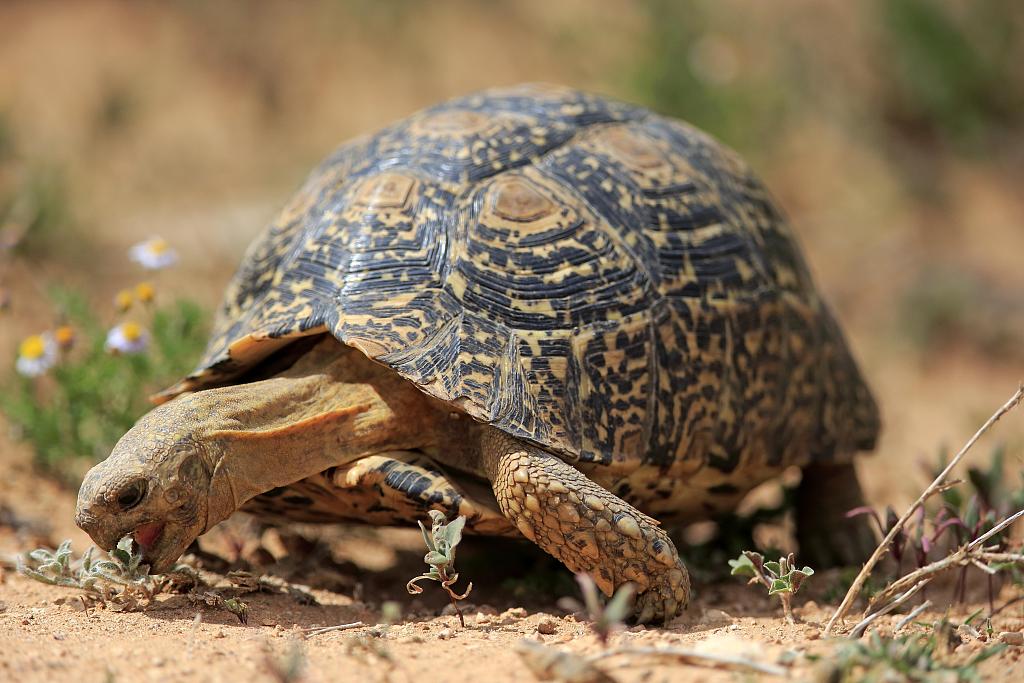 The tortoises, who do not have protective scutes above the neck, are capable of climbing, floating on water, even swimming. They have elephantine legs with impressive claws. Females leopard tortoises are usually larger than males. In the wild, the animal achieves sexual maturity at about 15. 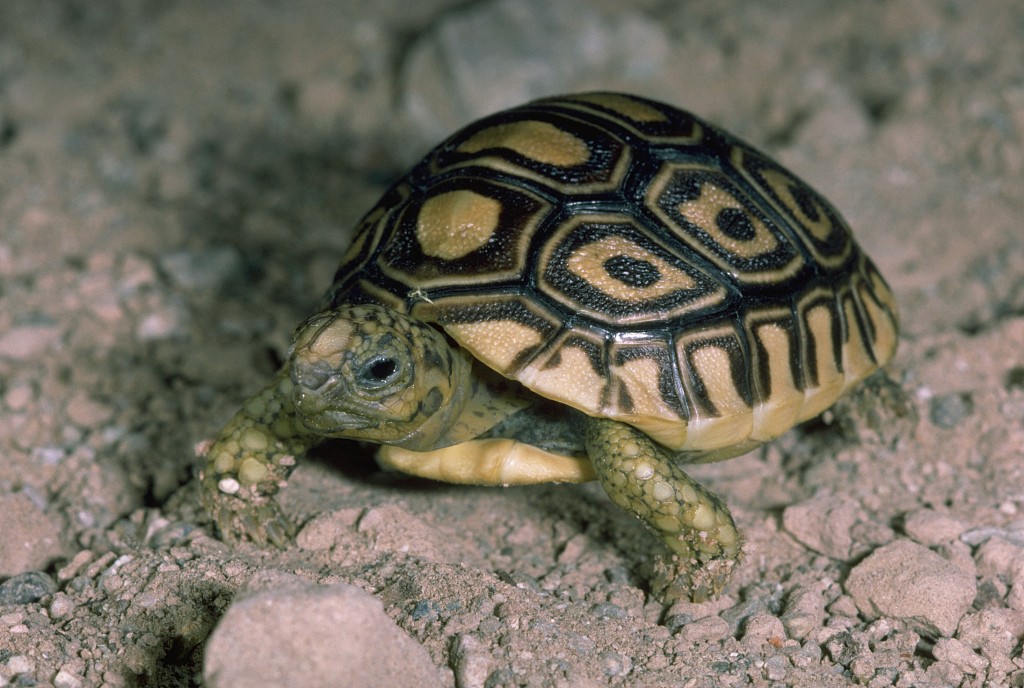 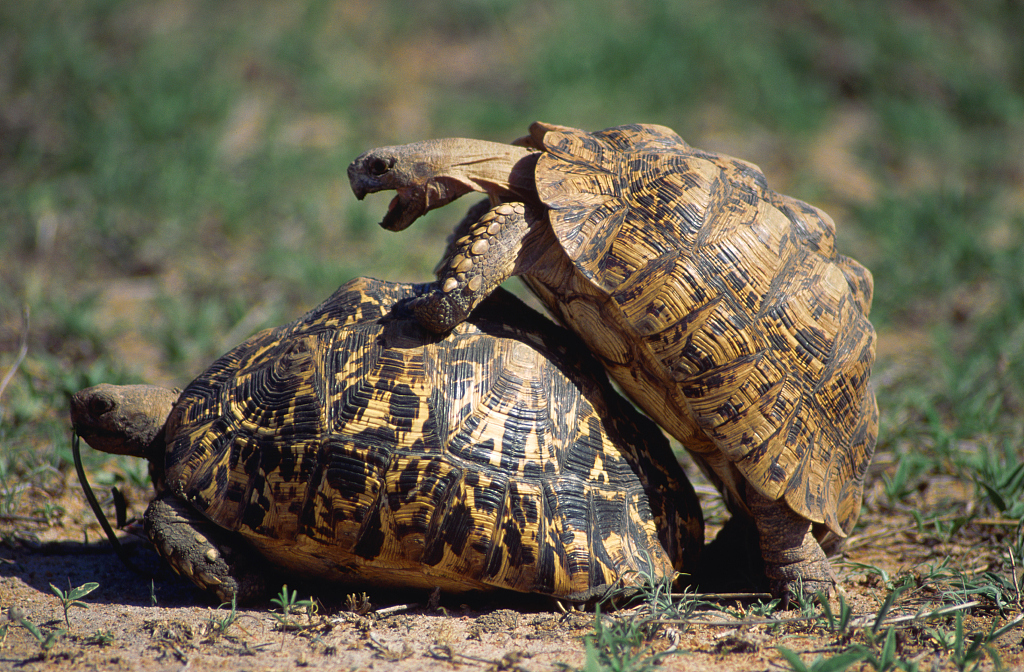 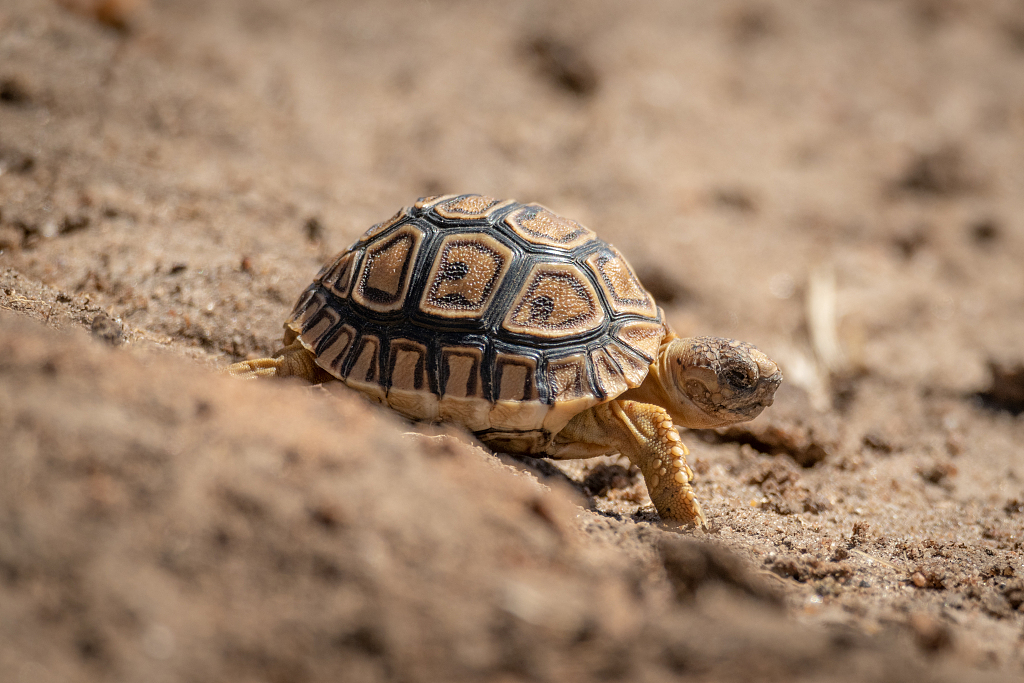 One important thing to note is never pick up a leopard tortoise during winter, as one might cause it to die of dehydration by making it eject stored water as a defense mechanism.