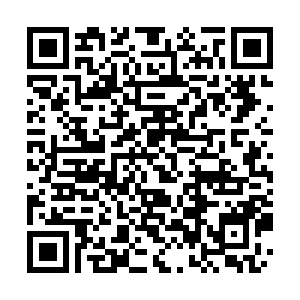 Russian Defense Minister Sergei Shoigu on Friday received a shot of the country's 'Sputnik V' vaccine on the day a study said the COVID-19 vaccine has been shown to prompt antibody response with no serious adverse events in small human trials.

According to preliminary findings published in The Lancet journal, results from the early-phase of the vaccine trials show that two formulations of the vaccine have a good safety profile detected over 42 days, and induce antibody responses in all participants within 21 days.

The official Twitter account of the Russian Embassy in India uploaded a video of Shoigu receiving the shot of the vaccine on Friday. 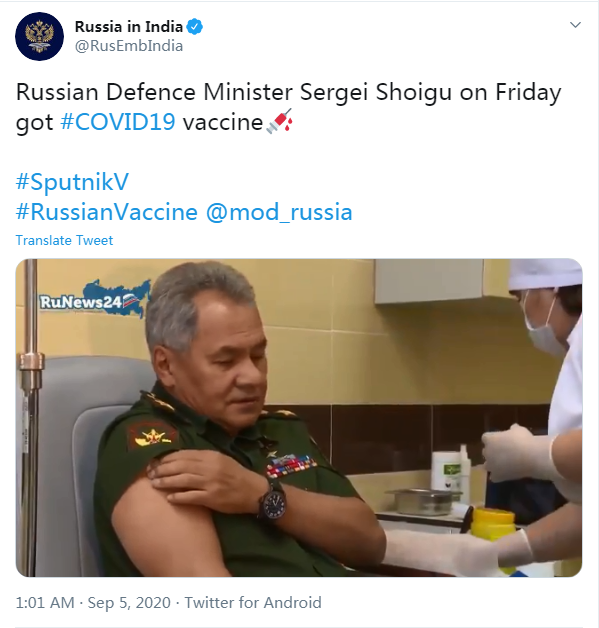 The minister said that all medical staff of Russian military and the military officers will receive the vaccine voluntarily first, and then expand to the whole military, according to CMG reporter.

The vaccine was approved by the Russian government on August 11. President Vladimir Putin personally broke the news on national television and said that one of his daughters had already been vaccinated, experienced slight side effects and developed antibodies. Since then, several high-profile officials also said they had taken the shots, including Moscow Mayor Sergei Sobyanin and now Defense Minister Sergei Shoigu.

(Cover photo: an employee works with a coronavirus vaccine at the Nikolai Gamaleya National Center of Epidemiology and Microbiology in Moscow, Russia, on August 6, 2020. /Russian Direct Investment Fund)